Arizona's largest police department has only 300 body cams and 2,945 officers

The Phoenix Police Department is seriously lagging behind other Valley police departments when it comes to equipping its officers with body cameras. 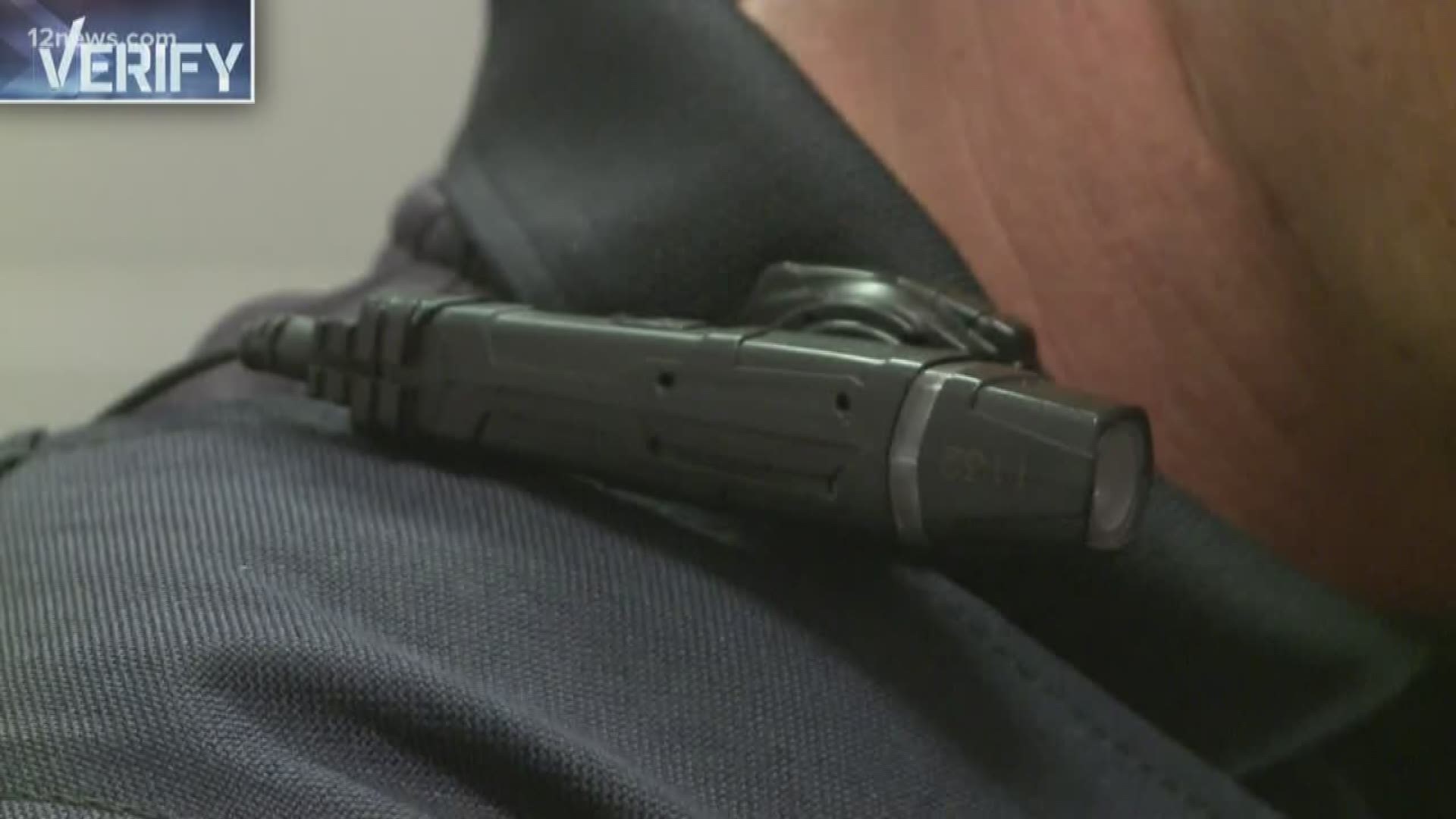 PHOENIX — A Phoenix police officer shot a suspect Sunday after he allegedly tried to grab the officer's gun, the Phoenix Police Department said.

The shooting marked the 60th officer-involved shooting in Maricopa county in 2018.

Police say the man was unarmed but charged at the officer. However there was no video of the incident, as neither of the two officers on scene had a body camera assigned to them.

The Phoenix Police Department has 2,945 officers.

To be fair, normally only patrol officers or those who interact with the public are normally assigned body cameras.

Glendale, Chandler, Surprise all say every patrol officer is assigned a body camera.

“We want that as well. We are pushing to make sure every officer in patrol has a body-worn cam assigned to them," Fortune said.

There are plans to have 500 body cameras available by the beginning of 2019, although no vendor has been selected yet. Money is a major factor for the department when it comes to purchasing the body cameras.

The Phoenix Police Department also put purchasing on hold back in January of 2017, saying at the time, it was concerned over keeping the technology up-to-date.