The company says donors, the majority of who are out-of-state, have given 9,000 Arizona teachers more than $12 million over the last decade. 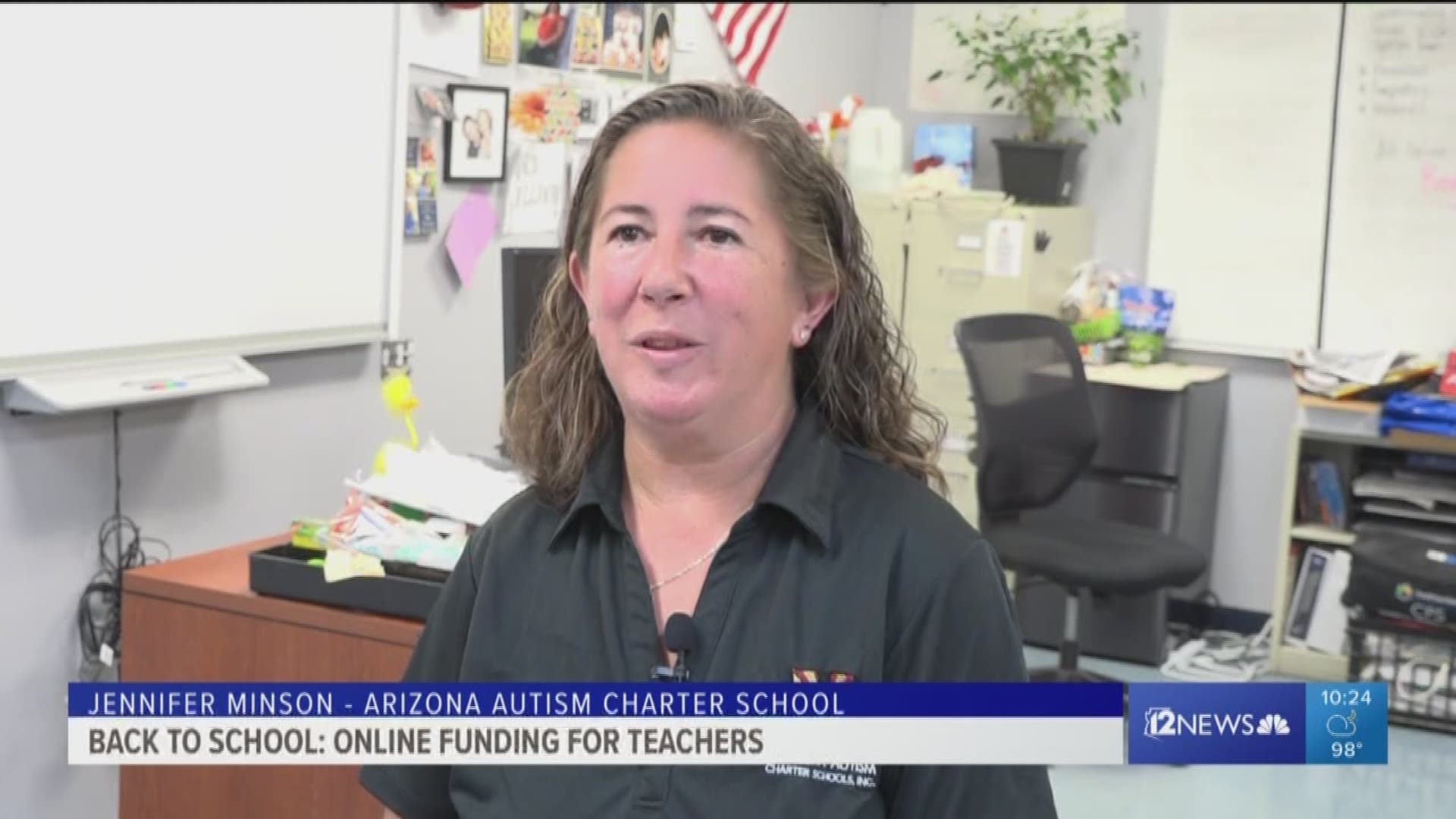 It’s no secret that Arizona teachers struggle when it comes to supplies and many of them are taking matters into their own hands - going online to get the gear their students desperately need.

The Red for Ed movement highlighted the many hardships facing Arizona educators, including their lack of access to supplies.

According to the National Center of Education Statistics, 94 percent of American teachers dip into their own salaries for supplies. Many educators, including those in Arizona, are now using the site DonorsChoose.org to get the funding they need.

“The need is high,” said teacher Eva Gilliam of Crestview Preparatory. “Most of my students do not come to school with supplies, so often I use DonorsChoose."

Here’s how it works:

A teacher – or student with a teacher's approval – creates a project, an online posting, describing what they need and why.

If 100 percent of the money comes through, the non-profit website buys and ships the gear. DonorsChoose says donors have given 9,000 Arizona teachers more than $12 million over the last decade– over half of the money comes from outside the state.

“There’s a stigma out there that teachers want too much, and they don’t realize that the funding is earmarked for different things and we can’t use it for that stuff,” Gilliam said.

DonorsChoose says more than 3/4 of the funded Arizona projects have gone to schools where more than half the students are from low-income communities.

Gilliam says she’s used the money for all sorts of things, from colored pencils, to trips for students who’ve never even left their neighborhood. After her students said they didn't know where eggs came from, she funded an incubator.

This year, Gilliam says she’s in desperate need of Chromebooks for testing. Some of her students, she says, are unfamiliar with the internet.

Gilliam has funded nearly 60 projects online, but Jennifer Minson, a teacher at Arizona Autism Charter School, is attempting her first. She needs computers too.

“It’s hard some days when you don’t have everything you need," Minson said. “Our kids are so unique, and they have such needs, and we want to provide them with the best opportunities out there."