Republicans disagree over how far to go in legislating behavior for laws punishing distracted drivers. 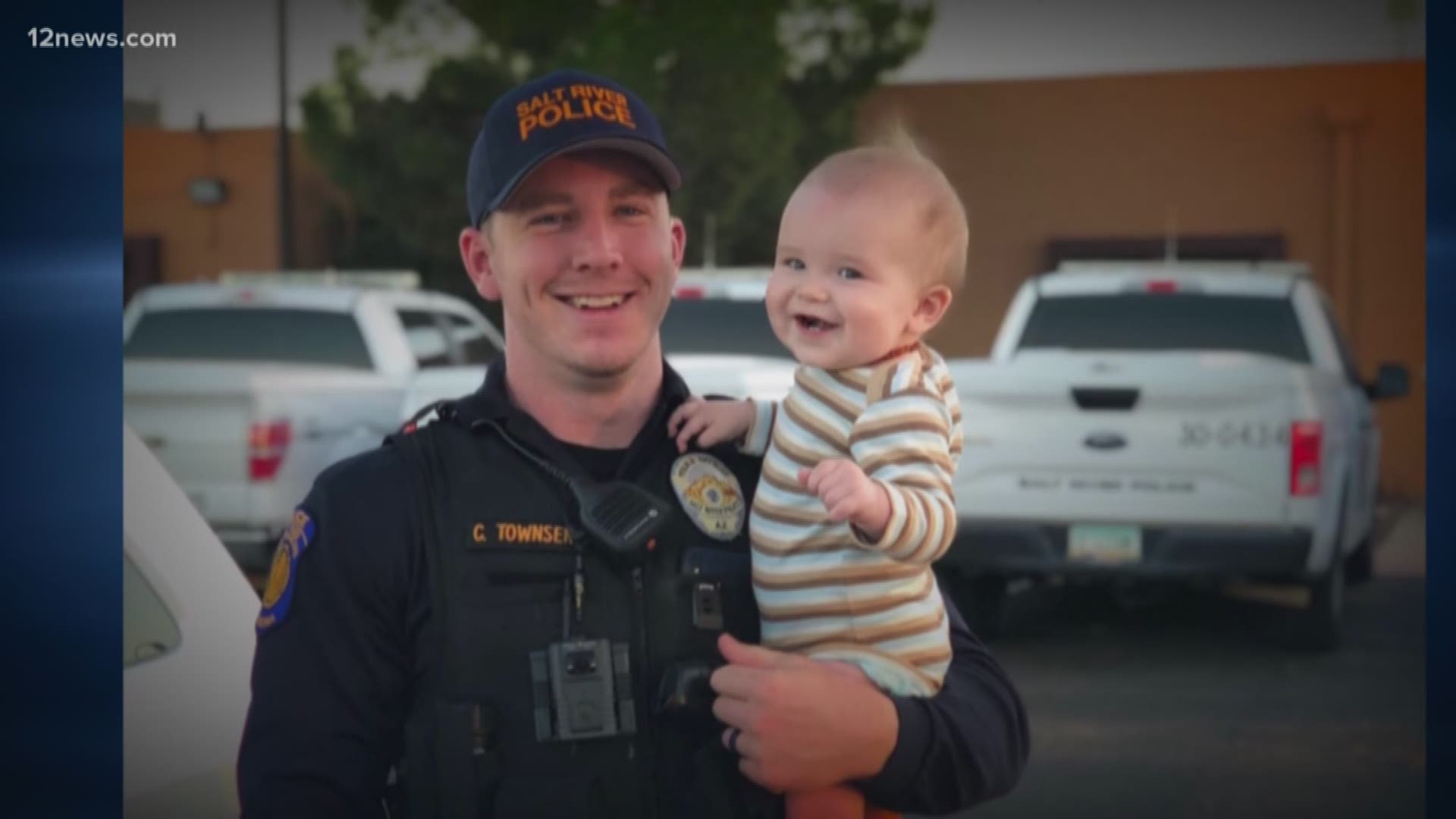 PHOENIX — The death of a police officer struck by a driver who was allegedly texting his wife may be a catalyst for Arizona lawmakers to restrict phone use behind the wheel following a decade of failed attempts. It is one of only three states without a texting ban.

The Senate has passed three bills to punish distracted drivers, but they're held up in the House, where majority Republicans disagree over how far to go in legislating behavior.

"People are losing their lives, much like recently officer Clayton Townsend," said Brendan Lyons, who founded the group Look! Save a Life to educate about the dangers of distracted driving. After founding the group, Lyons was forced to leave his career as a firefighter when he was struck on his bicycle by a driver who looked at his phone.

Townsend, a Salt River tribal police officer, was standing next to a vehicle he'd stopped on a Scottsdale freeway when he was hit by a vehicle on Jan. 8. Authorities say the driver of that vehicle was texting his wife.

The Senate has voted twice to outlaw any hand-held phone use by the driver of a moving vehicle, and also backed an alternative bill that bans any practice that distracts a driver in an unsafe manner.

House Speaker Rusty Bowers said he's working to find a compromise among fellow Republicans and expects to allow a vote before the end of the Legislative session later this spring. Some prefer that officers be allowed to ticket cellphone users only if they make a stop for another reason. Others want to see different rules in urban and rural areas. And some say legislation is unnecessary because officers can already stop people acting dangerously.

"There are nuances," Bowers said. "We'll try to put this together. I want to get something."

RELATED: These Arizona bills are worth paying attention to in 2019

Republican Sen. Kate Brophy McGee, who sponsored the bills banning hand-held phone use, said she's confident it will overcome the opposition of what she called a "vocal minority" in the House that wants it to be a "secondary offense" that can be ticketed only if a driver is stopped for another reason.

Lawmakers voted in 2017 to ban cellphone use by teenagers with a learner's permit or during the first six months after they get a regular license. And school bus drivers are not allowed the text. But other efforts have repeatedly failed.

All states but Arizona, Montana and Missouri ban texting while driving and 16 prohibit holding a phone, according to the National Council of State Legislatures.

More than two dozen Arizona cities and counties have their own restrictions on cellphone use while driving, according to Lyons. Nearly all ban any hand-held phone use, though the cities of Phoenix, Fountain Hills and Flagstaff only ban texting, he said. 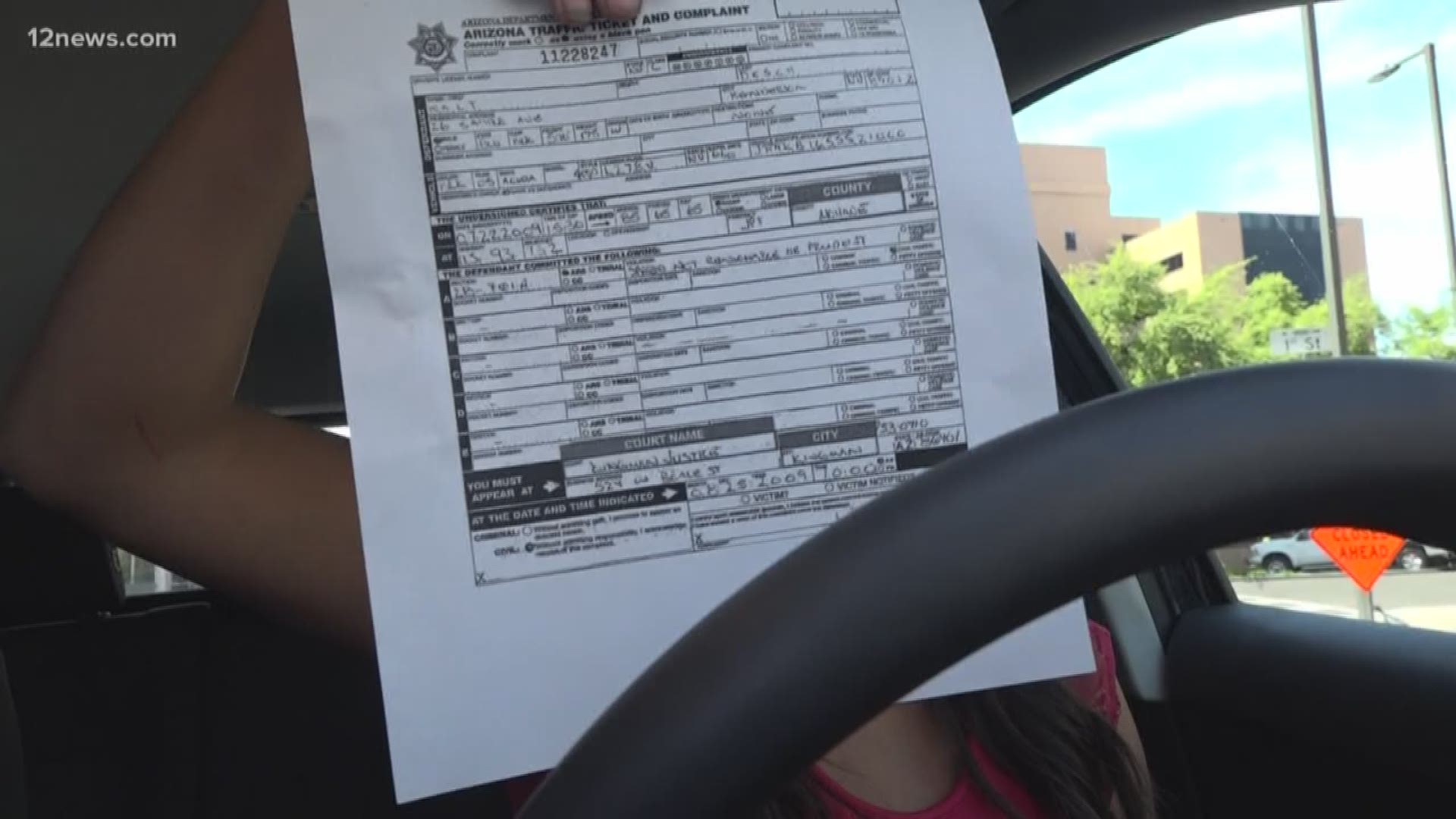 A ban on all hand-held phone use is easier for police to enforce and protects privacy because an officer doesn't need to know what someone was doing on their phone to write a ticket, Lyons said.

"The safety on our streets is incredibly important," Ducey told reporters last week. "These devices are magical, they help us do many things, but they've also distracted many of our drivers."

Brophy McGee's bill would make it illegal for drivers to write or read anything on their phone or to hold it unless the vehicle is parked or stopped at a red light or railroad crossing. Calls to 911 would be allowed. Police could issue warnings until 2021, when they could begin writing tickets carrying fines of $75 to $149 for a first offense and up to $250 for a second.

A separate proposal by Republican Sen. J.D. Mesnard doesn't explicitly ban texting, but rather outlaws any behavior that isn't related to driving if it causes an "immediate hazard" or prevents the driver from controlling their vehicles.

Some Republicans say Mesnard's bill is preferable because it doesn't single out cellphones.