Congressional Democrats introduced a comprehensive bill that would remake the U.S. immigration system. The bill has President Joe Biden's support. 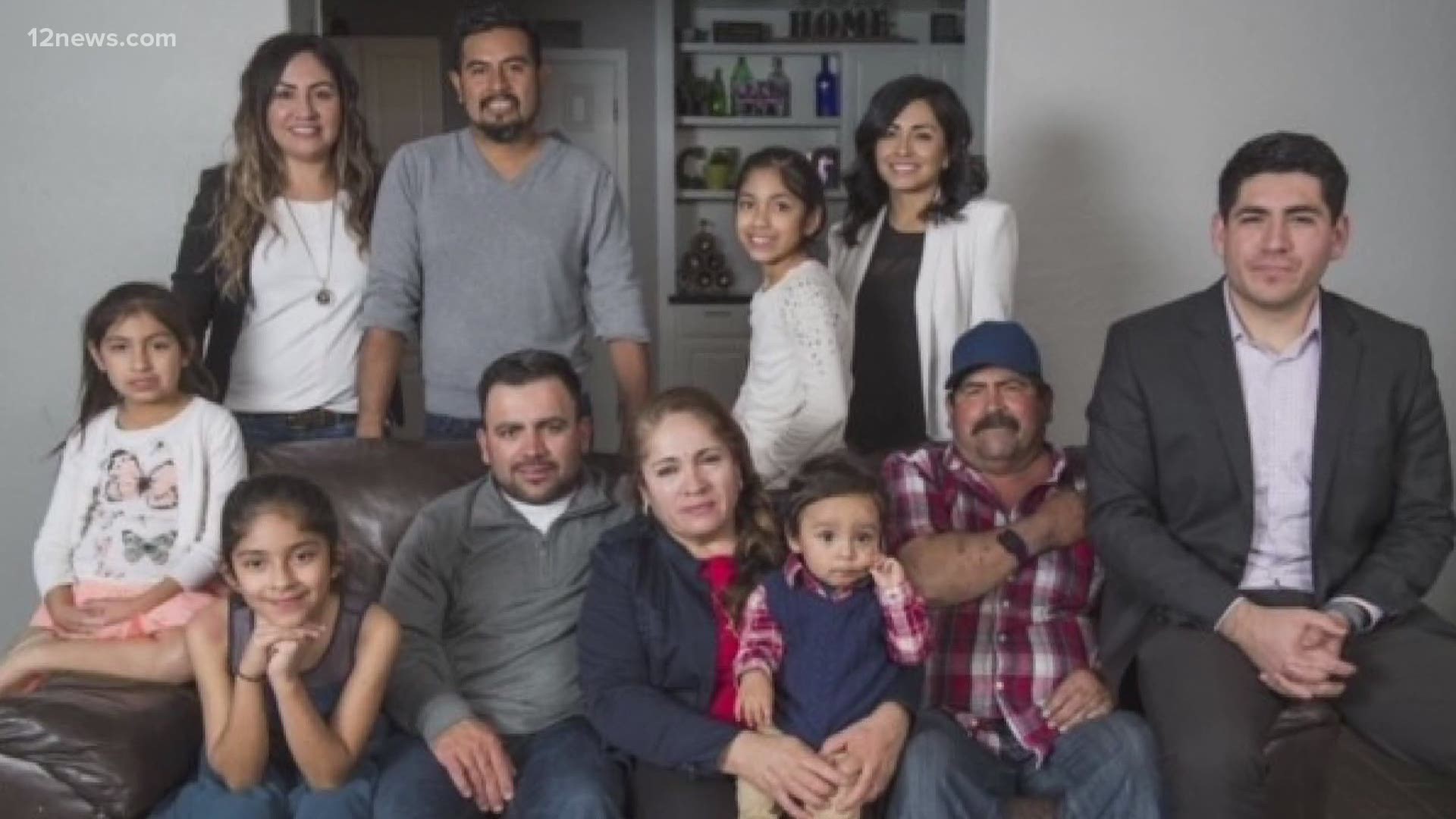 ARIZONA, USA — Legal status for the estimated 11 million undocumented immigrants in the U.S. is part of a new proposal Congressional Democrats introduced Thursday. The bill has been endorsed by President Joe Biden.

“It’s time to bring all 11 million undocumented immigrants out of the shadows,” said Menendez during a Zoom press conference. He added the measure was an attempt to modernize the system and move beyond former President Donald Trump’s “hateful horror show.”

“I just want to be able not to think about a possible deportation all the time,” said José Patiño, a Deferred Action for Childhood Arrivals recipient who was brought to the U.S. from his native Mexico at age 6.

For almost three decades, Patiño’s family lived without an immigration status until he and his three siblings were protected under former President Barack Obama’s executive action, DACA. Now under the new Democratic proposal, that protection could be permanent.

The legislation includes an eight-year pathway to citizenship for people in the country unlawfully who arrived by Jan. 1st of this year. Those who qualify could get permanent residency for five years, and wait another three years to get citizenship. Currently, the wait is 13 years.

People protected under DACA, Temporary Protective Status, also known as TPS, and farmworkers could qualify for a green card and citizenship in three years. Individuals would have to meet certain requirements, including passing background checks.

The bill calls for enhancing technology and infrastructure at the border and set up refugee processing in Central America to try and prevent migrant caravans.

The current administration plans to invest $4 billion to combat corruption and socioeconomic problems in countries like El Salvador, Honduras, and Guatemala to tackle the “root causes of migration.”

End of the word ‘alien’

The measure proposes the elimination of the word "alien" from immigration laws and replaces it with the term "noncitizen."

Currently, immigration terminology defines "alien" as “any person not a citizen or national of the United States." Under the proposal, that meaning will now be for the word "noncitizen."

Immigration activists have long deemed the word "illegal alien" as dehumanizing, and it was heavily used as an insult to undocumented immigrants during the Trump administration.

Under this bill, asylum seekers wouldn’t have to wait one year to file an asylum case and more funding would be directed to U.S. Citizenship and Immigration Services in an effort to reduce the backlog of cases.

Funding would be geared towards hiring additional immigration judges and counsel to aid children and vulnerable individuals.

Penalization for entering the country illegally would be eliminated under the legislation. Currently, there is a prohibition to re-enter the U.S. for three to 10 years if previously crossed undocumented.

E-Verify, the Department of Homeland Security’s electronic system that lets employers verify an employee’s immigration status, will continue to be voluntary, but not required, under the measure. It would also increase worker protections among immigrants who denounce work violations and increase penalties for companies that employ and exploit undocumented workers.

The proposal wants to increase the amount of "diversity visas" that are randomly given out to certain countries to promote immigration from 55,000 to 80,000.

In a statement to 12 News, Sen. Mark Kelly said “For decades, Arizonans have known all too well what it means to have Washington fail on border security and immigration policy. In recent weeks I have visited the U.S.-Mexico border, toured the Douglas Port of Entry, and spoken with stakeholders across the state – it’s clear there is a lot of work to do to improve border security and fix our broken immigration system. Parts of those solutions include investments in advanced technology and staffing at the border, upgrading ports of entry, providing a pathway to citizenship for Dreamers and keeping their families together, addressing root causes of migration, and modernizing our legal immigration system to set Arizona’s economy up for success. As I continue working with my Republican and Democratic colleagues, and the administration, I’ll evaluate any proposals to reform our immigration system based on if it improves border security, honors our values, and supports Arizona’s economy.”

Who didn’t back the legislation was Congresswoman Debbie Lesko, who said “This partisan immigration plan puts our country at risk. The plan encourages illegal immigration by granting mass amnesty to those who have entered our country illegally, and fails to secure our border, putting American families at risk.”

As this new bill proposal is more progressive than the 2013 legislation, Democrats said it is a starting point to bring to the negotiating table.

“I’m hopeful, it would mean a life-changing experience for [my family] and for myself”, said Patiño. “Just not worrying about driving to church or go to school and pick up grandkids and them be afraid that something is going to happen.”