Due to popular demand, Jason and Kimberly Garde shared the process online. The eggs hatched just ahead of Mother's Day! 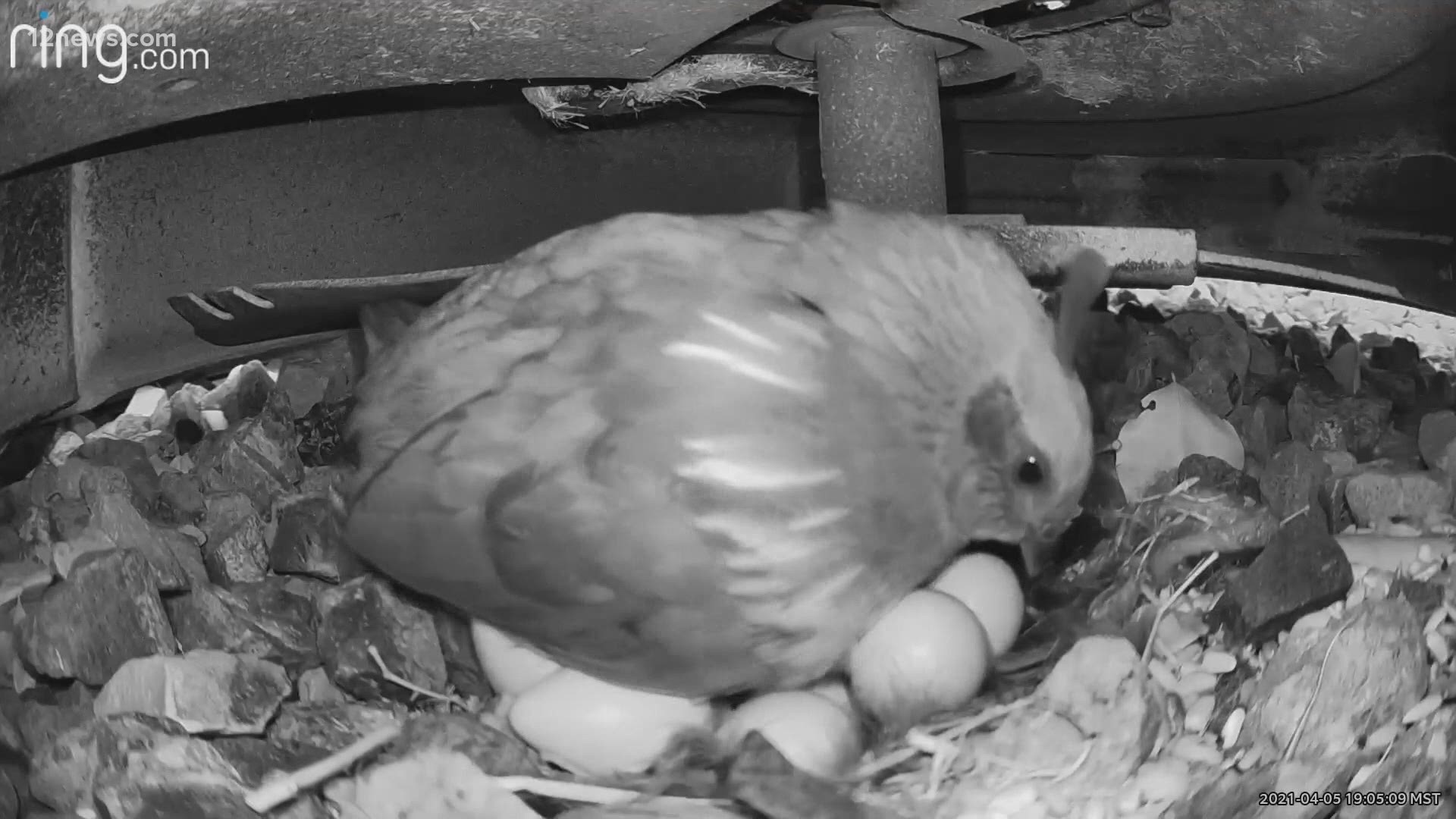 A local couple out of Anthem fostered a momma Quail and her eggs. And due to popular demand, Jason and Kimberly Garde shared the process online.

It all started just weeks ago when Jason discovered the mother and her eggs nestled underneath his lawnmower blade.

“He kept telling me that those eggs better hatch soon because he needed to mow the lawn. And I told him ‘That he would not be mowing the lawn. What if we were gonna get an HOA letter, we were just going to get a letter. Because we were going to leave that nest alone and watch the babies hatch,’” Kimberly said.

People were pumped to watch the process unfold. Even AZ Game and Fish shared some clips.

“So you really get emotionally involved with it,” Jason said, “dare I say. Then once they hatch, you see this little cotton ball with legs running around. And then it’s like, oh yeah, this is really cool!”

The baby quails were born just ahead of Mother’s Day!

“I was posting updates to Facebook, ya know, as fast as I could,” Kimberly said, “so that everyone could see all the babies!”

“Given that it’s Mother’s Day,” Jason said, “and then when I saw a baby quail actually climb up and stand on the mother’s head, I think that mother quail wins the Mother’s Day award for sure!”

As for what to do if you find orphaned wildlife on your property, Kristy Morcom of Wildlife World Zoo said it is usually best to leave them alone! Their parents are typically nearby. But, if you do see clear signs of injury or illness, contact a licensed wildlife rehabilitator.

Jason said this whole experience has certainly made him more aware of wildlife, adding he now moves boxes around very carefully, for example.

The 12 News family hopes you have a great Mother's Day!