Arizona could roll back teaching of evolution in classroom

Teachers say they were shocked when the words "evolution" and "evolve" were crossed out of their draft of K-12 science standards, which was released in March. 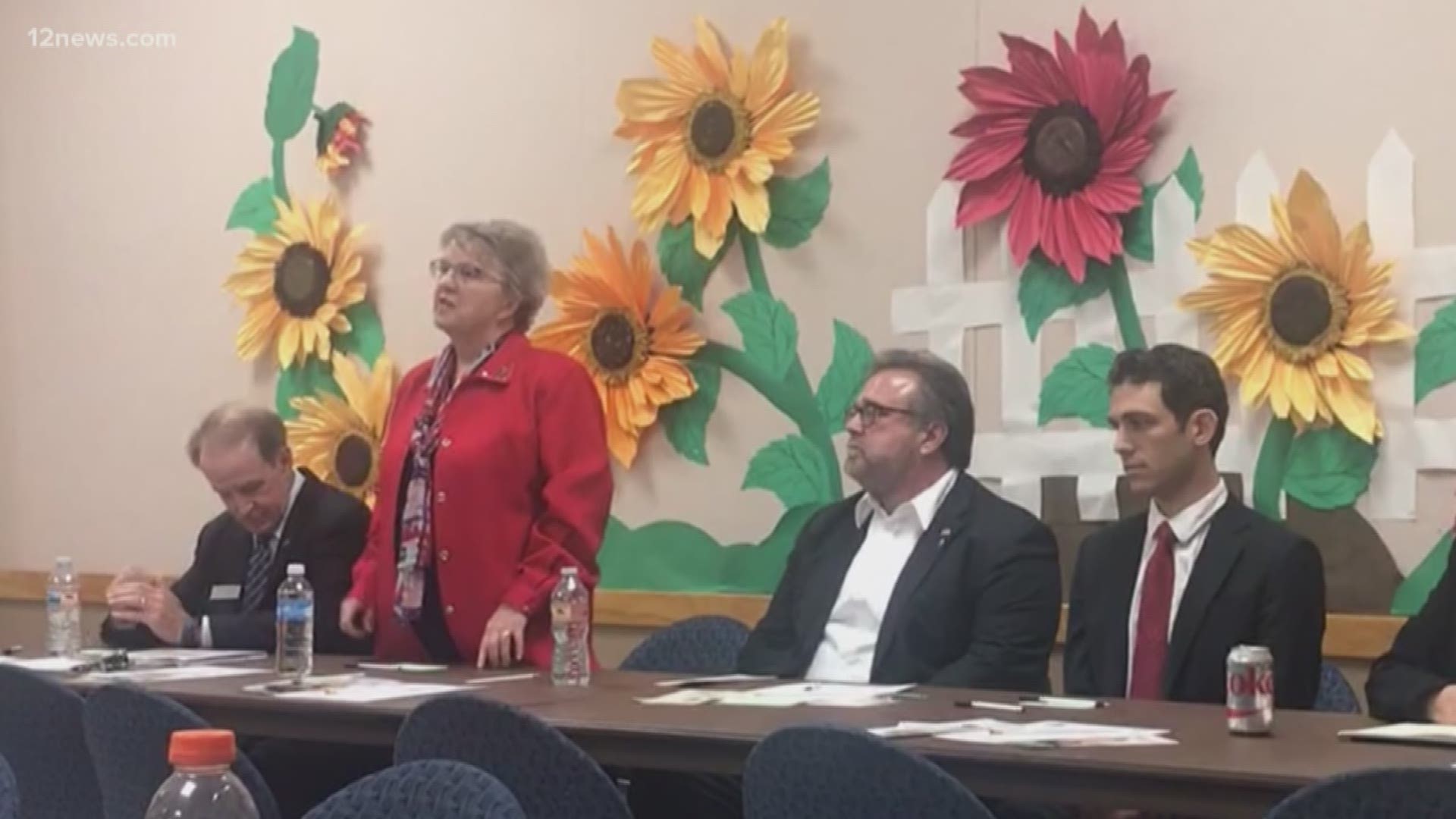 PHOENIX - The teaching of evolution in Arizona classrooms could be taking a big step backwards.

School Superintendent Diane Douglas is apparently behind a rewrite of science standards for all Arizona school children that would delete references to evolution.

Audio obtained by 12 News shows Douglas believes a version of creationism, called “intelligent design,” should be taught in tandem with evolution.

The proposed science standards could leave it up to teachers to decide which one students should learn.

Amber Struthers, a science teacher at the Jones-Gordon School in Paradise Valley, compares a rollback of evolution in the classroom to not teaching students about gravity.

“This would be something I would definitely be incredibly uncomfortable with,” said Struthers, a teacher for 12 years with five science degrees, including a doctorate.

“It would be a huge missing gap (for students) in understanding core concepts in science," she said.

Struthers was a member of a team of about three dozen Arizona teachers who drafted new science standards, which were presented to the Arizona Board of Education. It’s the first update in almost 15 years.

Teachers say they were shocked when the words “evolution” and “evolve” were crossed out of their draft, which was released in March.

Struthers said the deletions went beyond the usual revisions by Department of Education staffers, which typically amount to no more than corrections of grammar.

Tory Roberg, whose two children attend the Washington Elementary School District, said she was “horrified” at an April public hearing on the proposed science standards at the Department of Education.

“They were dumbing down our evolution standards,” she said. “I want my kids to learn science in science class.”

Back in November, Douglas, who is running for a second term this fall, shared her thoughts about the science standards at a Republican candidate forum in Tempe.

“Should the theory of intelligent design be taught along with the theory of evolution? Absolutely,” Douglas said in response to a question, according to audio of the event provided to 12 News.

“I had a discussion with my staff, because we're currently working on science standards, to make sure this issue was addressed in the standards we're working on.”

Jonathan Gelbart was the only one of five superintendent candidates at the forum to reject intelligent design.

"I think we should stick to scientific theories in our schools," he said.

The so-called “Theory of Intelligent Design” is a sophisticated update and rebranding of creationism -- the religious belief in the existence of a creator.

“It is not a scientific theory,” Struthers said.

In 2005, a federal judge in Pennsylvania blocked a school district from teaching intelligent design, declaring it an unconstitutional advancement of a religious viewpoint in public schools.

A Douglas spokesperson said she wouldn't comment on the proposed standards until they come before the Arizona Board of Education for approval in June.

The public can comment until May 28. You can provide feedback online at this link.