The number of migrants at the U.S.-Mexico border continues to surge. Some Arizona sectors have seen activity nearly double over the last month. 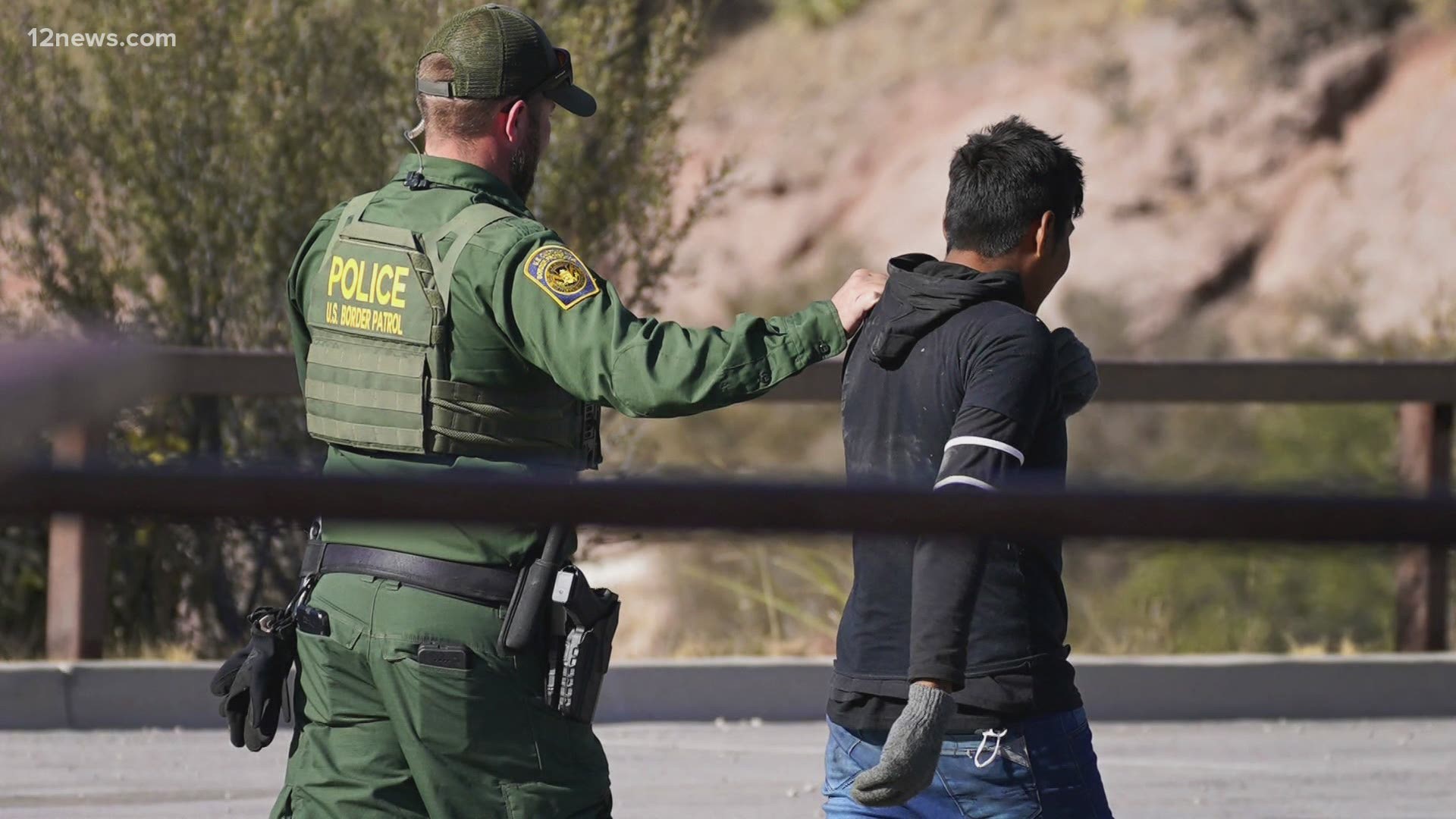 YUMA, Ariz. — Arizona border town leaders are asking for federal help as the number of migrants arriving at the U.S.-Mexico border nearly doubled in some sectors in the last month.

Recently released data by Customs and Border Protection shows there was a jump in unauthorized border crossings from January to February in the Yuma sector.

About 370 unaccompanied minors were apprehended crossing the border compared to about 210 at the start of the year.

“We’ve gone from months where we were seeing 20 a day, and now we’re seeing upwards to 450 a day," said Vincent Dulesky, special operations supervisor for the Yuma Border Patrol.

Yuma Border Patrol said out of the 126 miles in their sector, five miles have a Normandy fence barrier instead of the 30-foot-tall steel wall. It is in this small stretch of land that the influx of border crossings is happening, mainly as the sunsets.

CBP said last week the number of encounters at the border has been rising since April 2020 due to ongoing violence, natural disasters, food insecurity and poverty in the Northern Triangle countries of Central America.

But for Marin Salgado, the director of Casa de Migrante, a refugee shelter in San Luis Rio Colorado Sonora that serves meals and a bed to sleep in for recently deported people for up to three days, President Joe Biden’s election victory and his promise to reform immigration policy has also fueled the surge.

“In good faith, President Biden tried to make more flexible measures regarding immigration, that has caused a wave of people trying to cross,” Salgado added.

Organized crime, or coyotes, also misled some people who wanted to migrate to the U.S., Salgado said. Many of the immigrants he’s helped, said they were told Biden’s 100-day pause on deportations meant they would automatically get asylum, which motivated many to make the long journey.

“Confused with the news plus misled by people, the flow [of migrants] increased at least along this border,” Salgado added.

When migrants are apprehended by Border Patrol, many are deported back to Mexico. Because of current policies Cubans, Brazilians, Venezuelans, and unaccompanied minors are allowed to stay seeking asylum.

“We’ve had over 1,000 people come through the border patrol and be released into Yuma over this last month,” Nicholls said. “It’s a big concern, we don’t want to continue in the way we are because it’s unsustainable.”

Yuma currently doesn’t have a shelter system set up for migrants nor has the capability to build one, and because of the pandemic, transportation options have been reduced, the mayor added.

In recent weeks, area non-profits had to bus migrants to Tucson as a result of this.

In 2019, the last migrant surge, the Yuma Salvation Army sheltered migrants as they navigated their proceedings, but the organization no longer owns that facility. If called upon, their level of involvement “would not be anywhere near what it was in 2019,” the non-profit said in a statement.

The Biden administration ordered FEMA to help migrant children in overcrowded shelters in Texas as Border Patrol is detaining more than 3,200 unaccompanied minors at facilities.

Nationwide, border agents had a record 100,441 encounters with migrants crossing into the U.S. illegally in February, a 28% increase from the previous month.

“It’s truly a federal issue, it needs a federal solution, not a Yuma solution,” said Nicholls as he calls the federal government for help.

“Without more resources, we can’t protect our own communities, as well as migrants coming through.”