The Arizona Diamondbacks reliever took to social media asking for help finding his missing golf bag with the hashtag "#FINDARCHIESBAG." 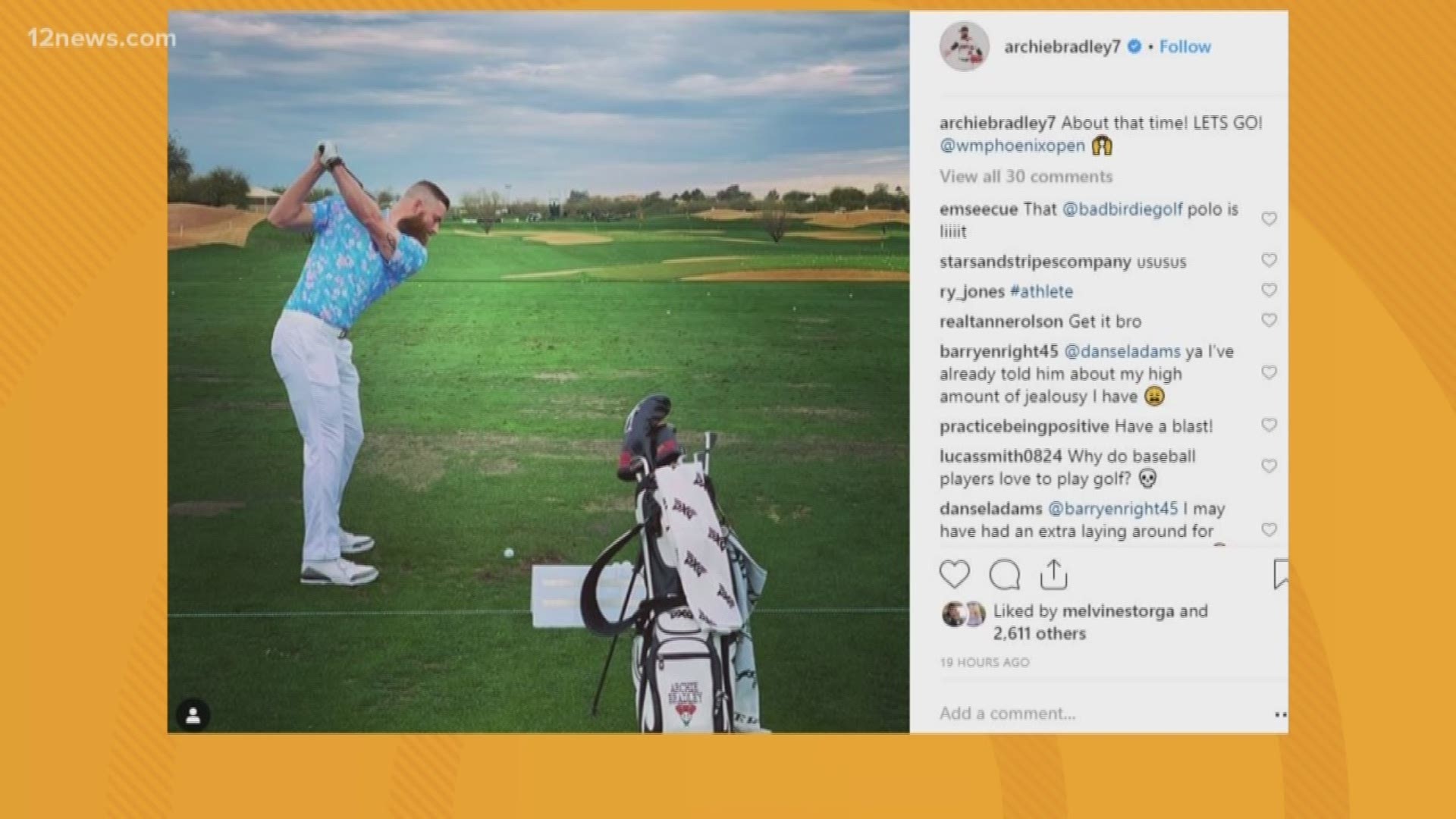 With that famous beard, a bright, blue Hawaiian shirt and his dad as his caddie once again, Archie Bradley seemed to have an absolute blast teeing off in the Waste Management Phoenix Open Pro-Am Wednesday.

A quick gander at the Arizona Diamondbacks reliever's Instagram story shows he definitely embraced the party atmosphere of the infamous 16th hole. Bradley even had some D-backs swag for the fans in the stands.

"The most famous hole in golf. The best hole in the entire sports world right here, let's gooo!" Bradley said in a series of videos on his Instagram as he walked to the 16 tee box. "It's amazing."

But when his golfing day was all done, it appears Bradley wasn't having such a good time anymore. His PXG golf bag, which features his name and the Diamondbacks logo, went missing.

"I really think someone stole my clubs," he said.

Bradley said he left his clubs on the 16th hole and they weren't at valet when he was done.

"And now they're gone," he said. "We need to find these clubs, let's rally together Phoenix."

Along with his clubs, Bradley said the bag had his wallet and other things including phone chargers and his dad's sunglasses.

"If we can't find these club we're going to have some serious issues," he said. "Please, let's come together and find Archie's golf bag."

The Scottsdale Police Department said it was investigating the theft.

Bradley took to social media asking for help finding his missing bag with the hashtag "#FINDARCHIESBAG."

He said he'd keep everyone updated on the whereabouts of his clubs. He later tweeted Thursday that his bag was "definitely stolen by a sill kid."

PXG did send him some replacements clubs Thursday. Bradley shared a video of the new clubs delivered with balloons on his doorstep.

"Love this community," he tweeted.

This isn't the first time the D-backs pitcher has used social media to help find something important that went missing.

When his dog Crash went missing back in July of 2018 he took to Twitter and Crash was found safe.