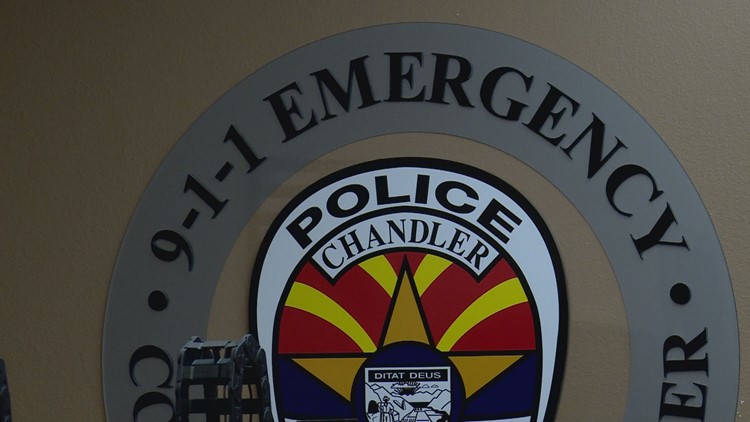 CHANDLER, Ariz. - Over 200,000 times a month, calls come into 911 centers around the Metro Phoenix area. And each time, before anything else, call takers are trained to answer, " 911, what is your location?"

"We can't help anybody, until we know the location to get units there," Liz Graeber, 911 administrator for the Maricopa Region explained.

Knowing where to send help has become increasingly difficult as the age of wireless technology has outpaced traditional modes of communication, such as land-line phones and early cellular devices.

Nationally, emergency response managers report 80 percent of all 911 calls are now made from mobile phones. As such, and contrary to popular belief, a caller to a 911 center does not immediately have their location transmitted to the dispatch center.

"People assume we always know where they're at, which is definitely untrue," City of Chandler dispatcher Contessa Folker said.

Instead, she says, dispatchers get a large cell tower "ping" estimate on a map as to where the cellphone user might be at the time of the call.

Coming in fall of 2018 and coinciding with Apple's release of their latest operating system, IOS 12, an emergency communications company, RapidSOS will be embedding new, tracking type technology that will take just about all the guesswork out of where a 911-type emergency is happening.

In the future, "When you dial 911," Jeff Robertson, general manager of public safety for RapidSOS said, "the caller doesn't have do anything. It sends the dispatchers an accurate location of where your device is."

Where the "device" is: That's the key to this new system. Company testing, Robertson says, has demonstrated significant improvement in response times across a number of different scenarios.

"Having that information—especially if the caller can't tell us where they're at—is going to be invaluable," Graeber said.

When asked about privacy concerns when it comes to tracking technology, Robertson says the location data is only sent to dispatcher operations when a 911 call is actually placed. He added that the information is then only stored for a short time on RapidSOS servers before it is deleted.