Another night of protests in Memphis

People gather in Downtown Memphis for a peaceful protest regarding deaths of George Lloyd, Ahmaud Arbery, and Breonna Taylor 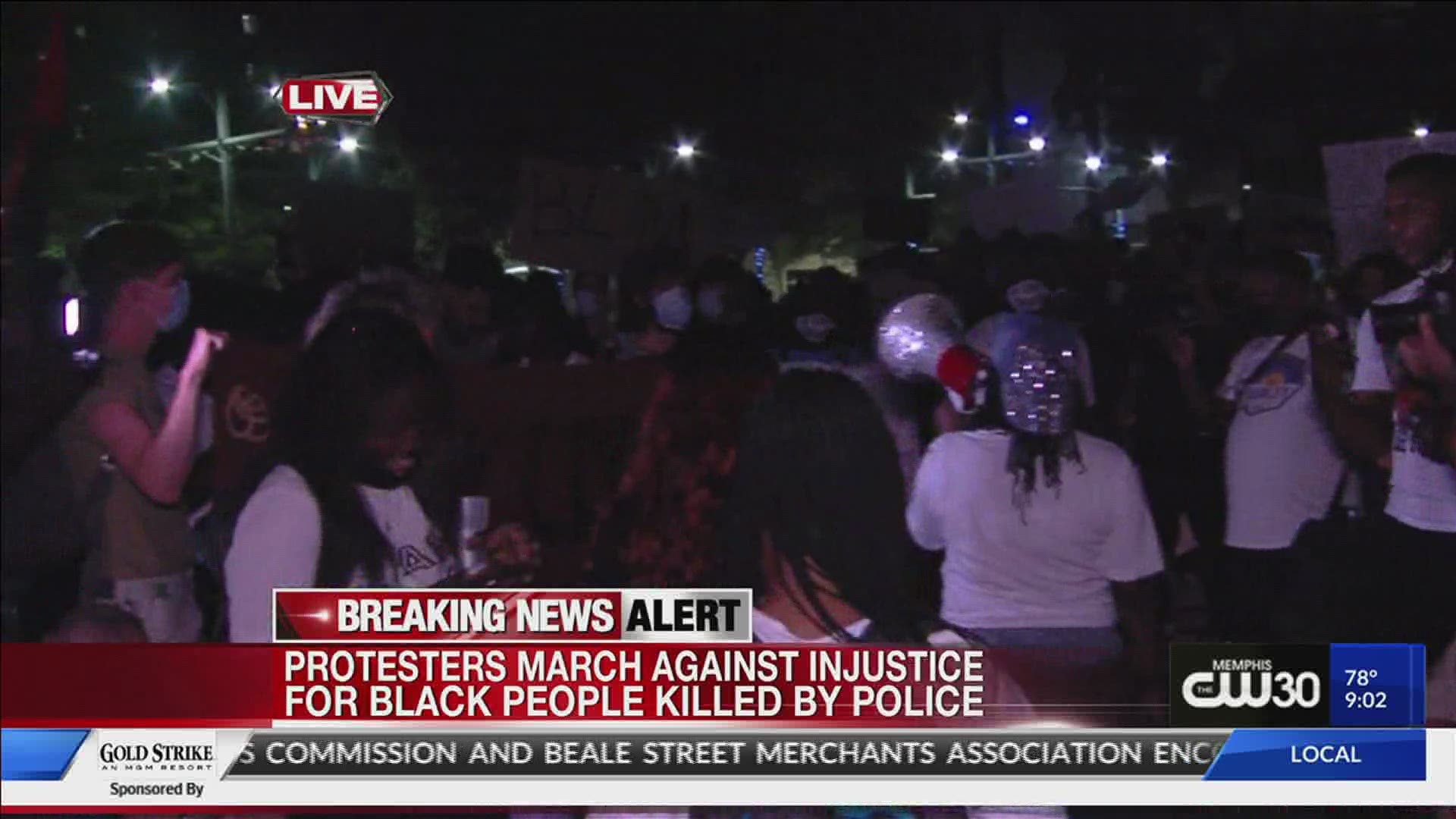 For the third night in a row, people marched and gathered in Memphis streets from midtown to downtown for justice for the recent high-profile deaths of African Americans across the country.

George Lloyd, Ahmaud Arbery, and Breonna Taylor all were killed recently, and their deaths have prompted protest marches in several cities.

Friday night’s protest started around 7pm outside of the FedExForum and made its way to city hall before ending up at the National Civil Rights Museum.

Local 24 News will continue to update this story as the evening unfolds.

RELATED: A look at differences in how Memphis Police handle different protests

RELATED: We are at a tipping point - but there must be justice in the Floyd case