Strep Zoo is a respiratory disease that can be fatal to dogs, but it can also be transmitted to humans, officials said. 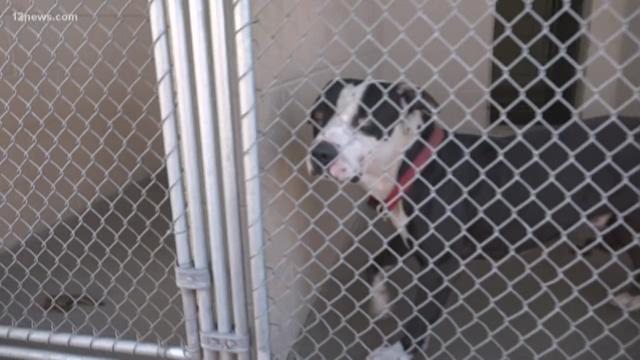 PHOENIX - Maricopa County Animal Care and Control has effectively quarantined one of its shelters because of an outbreak of a deadly respiratory disease.

Strep Zoo is a respiratory disease that can be fatal to dogs, but it can also be transmitted to humans, officials said. People with compromised immune systems are the most at risk and officials said human cases are rare.

"We kind of went into a little bit of a panic mode," MCACC's Jose Santiago said.

The East shelter is no longer accepting new dogs, Santiago said. But they are still adopting animals from that building. Animals showing any respiratory symptoms are being treated with antibiotics before being adopted.

"We've only had one positive case," Santiago said.

Because of the shelter closure, the West shelter in Phoenix is taking all of the animals brought in to Animal Care and Control, leaving an already crowded shelter even more crowded.

Officials have temporarily waived all adoption fees in order to move more animals out of the shelter.