This monsoon season is the wettest since the 1950s, resulting in over 200,000 acre-feet of water in the Salt and Verde rivers' reservoirs. 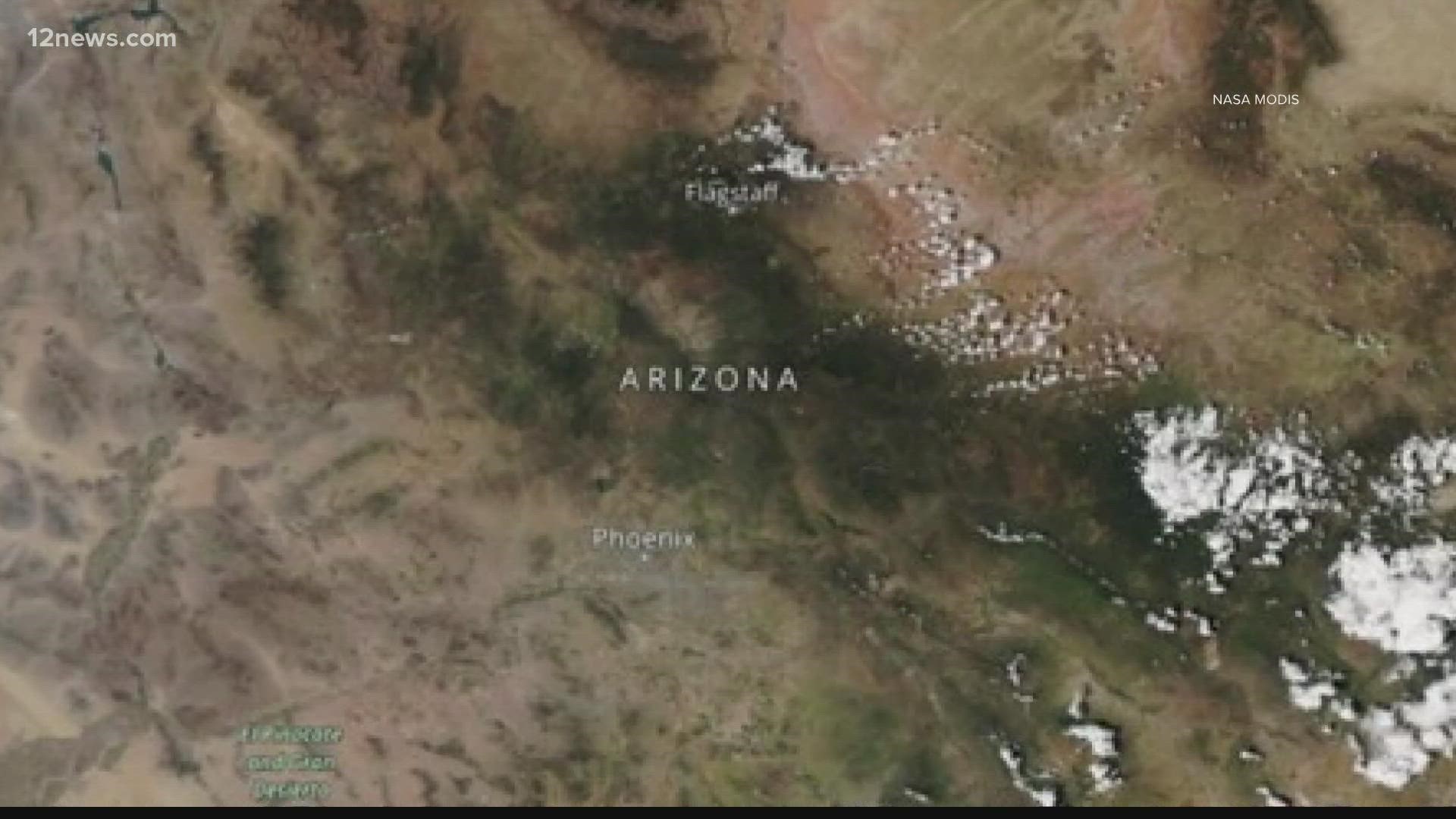 ARIZONA, USA — The storms, dramatic clouds and humidity of this year's monsoon season have brought some good: A boom year for runoff into the reservoirs that supply about half the Valley's water supply.

More than 20 days of measurable rainfall -resulted in Salt River Project reservoirs on the Salt and Verde rivers that were fuller  than they have been in a long time, according to a release from the electric company.

The 2021 monsoon season provided nearly 250,000 acre-feet of inflow into the reservoirs, according to SRP.

One foot of water is nearly 325,000 gallons, which is enough to meet the average demand of about three Phoenix metro households for one year, according to SRP.

SRP provides water for about two million people living in the Valley and provides nearly half of the Valley's supply, according to SRP. Monsoon rains help provide water to the watershed, lower fire risk across the national forest lands and can be a welcome inflow of water into the reservoir system such as what happened this year.

This active season comes after an extremely dry winter -- only bringing about 103,000-acre-feet of water -- the second driest on record, SRP said.

"We know we have great climate variability in the Southwest," said Charlie Ester, Manager of SRP Watershed Management. "The past two seasons demonstrate that by producing the second driest winter season ever followed by the second wettest summer season ever."

The Salt and Verde watersheds are made up of 8.3 million acres of protected forestland of northern and eastern Arizona, according to SRP. The organization also operates CC Cragin Dam that stores runoff from East Clear Creek that can be pumped into the East Verde River.

The SRP reservoirs are not connected to the Colorado River water shortage and restrictions that will take effect in 2022, but the state is still in the midst of a long-term drought.

"Even though we've seen an increase in inflow into our system due to the monsoon rains, we were still at the highest demand of the year," Ester said. "While we are receiving inflow, we have also been releasing water primarily from the Salt reservoirs (including Roosevelt) to meet water demand within SRP's service territory."