‘I was in that predicament’: Death of George Floyd hits close to man in viral video of Phoenix police stop

Police drew firearms on Dravon Ames and his pregnant girlfriend after a shoplifting incident last May. 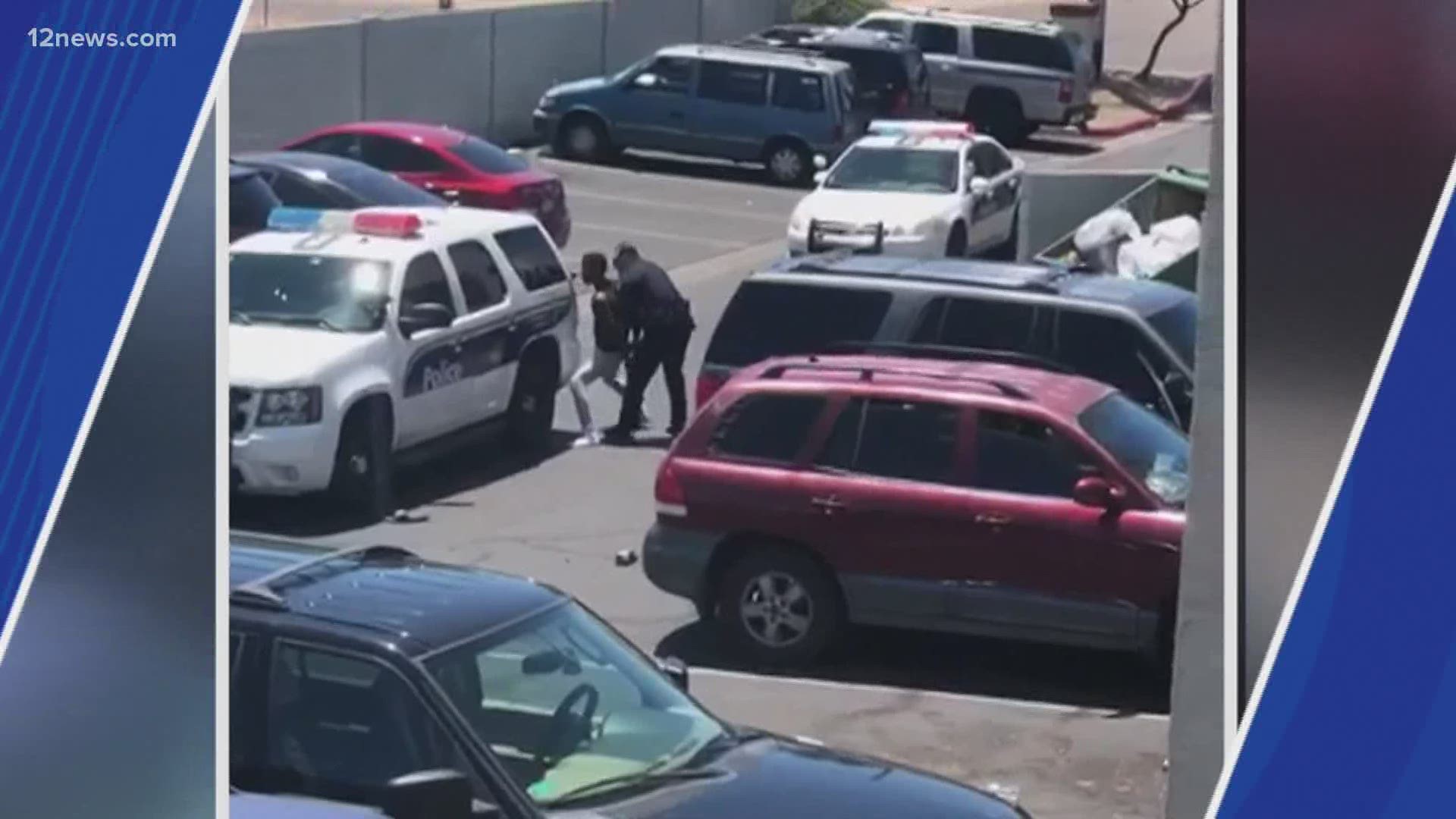 PHOENIX — Protesters have spent the last seven days on the streets of Phoenix asking for justice and change after the death of George Floyd in Minnesota.

The marches come a year after a series of protests in Phoenix when the arrest of Dravon Ames went viral.

The video of Phoenix police stopping and pointing a gun at the Ames-Harper family sparked a push for police reform.

Ames and his family were accused of shoplifting from a dollar store, and officers would stop the car and come out with guns drawn.

The video caught by bystanders showed police putting Ames on the ground by leg sweeping the father while another officer pointed a gun at Ames' pregnant girlfriend.

"It was a whole year ago, but there are still some effects sometimes but when you see new things going on it sparks back. Like, 'dang I was in that predicament,'" Dravon Ames said.

"If I were in your situation, do you think the same thing would have happened to me?" Team 12's Michael Doudna asked.

“Do I think that would have happened to you? No," Ames said.

“Why is that?” Doudna asked.

After public outcry, Phoenix Police Chief Jeri Williams recommended firing officer Christopher Meyer. And over the course of the summer of 2019, many Phoenix Police officers were outfitted with body cameras.

After multiple meetings after the protests, a proposal for a citizen's review board was created and voted on Wednesday.

“I think things are getting better they are heading towards the right thing.“ Ames said. "I think the police are going to be held accountable. There is going to be some transparency."

However, recent protests around the country show the issue of race and police brutality is still a hot-button issue. Phoenix has seen a week of protests after the death of George Floyd.

Ames said he struggles to watch videos of police brutality after his experience.

“It’s heartbreaking because it makes me think I could have been dead at that moment. And it honestly makes me angry” Ames said. “I think a lot of people are starting to see this just isn’t right. “

Ames and his family filed a lawsuit seeking $10 million from the city. Ames said the legal process is still ongoing.