A Valley family is facing a heartbreaking reality

Peyton Gonzales, 10, and her family though they were out of the woods when she was announced cancer-free last year. Now, they're facing her heartbreaking relapse. 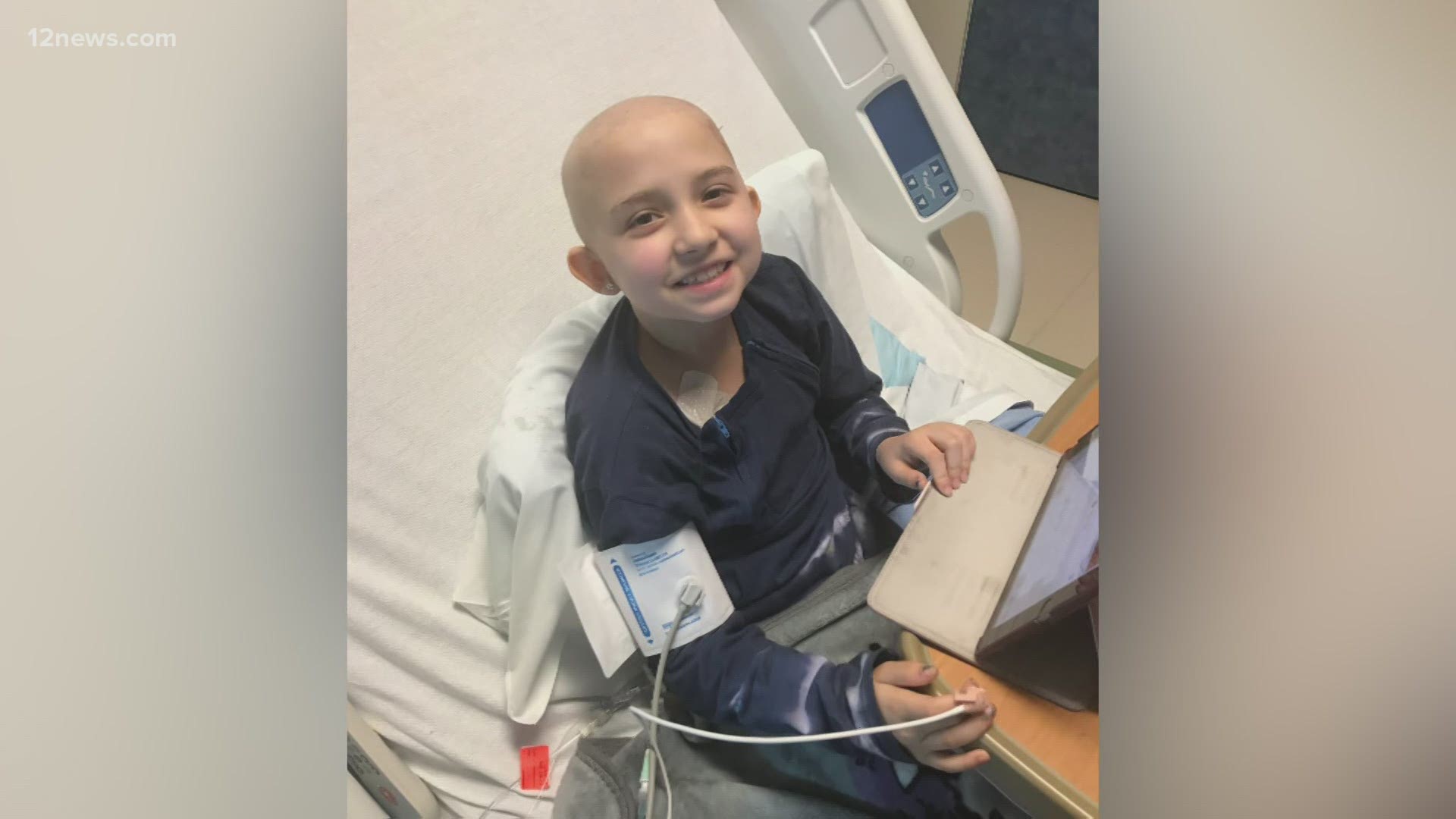 PHOENIX — Peyton Gonzales recovered from a form of pediatric cancer in 2019 but has since relapsed, and now her family needs help to fund multiple surgeries. It's a heartwrenching reality for the Gonzales family.

They thought they were in the clear about a year ago and now the cancer and heartache have come back around.

"I was a little sad after I heard the news but I just try to enjoy every day," Peyton said.

Since 2018, the 10-year-old has been battling Adrenal Cortical Carcinoma, a rare and aggressive cancer of the adrenal glands. She underwent surgery and was in remission, until 2 months ago.

"They did some more Pet Scans and more CT scans and found 14 tumors in her lung and a spot on her liver," her dad Jake told 12News.

The family, like so many, have struggled financially through the pandemic with their family business and now they're reliving an absolute nightmare.

"We're just kind of hanging in there and I guess the toughest part is working, I can't keep my head clear and sometimes I can't focus, when I have my daughter's life that I need to fight for," he added.

In year's past, in between treatments, Peyton would paint and use earnings to help her parents pay her medical bills.

"I'm just trying to spend time with my family before I go in and do treatment," she said.

After surgery at Banner Thunderbird and additional surgeries at St. Jude’s, Peyton still needs another operation.

"As we got back home, we talked to our oncologist but when he submitted it to our health insurance company they said that they wouldn't approve it because they didn't see enough or any research that they wanted to see," Jake said.

The family is hopeful that more funding and research will someday go to pediatric cancer but in the meantime, they've setup a GoFundMe for Peyton.