A vehicle traveling westbound hit a state trooper's car parked on the shoulder. Both people in the westbound car were killed and the trooper was injured. 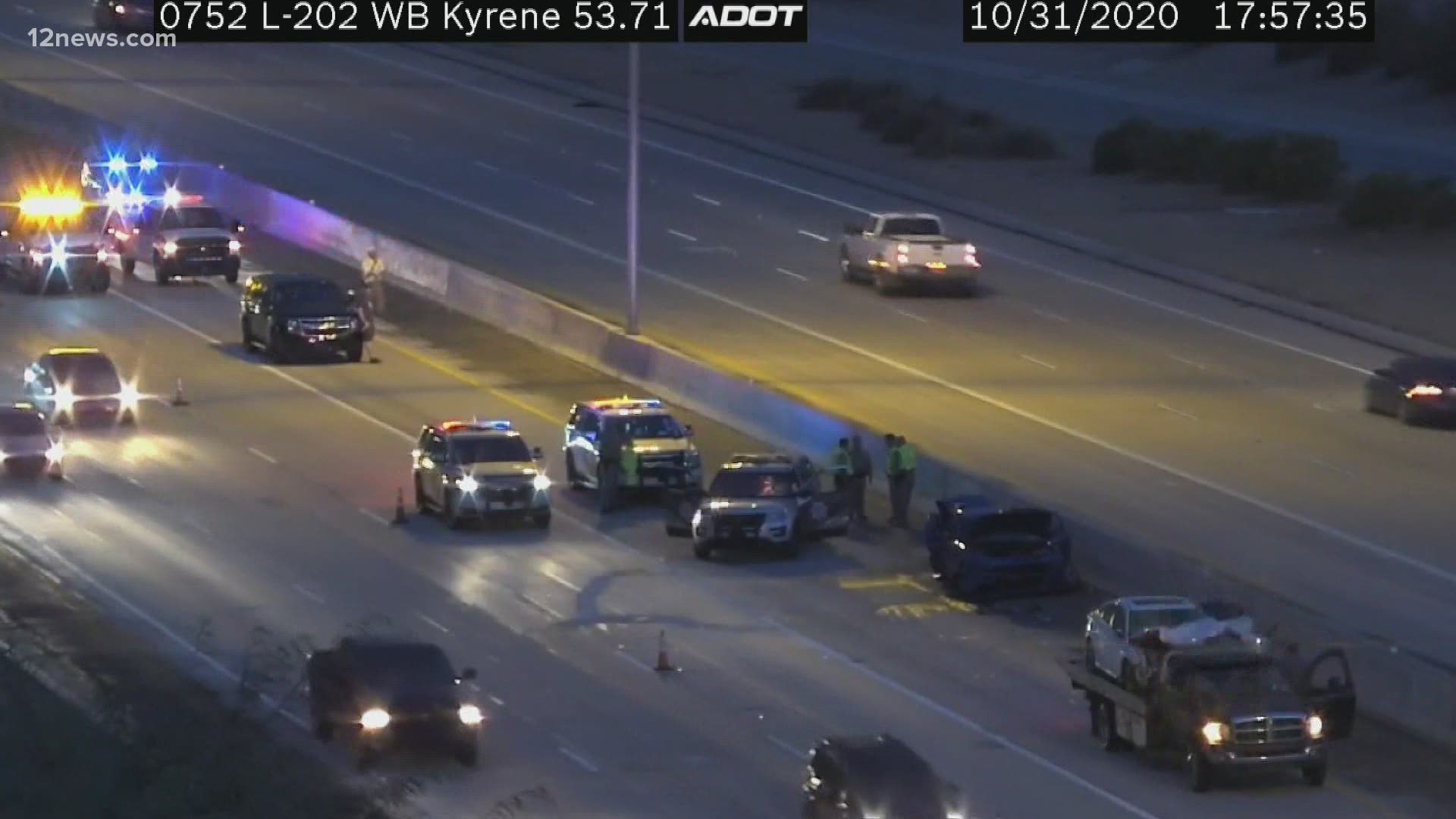 At around 1:50 p.m., an Arizona Department of Public Safety trooper was parked on the left hand shoulder of the Loop 202 when a white passenger vehicle traveling westbound entered the shoulder and rear-ended the trooper vehicle, police said.

Both of the car's occupants, a man and a woman, suffered fatal injuries during the crash. The trooper was transported to the hospital with non-life-threatening injuries, police said.

Police on Monday identified the people killed in the crash as Matthew Haughey, 27, of Mesa and Krystin Phillips, 26, of Mesa.

An investigation is ongoing and police have not ruled out impairment as a cause for the accident.