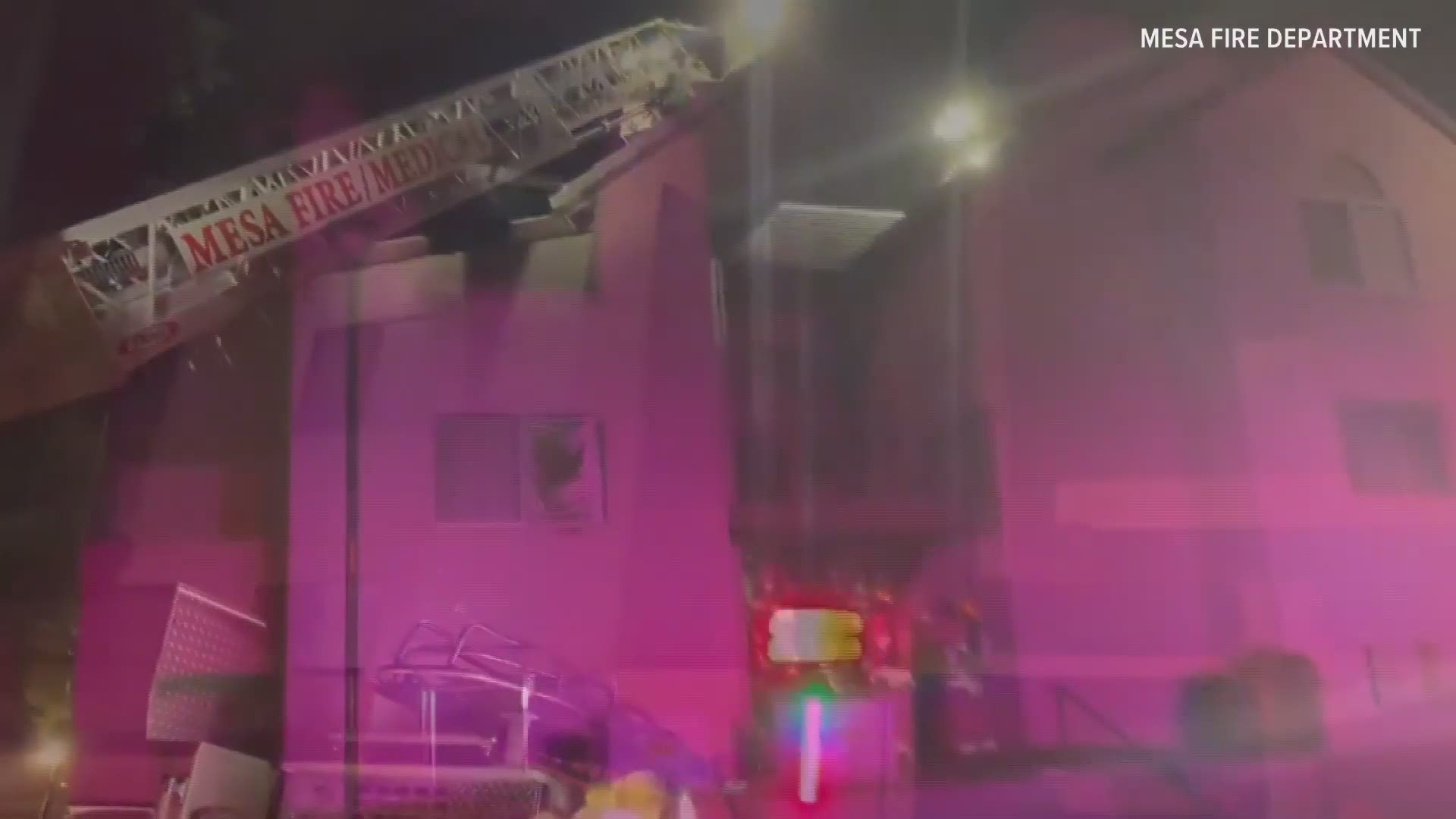 Mesa fire crews were called out just after 11 p.m. on Friday to an apartment complex near Broadway and Dobson roads. Crews from Tempe were called to assist, officials said.

A Mesa Fire Department spokesperson said no injuries were reported and three to six units were impacted by the fire. People in those units were not able to return and had to find other places to sleep.

Fire inspectors are still working to determine the cause of the blaze.