Police arrested three 17-year-olds in connection to the fatal shooting of a University of Arizona student at a parking garage on campus last weekend. 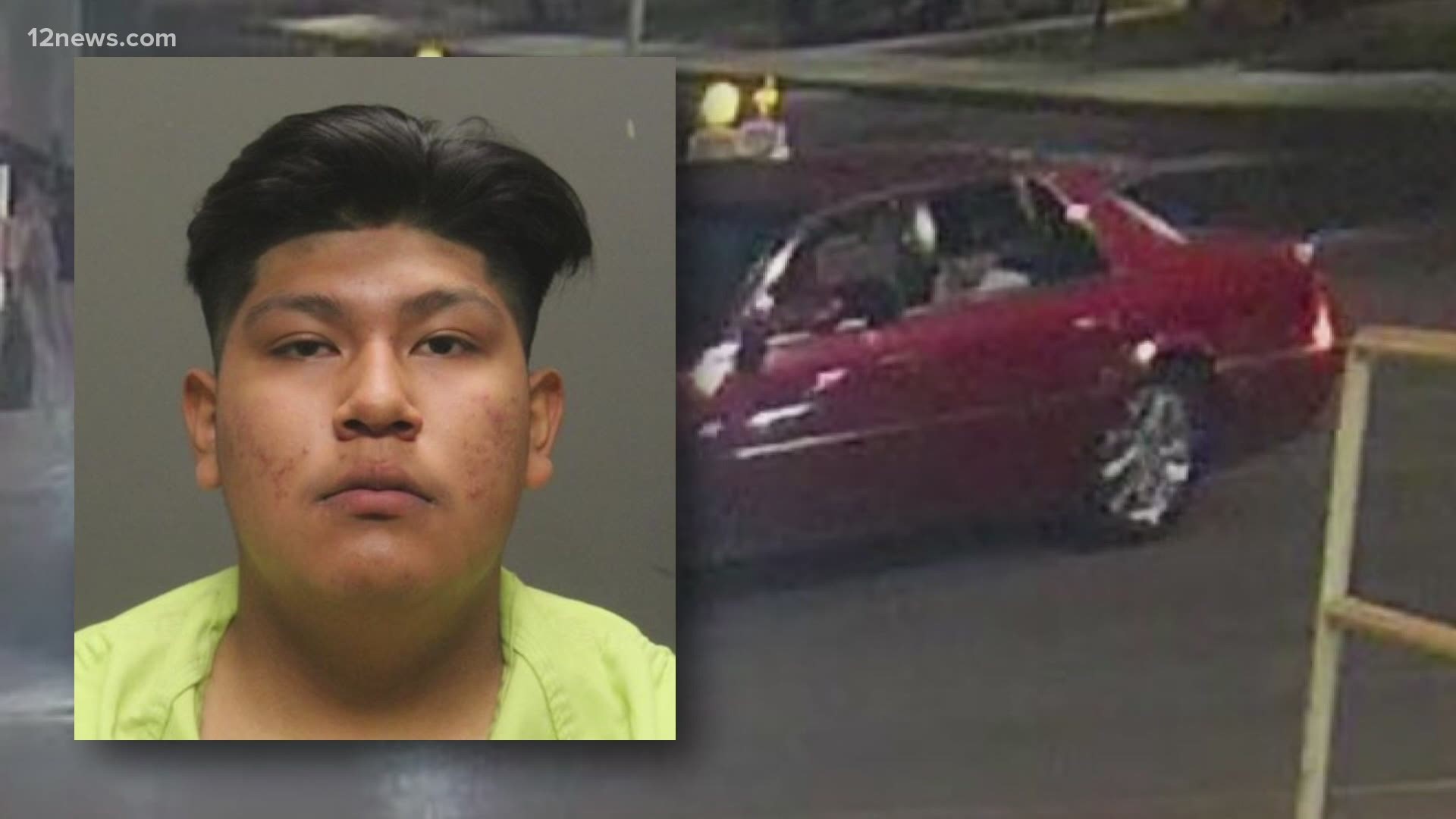 TUCSON, Ariz. — Editor's note: The above video aired in a broadcast recorded prior to authorities arresting Camargo and Young.

Almost a week after a University of Arizona student was shot dead on campus, Tucson police have arrested three suspects in the case.

Campus police officers responded to a call of shots fired at Cherry Avenue Garage near McKale Center basketball area around 11 p.m. Saturday. When they arrived, they found Keys with multiple gunshot wounds to the chest and he was pronounced dead at the scene.

Keys was in his second year at the university where he was studying communications. The 20-year-old student was also a member of the Zeta Beta Tau fraternity.

What led to the shooting

Police say Keys was with two of his roommates, walking home from a small gathering when the shooting occurred.

According to court documents, Orosco was driving a red or maroon Cadillac DTS with four other passengers when he encountered Keys and his roommates on campus. That’s when police say the occupants of the car made “taunting noises” towards them.

Witnesses told police the victim yelled back at the people inside the vehicle, which then turned around and back towards Keys.

Records say Keys approached the open front passenger window and got in a verbal argument with the front seat passenger.

Keys then punched the front seat passenger one time in the face, a witness told police.

That’s when the front seat passenger allegedly took out a pistol and shot “two to three times.”

Court documents say Keys was shot at close range and suffered two gunshot wounds to the chest. He was able to run approximately 30 yards with his roommates but collapsed and died in the parking garage minutes later.

Investigators say they recovered surveillance video from multiple locations across U of A, some captured the shooting. Three spent cartridge cases were located nearby.

Records say there is “no current indication the victim knew the occupants of the vehicle or had any interaction before the parties passed each other on Cherry [Avenue].”

How police made the arrest

Authorities say through surveillance video, and a tip they received, investigators were able to capture the license plate. The registered owner is Orosco’s parent.

Court records say detectives secured enough evidence to identify Orosco as the driver of the Cadillac and detained him on February 25.

During an interview with police, Orosco admitted to being the driver of the vehicle during the shooting and claimed the shooting was “self-defense”, documents say. Although police say he didn’t elaborate on why the incident was self-defense and did not identify the other occupants of the car.

Investigators say Orosco’s parent identified the Cadillac in surveillance video and their son as the driver but “they were not sure who he was with”.

Orosco’s parents told police their son had taken the car to a friend’s house to be painted two days after the shooting but said they did not the location, records say.

Details on the arrest of Camargo and Young are "still extremely limited, but will be released once they become available," Tucson Police homicide detectives said.

In a statement to 12 News, Keys' mother praised the police for making an arrest on her son’s case.

“My husband and I are grateful beyond words to the detectives and others who have put in long hours to bring about justice for our son,” said Natasha Keys in an email.

The family has organized a virtual memorial to honor Keys memory on February 27 at 10 a.m.

The College of Humanities joins the University of Arizona community in offering our deepest condolences to the family, friends & classmates of Forrest Beckett Keys. Forrest’s family has announced a virtual memorial, Feb 27, at 10 am, to honor his memory: https://t.co/540uDgwmoZ

U of A has also set up the Forrest Beckett Keys Memorial Scholarship, to carry on his legacy said JP Roczniak, President of the U of A Foundation.

The Zeta Beta Tau Fraternity has also made a GoFundMe memorial fund to help the family with funeral expenses and “anything else they might need”.

“Still hasn’t really hit a lot of us,” said Bryce Horn a close friend of Keys. “Still in shock of the whole situation and all that’s happened.”

Horn grew up with Keys in his native Pennsylvania, where he was the captain and record-breaking receiver at his high school’s football team, but also excelled in basketball and help lead his team to the final four.

“So many people are numb and hurt by the recent tragic events,” said Matt Heiland, Athletic Director at Murray Avenue School.

As friends and family mourn the of Keys, they make a plea for anyone who knows anything about this case to come forward.

“I think the result of finding the people who did this disgusting thing would positively help closure wise,” said Horn. “But it’s never going to be enough to bring him back.”