One man is dead and another arrested after a street racing crash in Scottsdale Saturday night. 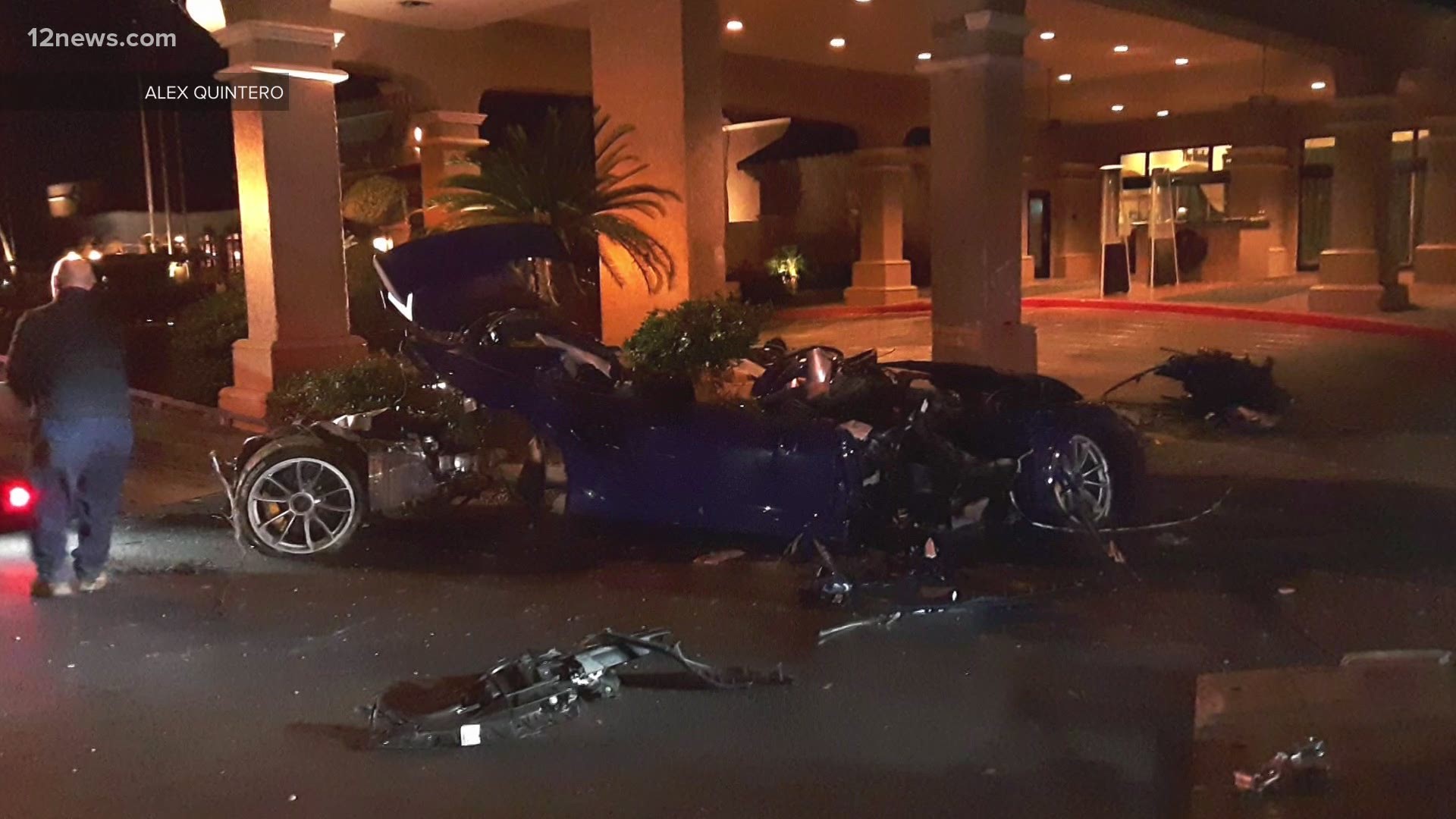 SCOTTSDALE, Ariz. — One man is dead and another charged with manslaughter after a horrific street racing crash in Scottsdale over the weekend.

According to court documents, Nicholas Meath, 21, and Cameron Groom, 27, were racing each other down Scottsdale Road at about 6:30 p.m. Saturday.

The documents show the two were going at least 120 miles an hour in a 45 mph zone.

Witnesses told police a car pulled out of a nearby driveway, causing Meath to swerve to avoid it.

Meath's car then struck a curb and went airborne toward the front door of the Scottsdale Plaza Hotel.

When it hit the pillar in front of the hotel, Scottsdale Police said it split into pieces, rained debris on bystanders, including children.

“There were 40 -- at least 50 yards scattered past the accident. I mean, glass and rocks were everywhere," Alex Quintero said.

Quintero, a cab driver, was picking up a fare at the hotel nearly 10 hours later. Meath's car was still in pieces.

Meath died at the scene.

Court documents show Groom did not give police much information.

He's been charged with manslaughter and endangerment and is being held on $450,000 bail.