Despite Social Security and his veterans' pension, Frank Vinales says rising medical bills and medication costs made him fall behind in rent during the pandemic. 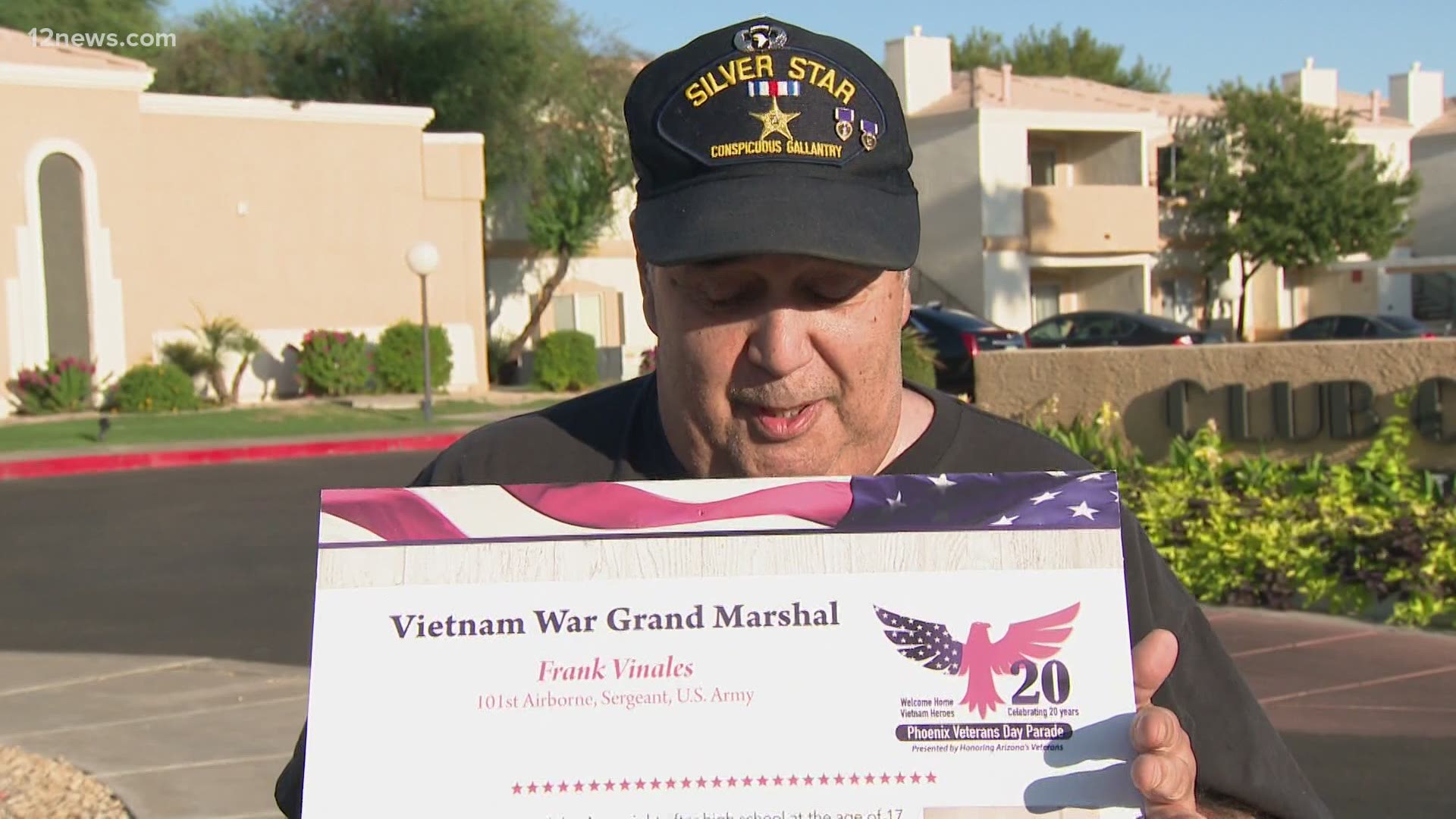 CHANDLER, Ariz. — Arizona is just days away from the governor's eviction moratorium expiring and federal protection runs out at the end of the year.

But there are some misconceptions around the policies and as many are still financially hurting, evictions are still happening.

“This is my story," said Frank Vinales.

When Vinales was 17 years old living in New York, he joined the Army.

With just months left in the service, he was deployed to Vietnam, where his life would change forever.

“In 1969, I was wounded four times and trying to save a friend and he ended up saving me," Vinales said.

Vinales received four Purple Hearts and one Silver Star for his heroism.

“It was an honor to join," Vinales said.

Now, decades later, Vinales never expected to be facing yet another obstacle in his life.

Vinales, who has lived at Club Cancun apartments in Chandler for 20 years, received an eviction notice.

Despite Social Security and his veterans' pension, he says rising medical bills and medication costs made him fall behind in rent during the pandemic.

“Even with the insurance, Medicare and a secondary (insurance), there’s still always a cost for medication and falling behind on credit cards and rent. It’s so hard to catch up when you don’t have additional income," Vinales said.

Still, Vinales said he paid what he could and hoped the state and federal eviction moratoriums would protect him.

But that's not the case.

According to a Maricopa County Justice Courts spokesperson, there are misconceptions around the moratoriums.

While the number of evictions have decreased by nearly 50% compared to this time last year, they can still be filed.

Since March, when Gov. Doug Ducey's eviction order was enacted, more than 11,000 evictions have been filed.

Tenants must provide landlords with required documentation to show that they have used all best efforts to obtain government assistance for payments and that their inability to pay is due to loss of income, loss or working hours or extraordinary out-of-pocket medical expenses.

However, landlords can still take tenants to court who claim they have been impacted by COVID-19. There, tenants must present the court with that same evidence.

"Our intent and focus is to help each of our community members maintain the stability of their homes and current living situations, especially during uncertain times. We continue to comply with all legal obligations including orders related to COVID-19. We work with community members directly impacted by COVID-19 on payment deferment plans, or other specific solutions to their individual circumstances. While we cannot comment on Mr. Vinales financial or personal matters in a public setting, we continue to work with him and continue to adhere to state and federal laws regarding our resident's lease agreements."

Vinales is now turning to organizations like the Purple Heart Foundation for help and is sharing his story as a warning to other tenants, especially struggling veterans.

“I’m hoping I can catch up and everything will be better." Vinales said.

Arizona and the CDC both have documents for tenants to fill out related to the postponement of eviction.

Arizona's notice can be found here.

The CDC's declaration form can be found here. 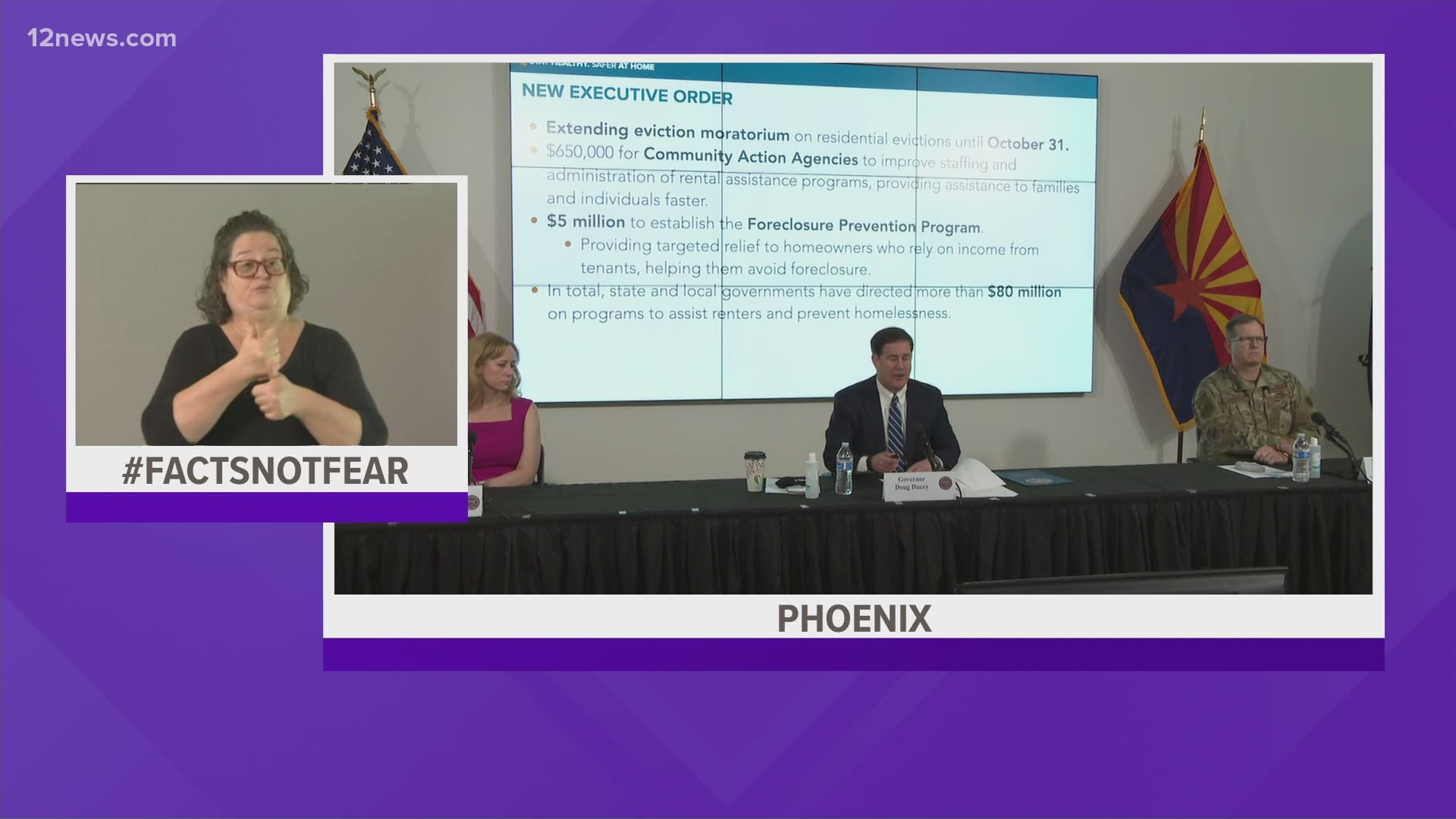 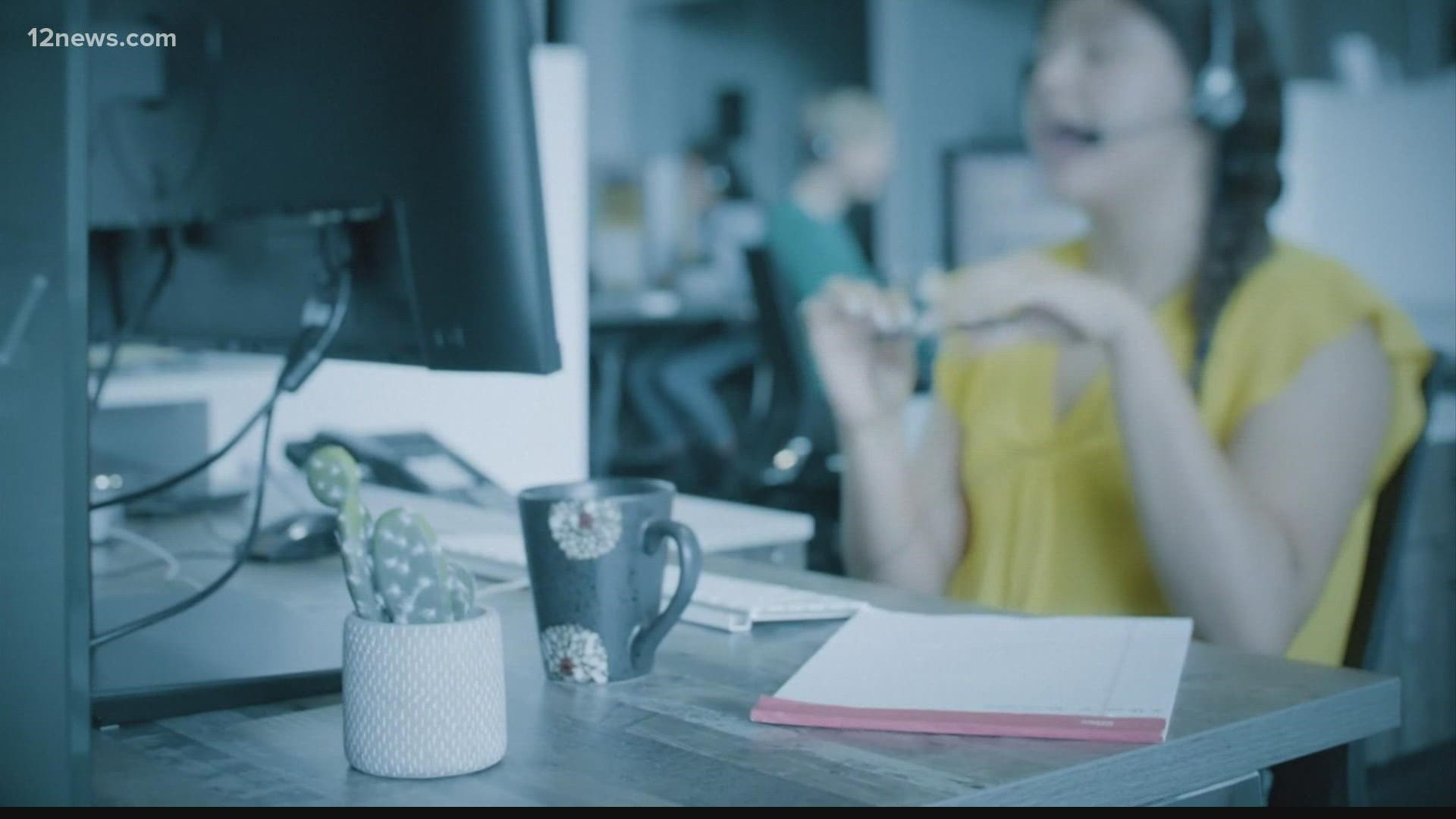