President Trump is trying to solve the border crisis by imposing higher tariffs on Mexican imports. Experts say this would mean higher prices for Arizona consumers. 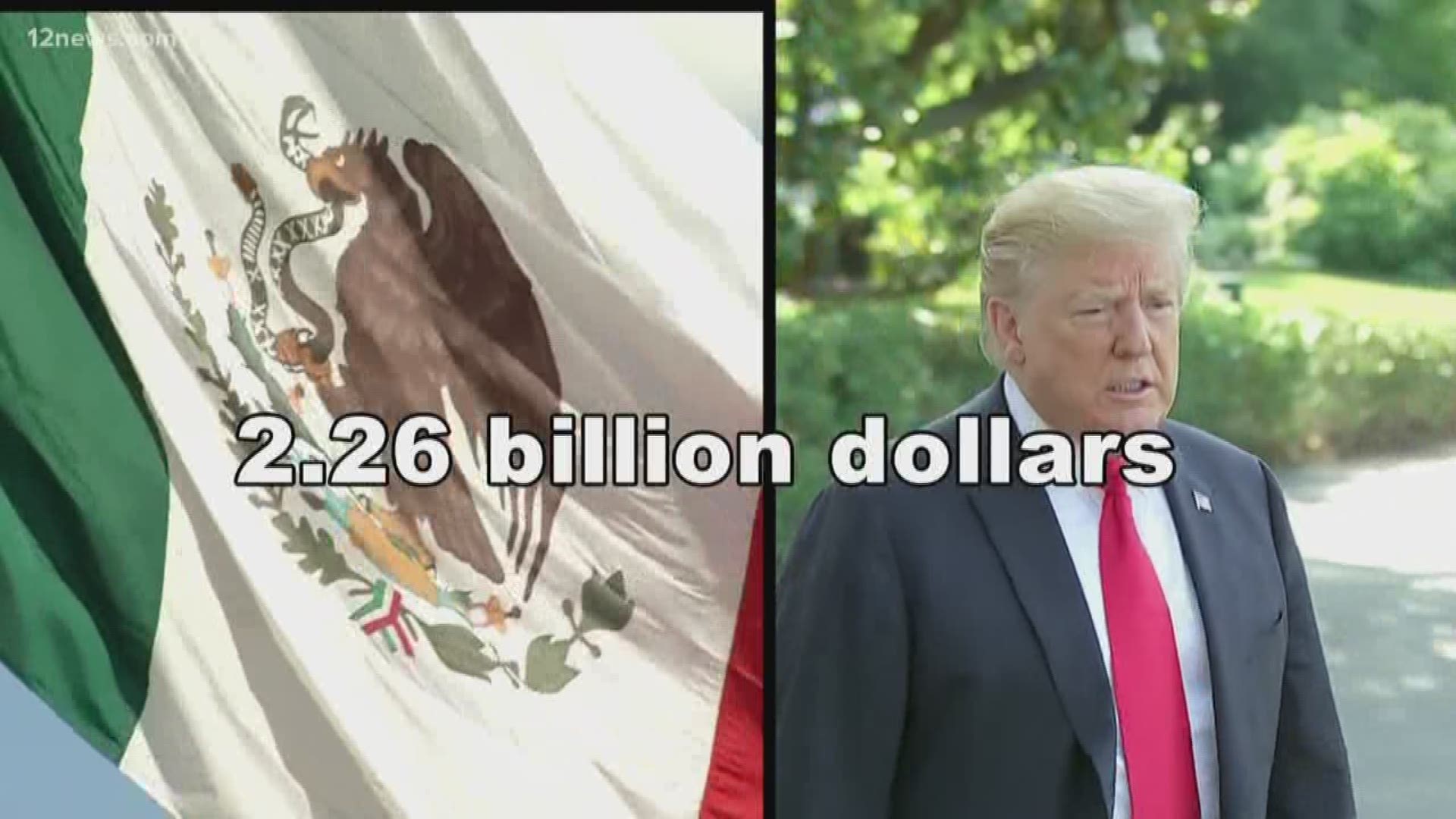 The 5% tariff on all imports from Mexico will create a ripple effect of higher prices for consumers across the board, according to the Arizona Chamber of Commerce.

Whether it's manufacturing car parts, computers or getting a taste of your favorite tomatoes—many of those products come directly from our trading partners across the border.

“It came as a shock,” said Glenn Hammer, who is Arizona's top advocate for the Grand Canyon State's economy.

He said with the new trade agreement between Mexico, the U.S. and Canada that would replace NAFTA, now is not the time to impose new tariffs.

“We’ve been working very closely with the administration to get what might be the best trade agreement ever negotiated by an American administration—the U.S., Mexico, Canada trade agreement. This tariff proposal from the president can take all that great work from the administration on updating our trading arrangements. For Arizona, this is a big deal. We have 230,000 jobs connected to trade with Mexico and Canada, and we know that with this newly re-negotiated arrangement, we’d have many thousands more,” Hammer said.

One area that will see an immediate impact is the price of new vehicles. Countless numbers of parts are manufactured in Mexico. That means if a vehicle costs you $30,000 today, tack on $1,500 dollars starting June 10.

“Arizona is also an emerging auto tech center, and one of the reasons why we’re doing so well, getting Lucid Motors and some of these other companies, is because of the supply chain in Mexico. So what’s going to happen now, these parts coming in from Mexico, they’re going to get taxed," Hammer said.

So with that being said, vehicle prices could skyrocket depending on the number of parts manufactured across the border, stifling one of the most important industries to our economy.

Overall, Hammer says the consumer will pay the price because companies will pass those prices off to their customers.

Hammer said he’s been making calls to all of our leaders at both the state and national level and he hasn’t talked to one who’s been in favor of this 5% tariff.

He said he believes this may spark change at the national level of the rules on how a president can impose tariffs without congressional approval.