Americans will also spend, on average, $967 for the holidays. That’s an increase of more than 3 percent from last year. 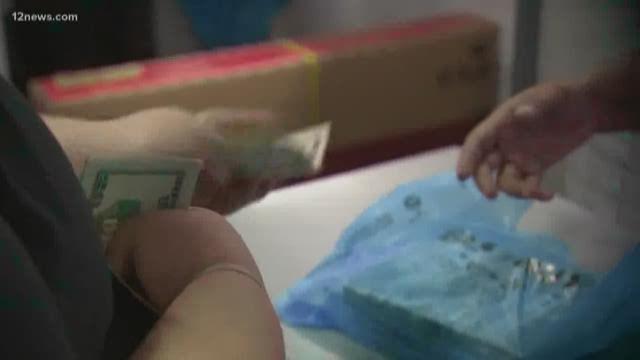 There appears to be a new winner in the battle of in-store versus online holiday shopping.

For the first time ever, Americans plan to do most of their holiday shopping online this year, according to the National Retail Federation.

"Our survey found that 59 percent of Americans are going to be shopping online for this holiday season,” said the National Retail Federation’s Ana Serafin-Smith.

She also said Americans will spend, on average, $967 for the holidays. That’s an increase of more than 3 percent from last year.

Now brick-and-mortar stores are getting more aggressive than ever to get you to spend in the store. Part of the reason is that 54 percent of all shoppers will buy gifts before Black Friday, according to the website RetailMeNot.

Walmart's bringing in Santas for the kids and throwing 20,000 holiday parties at its nearly 5,000 stores across the country.

Sears and Kmart are getting a jump on Black Friday, offering, through Thanksgiving weekend, up to 40 or 50 percent off everything in their stores.

And Target has already released its Black Friday ad.

"Once you're in the physical retail store, you're gonna say 'Oh, I forgot, I should buy this, too' for something completely different than what your originally purchasing for," Serafin-Smith said.

To counter, Amazon launched its Black Friday deals last week, as the battle between online versus in-store heats up for the holidays.