My grandma was targeted with a scam, she protected herself with one simple question

Thursday morning, Team 12's Monica Garcia received a scary call. Her grandmother had been targeted by a phone scammers, a scam that many have become far too familiar with. 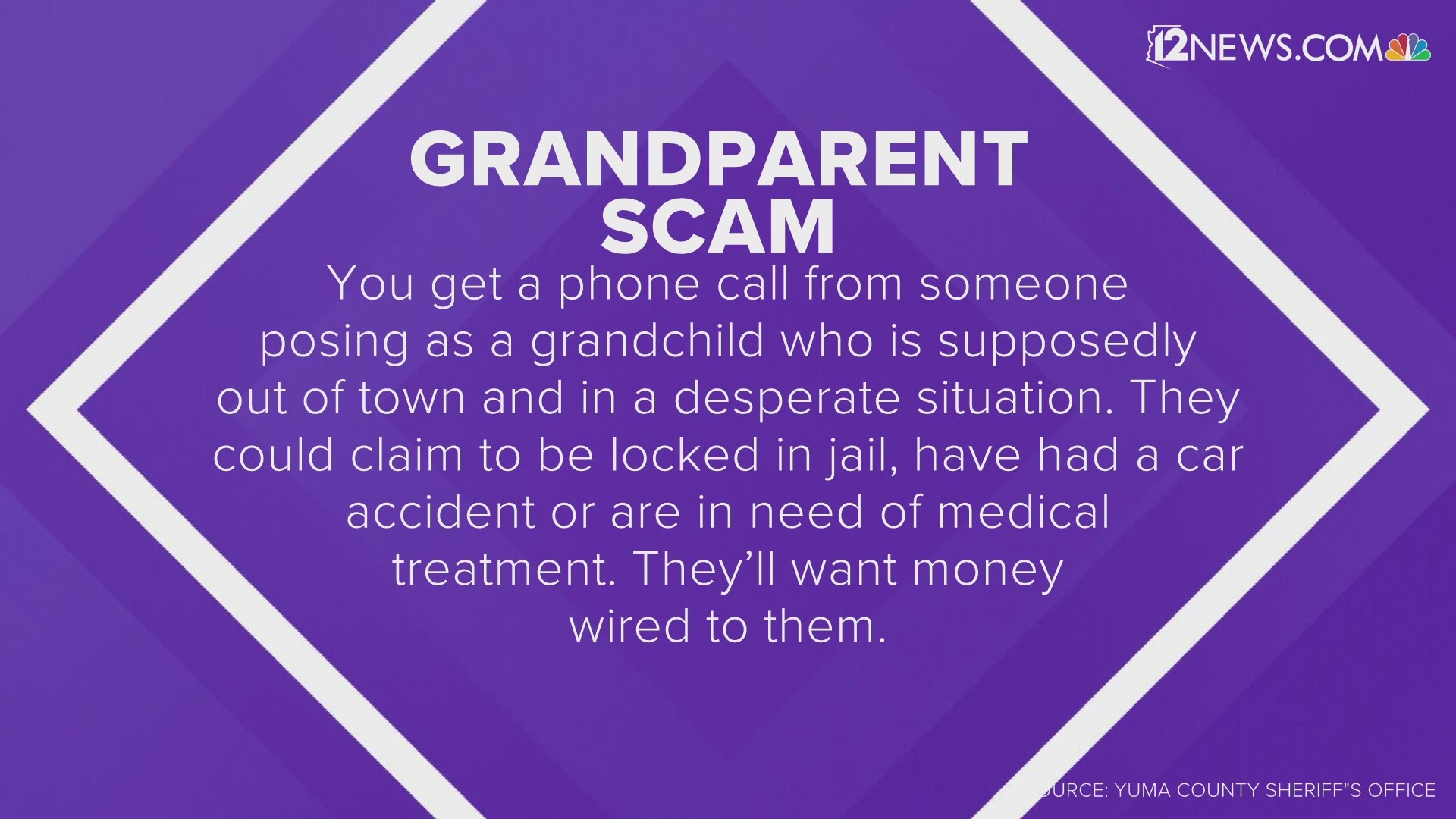 There's something about walking into your grandma's house, you know the feeling, the warmth the comfort and of course all the memories.

It was from my sister-in-law wanting to know where I was I said, "at work." I had just finished a morning live shot about pool safety on 12 Today. She said someone called our grandmother on her home phone claiming to be me.

The caller was a female and was crying. The woman, again, claiming to be me, said she had gotten into a car accident on the way home from a wedding last night and she had broken her nose and was being held at the police station because the police suspected her of a DUI.

She wanted my grandma to write down a case number and in a few minutes someone would call her back to get her credit card info. The caller said she only trusted grandma to help and she could not afford to bail herself out of jail.

When my grandma asked why the woman sounded "not like Monica" she blamed the broken nose for her voice sounding different. The call went on for a few minutes.The woman was very convincing and seemed to have an answer for everything.

I later talked to my grandma who was still very shaken, she really thought it was me.

Thankfully, something in my grandma's gut told her to ask the woman to confirm her identity further, she said if this is really Monica then who is your brother married to? That's when the caller hung up.

Just doing a quick Google search this is apparently one of the top 10 financial scams targeting seniors. It's called the "grandparent scam," and it's been around for a while.

Grandma did the right thing. Stall, ask lots questions, stuff only the real person would know, and make phone calls to family members. Never make rash decisions on the phone.

If you ever get a call from or about a grandchild or any other relative in danger or trouble, and the immediate request is for cash, you need to pause, calm yourself, say you will have to consult another family member first, and hang up. Then check. If the emergency is by any chance real, you can still respond appropriately. If it's not—and the odds point to that—congratulate yourself. You just avoided being on next year's FTC list of those victimized by impostors.

I just wanted to share with you my family's story so that you can warn your grandparents and loved ones.

I hope together we can stop people who like preying on the elderly.