Smart speakers can be hacked by laser pointers

A group of researchers have figured out how to hack smart speakers using lasers. 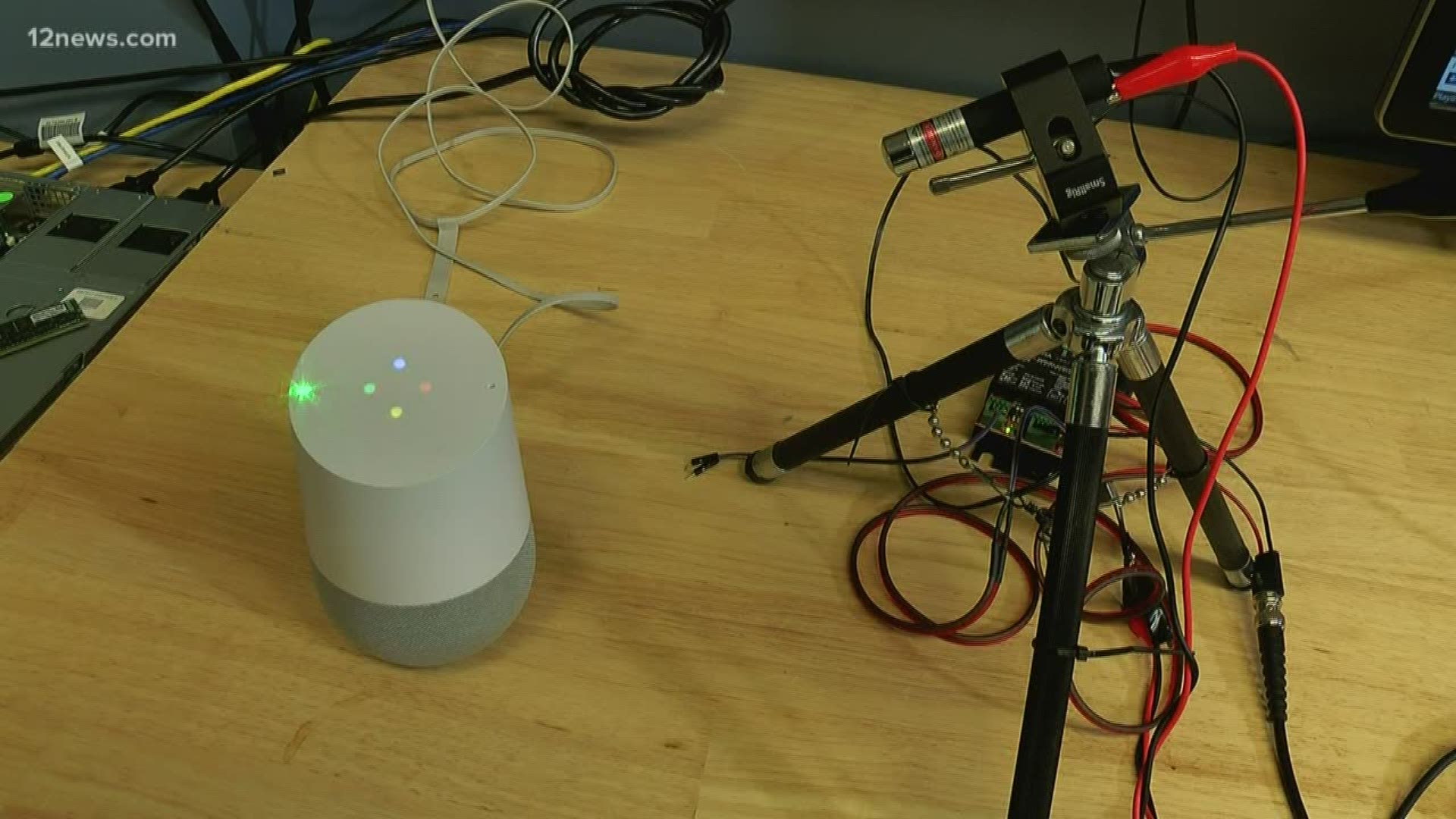 MICHIGAN, USA — A group of researchers have discovered a way to hack smart speakers silently, from a distance, using lasers aimed at the microphones.

A team at the University of Michigan discovered that the microphones in smart speakers react to lasers the same way that they react to sound.

So, using prerecorded commands, they connected a consumer laser pointer to a laptop and "broadcast" the sound through the laser's beam. The other end of the laser basically acts like a needle on a record, and the vibrations are translated into sound in the smart speaker.

"To be standing in the room without hearing any sound whatsoever and all of a sudden your smart speaker is responding to commands, it's a very strange experience," said grad student Benjamin Cuir.

The researchers tested their hacking method up close, but also at a distance of several hundred feet away.

RELATED: Amazon reportedly has a team that listens to Alexa conversations

In all the scenarios, the team was able to successfully transmit a command to open a garage door without any actual sound being played.

Smart speakers only recognize words, not specific voices, so anyone can activate them. The researchers said you may not even hear the speaker acknowledge the command if the first command is to lower the volume all the way.

But the technology used to pull off the hack is fairly complicated; most of it was built from scratch by the team. And to defeat it, the team said, all you have to do is move the speaker away from a window.

RELATED: Parrot who swears too much spends all day ordering stuff on Amazon Alexa