The announced expansion in Chandler by Intel marks the largest private investment in Arizona in state history. 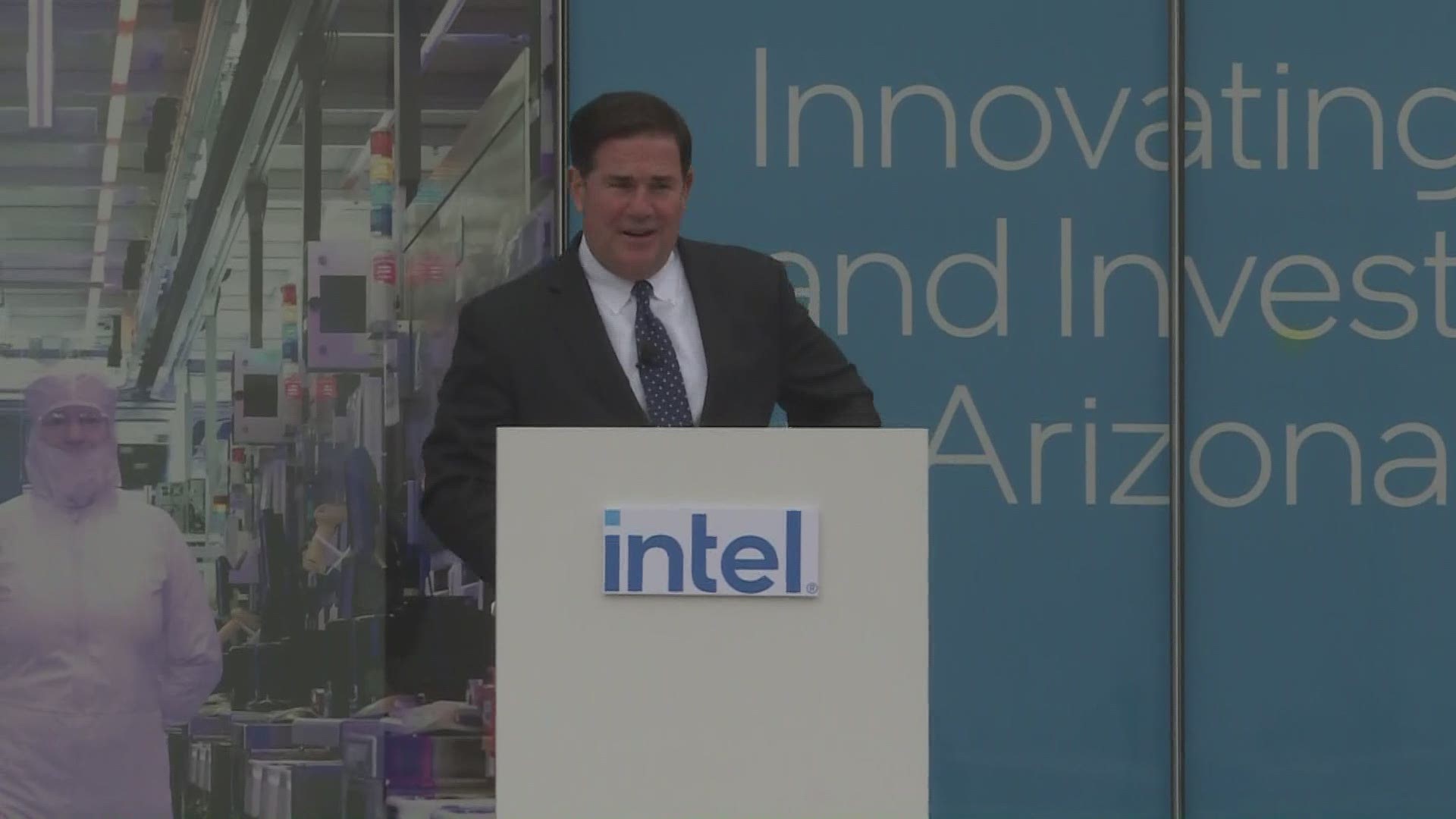 It's the largest private investment in Arizona in state history.

Intel said it plans to expand its semiconductor manufacturing operations there by building two new fabrication facilities on the campus.

Just four years ago, in 2017, Intel announced a $7 billion expansion in Chandler.

#BREAKING: Intel announced a $20 billion expansion in Arizona, resulting in:

Thank you, @intel, for choosing Arizona to grow your business 🌵 pic.twitter.com/f119udetHu

Arizona Gov. Doug Ducey spoke at the announcement Tuesday calling it "further evidence that the state of Arizona is a jobs juggernaut."

"It means that we're proving once again that Arizona is the best place in the world to manufacture high-tech semiconductor chips," Ducey said at the announcement.

"Today's announcement is also a huge win for U.S. manufacturing. Let's bring semiconductor manufacturing back to the United States."

Intel, the largest employer in Chandler, first came to Arizona in 1980 with a production facility.

“Intel’s continued expansion of its largest, most advanced manufacturing site in the world exemplifies the presence of innovation in Chandler,” Chandler Mayor Kevin Hartke said in a release.

“A talented workforce, excellent quality of life, proactive planning and decades of infrastructure investments enable global innovators like Intel to excel in our community.”

More than 15,000 Intel employees are expected to be working in Chandler once the new facilities are operational.

“Intel is proud to, once again, expand our manufacturing capabilities in Arizona by constructing two new fabs at our Ocotillo campus," said Jim Evers, Vice President and Factory Manager of Intel Corporation, in a release.

"We are proud to have a 40-year legacy of innovating in Arizona and are grateful to the city of Chandler for creating a business environment that encourages these types of investments.”