Breaking News
More () »
Behind The Business

"I didn't think that her nails would become an internet sensation overnight," said Elizabeth Lee, who did Suni Lee's nails before she flew out for the Olympics. 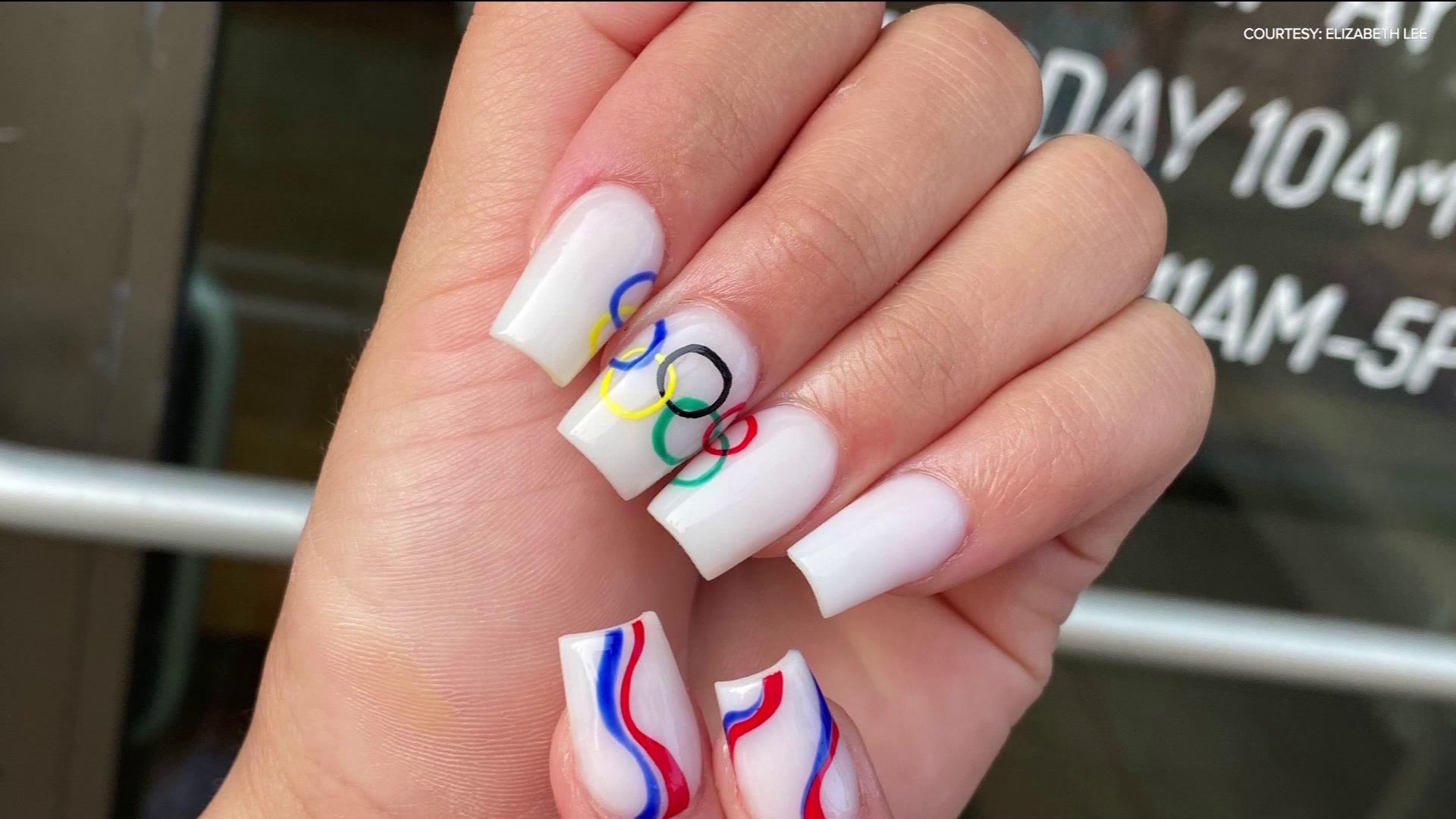 MINNEAPOLIS — A Minneapolis nail salon is getting international attention after its nail art on Sunisa Lee made headlines during the Tokyo Olympics.

The Olympic-themed, square-tip acrylic nails had a golden moment after Lee became the all-around gymnastics champion.

"We honestly didn't think anything was going to come out of it. We just thought... we want to help support a young woman and somehow her nails ended up all over the news headlines," said Amy Vang, owner of Little Luxuries Nail Lounge in Uptown.

Vang's business specializes in nail art but she is also passionate about empowering women and helping others follow their dreams.

Despite Vang's father encouraging her to become a doctor or nurse, she eventually decided to pursue her dream of opening a nail salon.

"I thought that, 'Well, if my mom came here as an immigrant and she can open up a business, then maybe that's something I can do too,'" recalled Vang, who is Hmong American.

Vang named her nail salon "Little Luxuries Nail Lounge" after her children. She's the mom to three kids, ages 3, 6 and 8.

"We really want to be able to help grow our community, especially young women. To be able to know they can believe in themselves in whatever it is they want to do, they can do it," Vang said.

Employees at the salon had followed Suni Lee's career for several years. Salon manager and nail artist Elizabeth Lee noticed in competition videos how Suni always had on acrylic nails.

They decided to direct message her on Instagram and invite her to Little Luxuries ahead of Olympic trials.

"We didn't think she would respond because we're just a nail salon and she's going to be an Olympian. She responded, said she would love to actually get her nails done. She was planning to get it done anyway," Vang said.

They invited Suni and her mom back again before the Olympics. Elizabeth Lee worked with Suni on the design and did her nails before she headed off to Tokyo. The nails originally had the Olympic rings on one hand and red and blue swirls on the other, but the swirls ended up getting buffed off as they could potentially be too distracting during competition.

Credit: Elizabeth Lee
The nails originally had the Olympic rings on one hand and red and blue swirls on the other but the swirls ended up getting buffed off as they could potentially be too distracting during competition.

"I didn't think that her nails would become an internet sensation overnight," Elizabeth said.

Even former Olympic figure skater Adam Rippon tweeted a picture of him with paper square-tip nails that said "Suni Lee #1" and the hashtag "SquareTips4Suni."

Gymnastic event finals so I obviously I needed #SquareTips4Suni pic.twitter.com/q6jvxLKlCL

Earlier this week, Rippon interviewed Lee for NBC and she revealed that her nails are not only about looks. "Whenever I miss the bar, it hurts really bad. So it makes me catch the bar. That's why I get them," Lee said.

Elizabeth said, "If you can do all of that, through weeks of grueling practice, six hours-plus at a day and do all these flips and turns and still have all your nails intact... you're a superhero in my books."

Beyond the glam, Suni is inspiring people across the world.

"I feel like she's done a lot for not just the Hmong community but for minorities everywhere, as well," Elizabeth said.

Vang had dreams as a little girl of becoming a gymnast. Now her kids Amelia and Everett take gymnastics classes and had the chance to meet Suni the last time she came in to Little Luxuries.

"They were just so ecstatic to know that, oh my gosh, there's a Hmong American gymnast and she looks like me. My daughter actually says she looks like Suni because they have the same skin tone," Vang said.

Elizabeth added, "I didn't necessarily have a dream for gymnastics but, you know, I just knew that I wanted to be something different aside from the typical stigma of parents telling you, 'Oh no you should go to school to be a doctor, or be a teacher, or be a lawyer.' I think Sunisa has been able to do that for us. I take so much pride in knowing that I had the honor of doing her nails."

You can book an appointment with Little Luxuries Nail Lounge, here.

Know a local business we should feature for our Behind the Business segment? Email Heidi Wigdahl at hwigdahl@kare11.com. 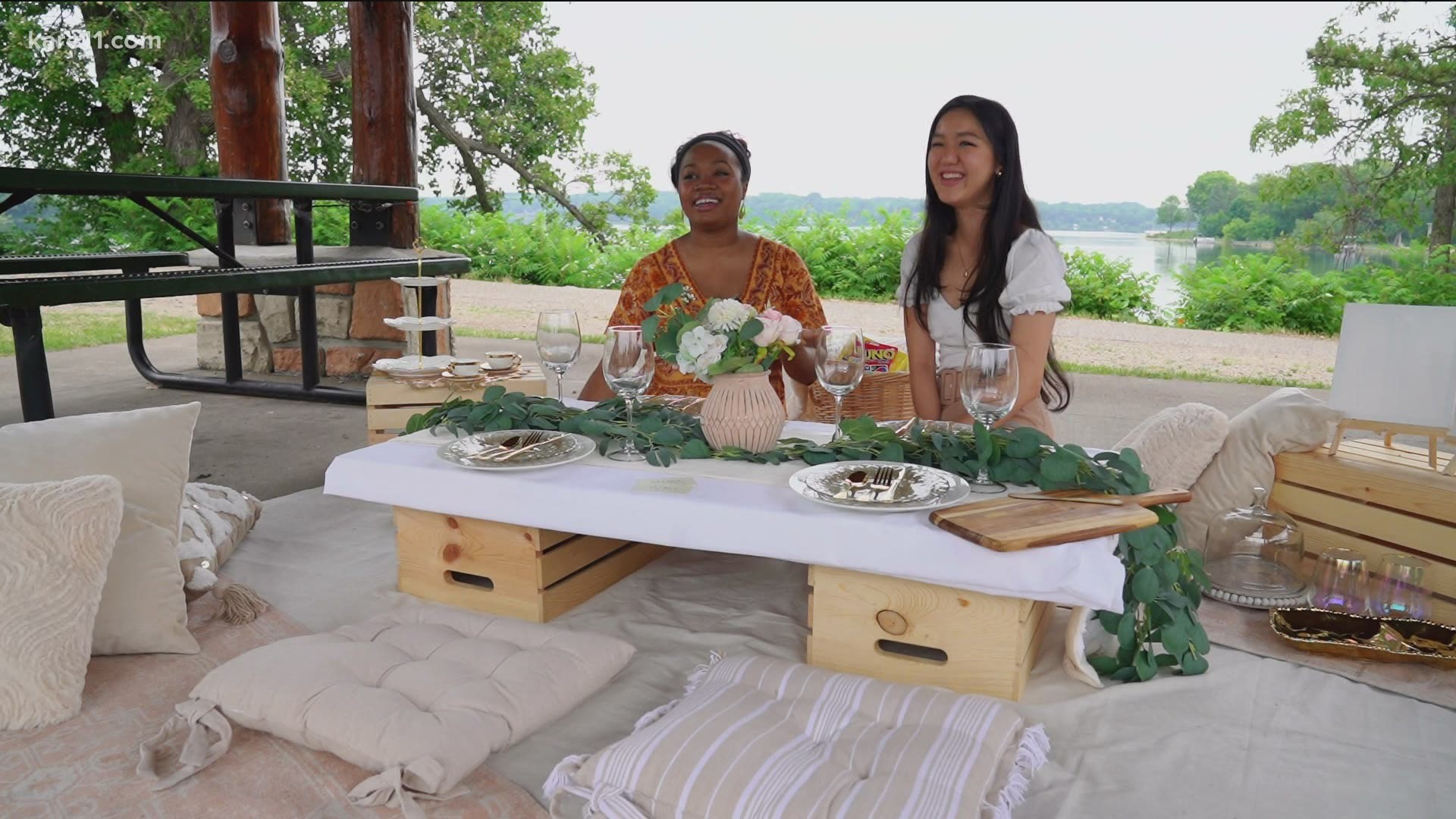