TikTok ban has stars on edge, including this Austinite

Just like other social media platforms, some users lean on TikTok as a source of income. But that will change Sunday, according to White House officials. 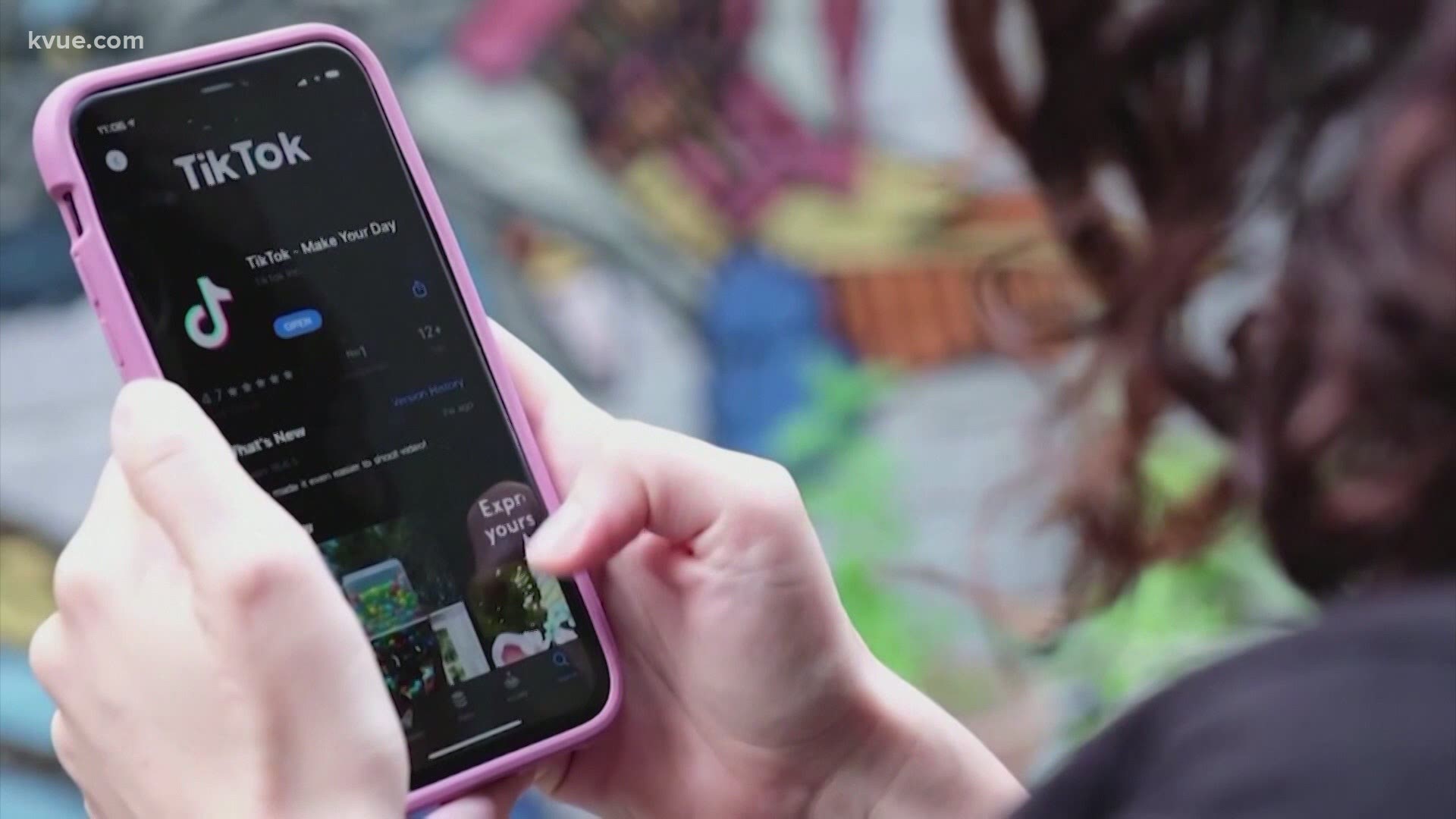 AUSTIN, Texas — The Commerce Department on Friday issued an order banning any transactions on TikTok and WeChat in the U.S., saying the Chinese-owned apps create "unacceptable risks to our national security."

Just like other social media platforms, some users look to TikTok for another stream of income, and Miguel Plascencia (also known as Meeeklow on Tiktok) is one of them.

He said TikTok changed his life a fter this video of the Austin resident making a bet with his bosses went viral.

In the video, Plascencia said he worked for a company in Austin called Nimaroh. He pointed out his two bosses and said if he gets 100,000 followers on TikTok they will double his salary.

Just like that, Plascencia got a raise and now has well over half a million followers. The motion graphics designer created an animation for the famous "Hypehouse," a mansion in Los Angeles where famous TikTokers live and create million-dollar content.

"So I've been lucky enough to be able to work with H-E-B, Universal Music Group and other brands to create different streams of income," said Plascencia.

Since his success, President Donald Trump issued two executive orders last month, forcing the Chinese-owned app to shut down or be bought by an American company due to national security and data privacy concerns.

Plascencia said this move has made deals of a lifetime disappear.

"There was a Whataburger ad that I was going to get to be part of that got canceled mainly because of this fear that TickTok wasn't going to be forever," said Plascencia.

Their fear was warranted. The U.S. Department of Commerce said starting Sunday TikTok and WeChat, another Chinese owned app, will not be available to download or update in America.

"I think that if we if we ban that then where can we go to find these amazing sources of information that you wouldn't find anywhere else, because it's being muddled by all these other algorithms like Instagram and Facebook," said Plascencia.

If you already have TikTok on your phone, you'll still be able to use it for at least a few more weeks but WeChat will be almost useless. TikTok has an office in Austin that was looking to hire hundreds of employees. We are waiting to hear back about if they are still hiring in the area.