'The simple pleasures': How a Valley farmer became TikTok famous

Eric Amadio of Amadio Ranch reluctantly downloaded Tik Tok a few months ago, hoping it could help his business. Now, he's famous on the popular app. 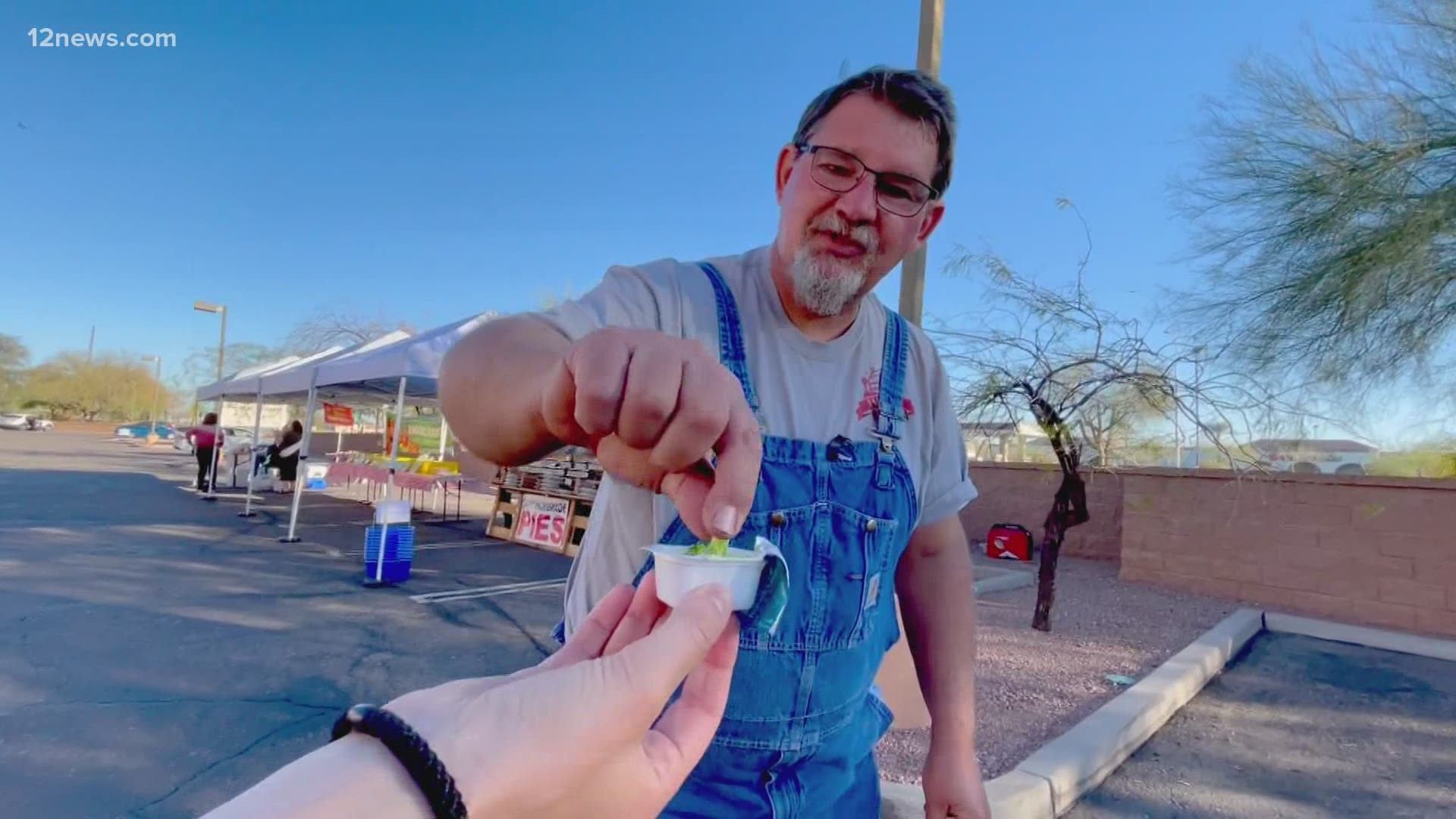 PHOENIX — Donning denim overalls on a sunny afternoon in an Ahwatukee parking lot, Eric Amadio greets each customer at his farmers market with a smile.

"It's a superfood. You only need a few bites of it," Amadio says as he points out his fresh kale for sale.

Most customers pass through, buying pies, honey, fudge and spinach for their families, not knowing that the man they're buying the goods from is famous on TikTok.

“No. No, it’s ridiculous," Amadio said when he was asked if he ever imagined he would be called famous.

Amadio and his wife purchased the land for their farm in Laveen about ten years ago. They initially planned for it to be just for them. They quickly realized they could fill needs of the community and decided to turn it into a business.

They knew they would need social media help for their business to succeed.

“We started on Facebook a long time ago," Amadio said.

Amadio reluctantly created a Tik Tok account last year to keep up with the times. His videos feature him being his authentic self, showcasing the wide variety of items featured at his farm.

But a recent video would change the game for Amadio.

He made a video joking about the perks of carrying ranch dressing in your pocket, "pocket ranch" as he calls it. Amadio lies on the ground and pulls out a packet of ranch. He then pulls out a pair of clippers and snips off a fresh piece of broccoli from his farm, dips it, then takes a crunchy bite.

“I just thought it’d be hilarious if I pulled out ranch and had it ready," Amadio said.

It turns out, more than two million others agree.

“Some of the funniest stuff is I had people going, 'You didn’t wash that! It’s full of bugs!' We don’t have bugs like that in Arizona you guys. I’m not eating bugs," Amadio said.

Thousands of comments have flowed in. Users were refreshed by Amadio's wholesome content and kind spirit.

“Some people are just in a bad spot and they really just see the simple pleasures of the farm which really is exactly what it is. Everybody that comes there gets that immediately," Amadio said.

Amadio Ranch has already seen a boom in business thanks to the viral video. He hopes he can continue his 15 minutes of fame to bring joy to his millions of viewers.

“It just triggers something inside them. It’s been really cool," Amadio said.

Amadio said a lot of viewers have debated in the comment section about where the ranch dressing in his viral video is from. He wanted to set the record straight, it's from Jack in the Box!