Around town, murals are starting to appear supporting a message of equality. 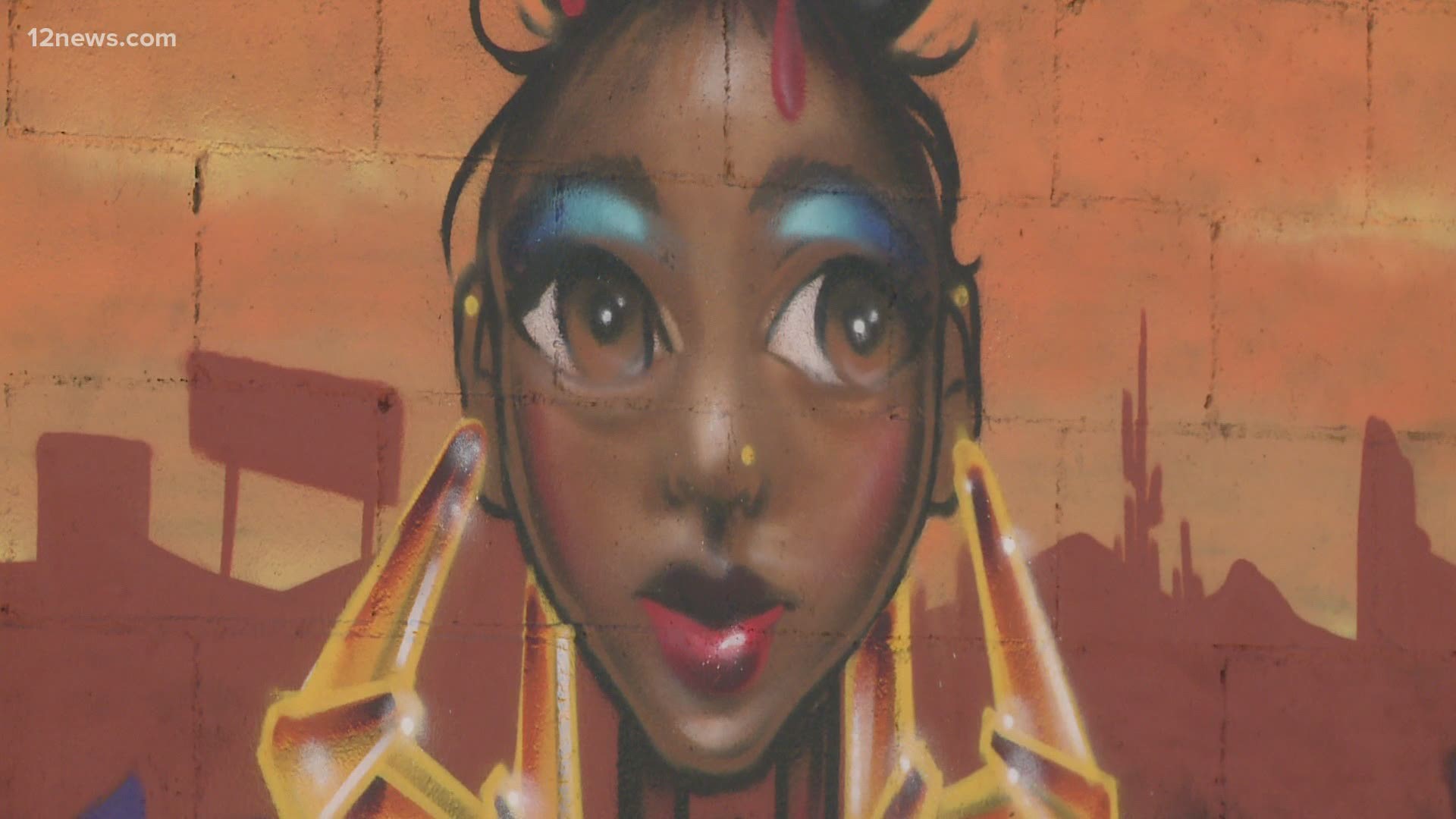 PHOENIX — As protesters hit the streets once again, others are showing their support to the cause through art.

Around town, murals are starting to appear supporting a message of equality.

“’Love Fights Back" was initiated through the obvious times right now that we are going through,” artist Edson Magana said. “Through the Black Lives Matter movement, protests, everything that’s boiled up to get us to this point.”

Magana is just one of a handful of Valley artists who gathered to create the mural on 15th Avenue and Van Buren Street.

The group of artists have never collaborated on a project before but felt strongly enough about movement to abolish social inequality, that they came together, virtually, to create a work that would hopefully inspire others.

“It means that we should wake up, repent from our inequalities, come back to the law of statute of God’s commandments and we can live in a better place and we don’t have to suffer anymore,” said Danz Israel, one of the artists who worked on the project.

“We’re all from different little tribes, but for us, it’s always healing; the painting and the art is healing for the neighborhoods, for ourselves,” Magana said. “We definitely wanted to put out that message for the neighborhood, for the people, for everybody that’s fighting for the cause right now and to know that we are in support and we can become united no matter what.”

Credit: 12 News
A fist clenched in defiant power is seen on each side of the 15th Avenue mural, near downtown Phoenix, is meant to convey a message of strength in the movement for social justice, Thursday, June 11, 2020.

Other murals have popped up over the Valley. Obed Gonzalez and Lindsey Smith collaborated on their chalk art mural on a neighborhood wall near 10th Avenue and Flower Street that reads, “Black Lives Matter”. The mural is designed for people in the neighborhood to add their own positive messages on the wall.

Danz Israel hopes the 15th Avenue mural will inspire those who see it to continue to seek change in their community.

“I hope that this mural will enlighten people, bring us together and see that as a nation of people we can unify, come together and make a change for the better for the next generation that comes,” Israel said.

RELATED: Police back off as peaceful protests push deep reforms