The competition is run by an association is made up of hundreds of canine handlers throughout the Southwest. 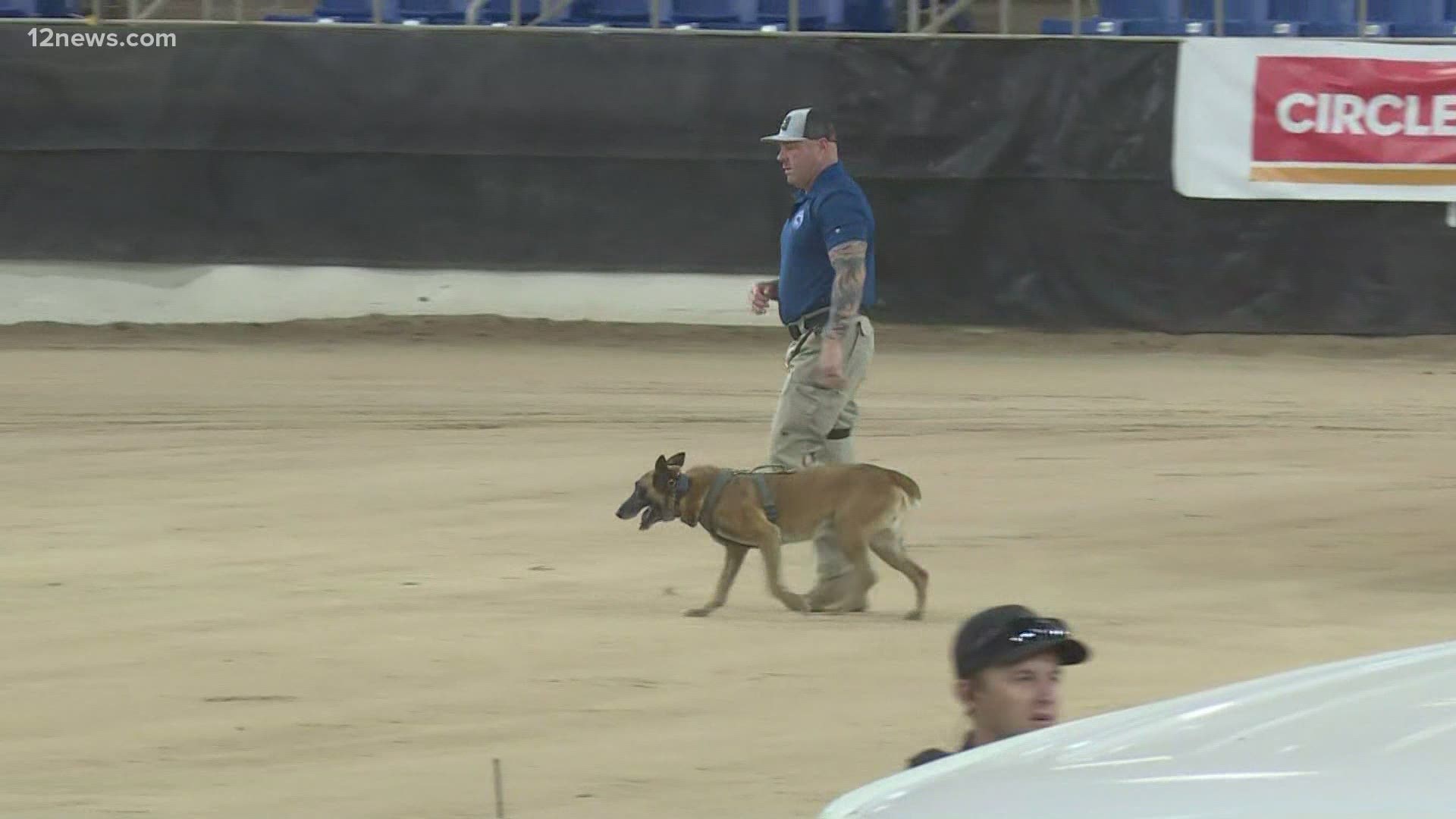 SCOTTSDALE, Ariz. — Police, military, and government canine teams from across the U.S. are taking part in the 18th annual Desert Dog Police K9 trials at the West World of Scottsdale this weekend.

3-year-old Roxi, 7-year-old Tarzan and 5-year-old Lex are just a few of the stars of the show at the Desert Dog Police K9 Trials and Public Safety Expo.

“They are going to come out here and compete for the title of Top Dog,” said Jason Jambor, with the Arizona Law Enforcement Canine Association (ALECA).

The association is made up of hundreds of canine handlers throughout the Southwest.

“They’re going to go through a bunch of scenarios, things that they might see in their working life,” Jambor said.

More than 50 canine teams from across Arizona will be competing in various exercises, simulating real-life scenarios that include handler protection, apprehension, narcotic and explosives detection, tactical obedience, and agility.

“The handler and that dog team is going to have to do their very best to navigate the obstacles and they’re going to get scored accordingly,” Jambor said.

The dogs don’t just show up, a lot of hard work that goes into it.

In fact, they have to go through some pretty intense training to get to this point.

At just 16 to 18 months of age, the canines are teamed up with an agency and paired with a handler. They have to go through a 10-week initial academy, before they’re certified to become a police canine. Once they’re officially put to work, these canines have go through 10 hours of training each week to keep up their certification.

“It’s amazing,” he said. “I’ve been doing this for almost 5 years now, and still daily, these dogs... they blow my mind. They are incredible animals, they’re very intelligent, obedient… their drive to work is inspiring.”

That training ultimately pays off when they’re fighting crime out on the street.

If you would like to check out the Desert Dog Police K9 Trials and Public Safety Expo, it’s open to the public. The event is happening today and tomorrow, and the admission is free!