After losing their family dog recently, Liz and Larry Dobrin said they can’t help but think a greater power brought all of them together. 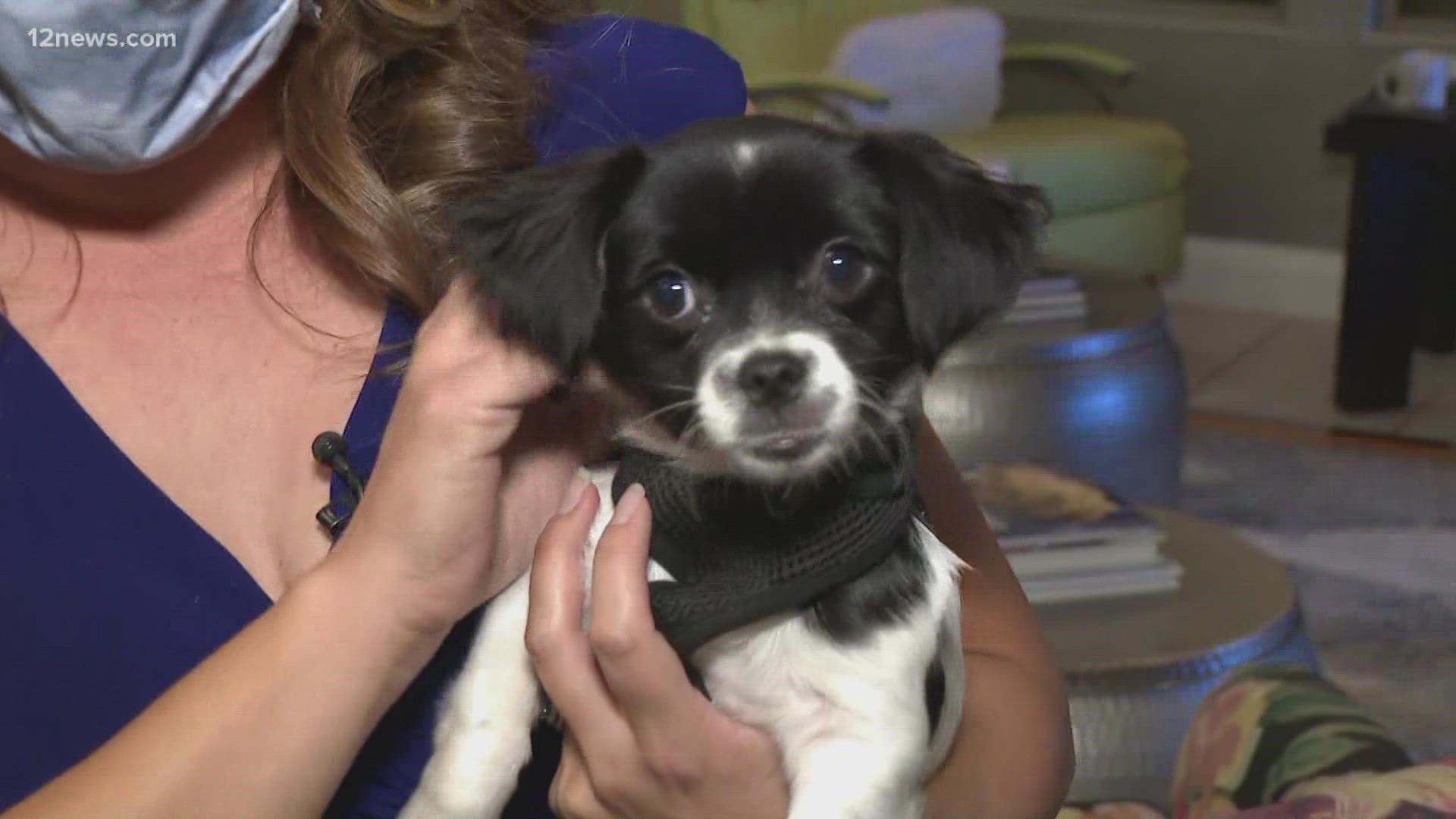 SCOTTSDALE, Ariz. — Just days after being put up for adoption following a prickly injury from a cholla cactus, Cholla Charlie the puppy is in his new fur-ever home. And his new family is smitten.

Liz and Larry Dobrin first heard about Cholla Charlie’s rescue and recovery thanks to the Arizona Humane Society, on 12 News.

He was found covered from ears to paws in a cholla cactus spines in Surprise last month.

“Liz saw the story first," Larry Dobrin said. "I saw it. We both said, 'that looks like someone we could be in love with.'”

As soon as Cholla Charlie was ready to find a new home, the Dobrin’s son-in-law made an appointment for them with the Arizona Humane Society.

Now home with Liz and Larry Dobrin, Cholla Charlie is happy and has his own Instagram account, despite his rough beginning with a cactus.

“The early life that he had, you would think he’d be jiggy and nervous, but you saw it when you came in," Larry Dobrin said. "There was no fear. A lot of love for everybody he comes in contact with.”

After losing their previous family dog recently, the Dobrin’s said they can’t help but think a greater power brought all of them together.

“It was sort of meant to be," Larry Dobrin said. "We both, it touched our heart.”