The puppy was found covered in cactus from head to paw but is now ready for adoption. 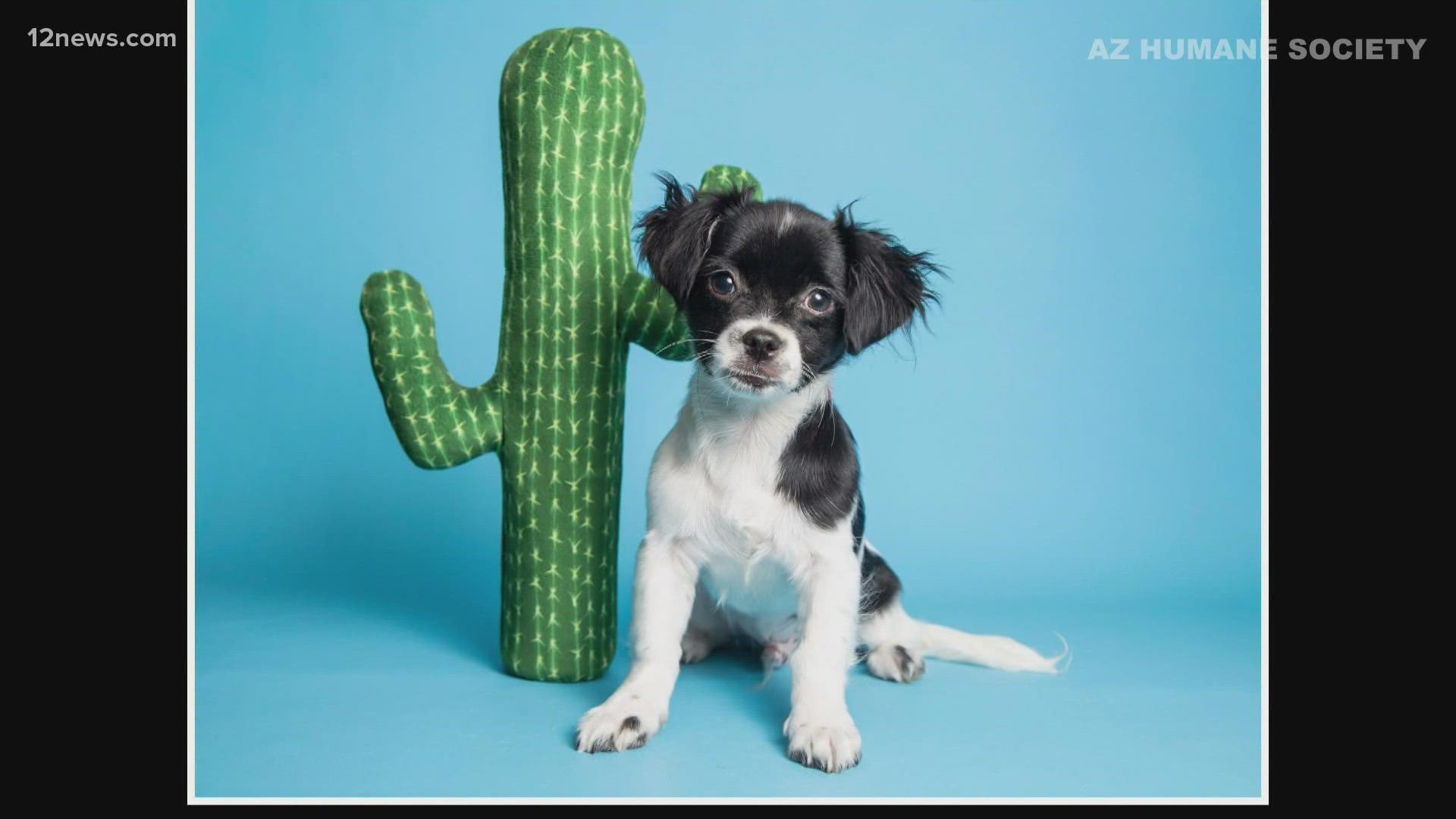 SURPRISE, Ariz. — A five-month-old chihuahua puppy found itself in a sticky situation.

The puppy was found covered in cholla cacti needles from head to paw on July 22.

Now almost a month later, Cholla Charlie, affectionately named after his inflictor, has been freed of any cactus spine and is ready to take on the world again, just perhaps a world with a little less cacti.

There's no doubt Cholla Charlie was in a considerable amount of pain when he was found in Surprise with cactus covering his entire body, including his mouth and ears. (Cue an insert of the Disney show "Good Luck, Charlie.")

However, once veterinarians from the Arizona Humane Society performed a procedure to remove all of the cactus spine from his five-pound-body, Cholla Charlie was ready to take his misadventures to a new family.

Now infamously known for his prickly run in with a desert plant, Cholla Charlie will be up for adoption on Aug. 18 at AHS’ Everyday Adoption Center in the Scottsdale PetSmart on Miller Road and Camelback Road.

With his new-found fame, Cholla Charlie can only be met by appointment. Those interested in meeting him can set an appointment by visiting www.azhumane.org/adopt.