Larry the dog seemed very excited when his owner found him blue in the face. 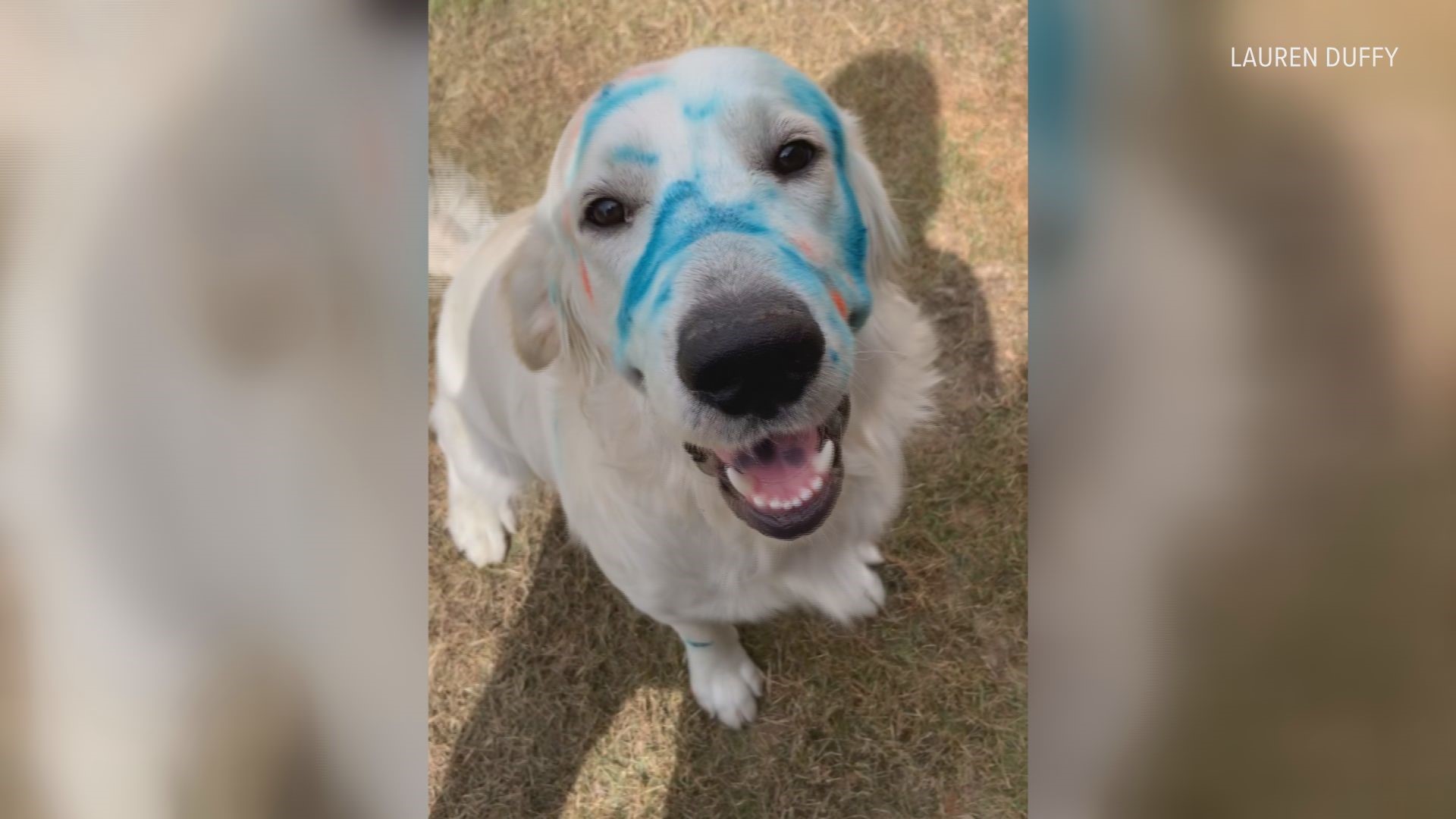 CHANDLER, Ariz — What do you get when you mix melted crayon with a golden retriever?

And a self-inflicted doggie makeover.

A Chandler family probably didn't plan on their dog, Larry, getting a new look, but Larry had other plans.

Lauren Duffy posted in a Facebook group that Larry had got into some melted crayon in their backyard on Monday, making him look a little bit like Mel Gibson's character in "Braveheart."

In less than a day, the post received over 3,000 reactions.

No one could ever be mad at a face so, um, blue, but Duffy said her four-year-old child was worried that Larry would be stained forever.

Credit: Lauren Duffy
A Chandler family's dog got melted crayon all over his face.

Duffy said she hopes Larry's blue-do can bring some laughter into the world.

Credit: Lauren Duffy
A Chandler family's dog got melted crayon all over his face.