Those Who Serve: A short enlistment turns into a career of leadership for Valley veteran 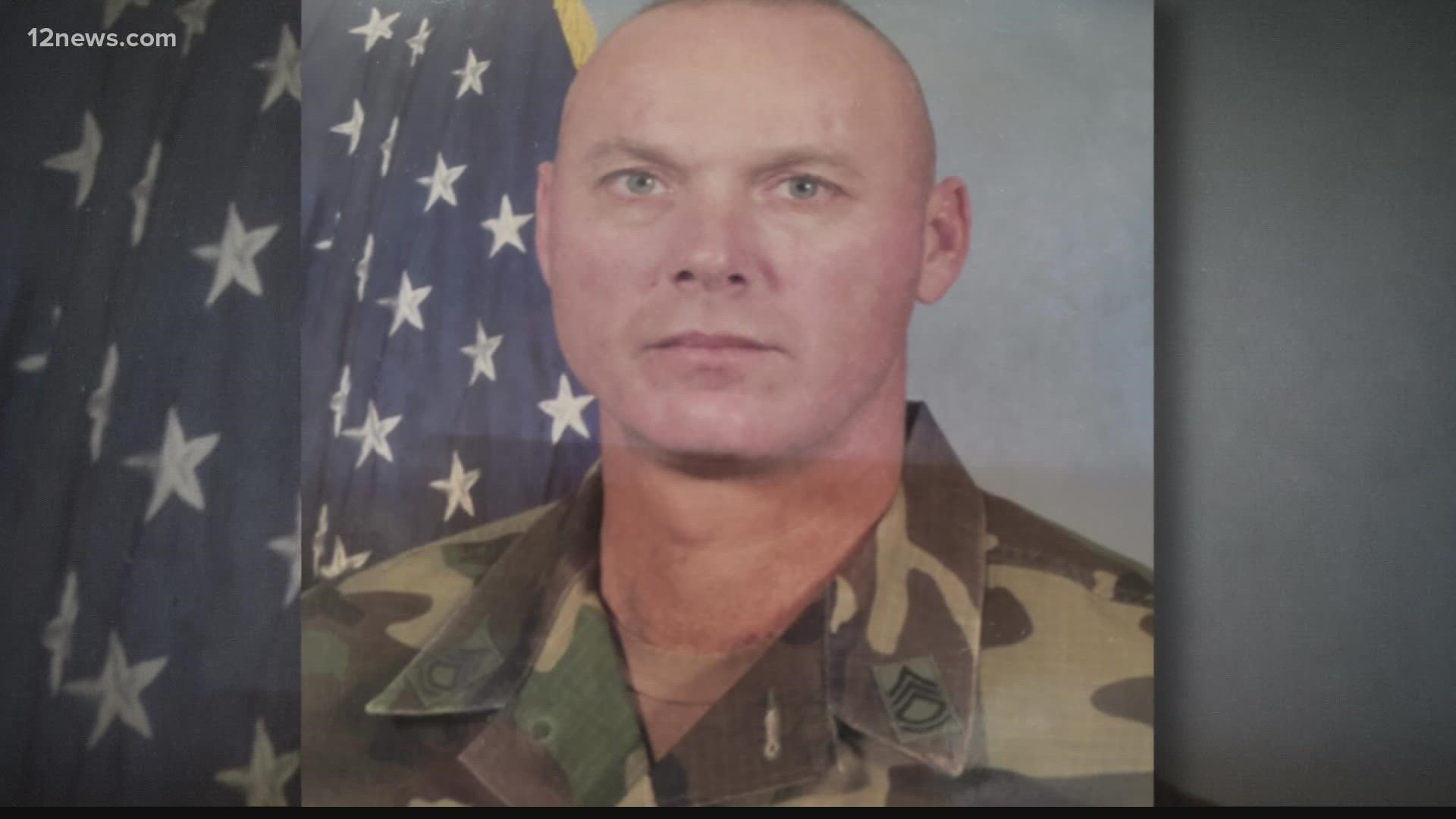 LITCHFIELD PARK, Ariz. — What was supposed to be a short enlistment turned into a career of leadership for one Valley veteran, serving with some of the best that the military has to offer.

When Aaron Dudney is not busy overseeing the information technology systems at Palo Verde Nuclear Generating Station west of Phoenix, he keeps busy by building elaborate woodworking projects around his home.

“I did all the drawers, they’re hardwood, maple. Dove-tailed,” explained Dudney as he walked through his kitchen, decked out in beautiful hardwoods that he designed himself.

He honed his woodworking skills in his youth, working various construction jobs in the late 1970s until the bottom fell out of the construction industry around 1980. That’s when a young Dudney needed to find a new way to provide for his family.

“I just happened to be walking by a little strip mall and there was the 'Be All You Can Be' sign from the U.S. Army,” Dudney recollected.

Thinking he could enlist for a few years and maybe learn a new trade, Dudney walked in and enlisted. After his initial contract was up, Dudney discovered something he didn’t expect.

He started as a specialist in information technology and communications in the Army. On a whim, some years later, he and a friend decided to try out for Airborne School. That led him to apply and be accepted into Ranger School.

After 20 years of service, many as an elite Army Ranger, Dudney retired and joined Arizona Public Service as an information technology engineer. He put his years of service and leadership to good use, helping to develop a veterans group within APS.

“We put this program together so that veterans of APS could come together, collaborate, find shared activities and that we could actually volunteer and help the community at large,” said Dudney.

The Veteran Engagement Transition Retention Network, or VETRN, helps veterans transition into civilian employment and helps ease that transition for the veteran and their families. The group also teamed up with Honoring America’s Veterans to host the annual Veterans’ Day Parade through downtown Phoenix.

“It’s more than just a parade, it’s really a coming together of veterans and their families,” explained Dudney.

RELATED: WWII veteran shares his story with kids on 79th anniversary of Battle of Midway

His experience in the military has put Dudney in a position to help others make that leap from military life to civilian life. Although a life of service comes with challenges for those transitioning to the private sector, service is something Dudney thinks everyone should at least consider.

“If they have the opportunity to go through the military, it’s a good opportunity to learn, if nothing else, it’ll put things in perspective the rest of your life,” said Dudney.

After the Veteran’s Day Parade was canceled last year due to COVID, Dudney told 12 News this year’s Veterans Parade is going to be twice as spectacular.

If you know someone who served and would like to share their story, you can nominate them on the 12 News Those Who Serve page.

12 News is honoring the brave men and women who are currently serving and have served in the United States's armed forces. Be sure to subscribe to our YouTube channel for more great stories!