Iiken is a retired Military Working Dog and was trained as a Specialized Search Dog to find explosives in the Army. Award voting is open now. 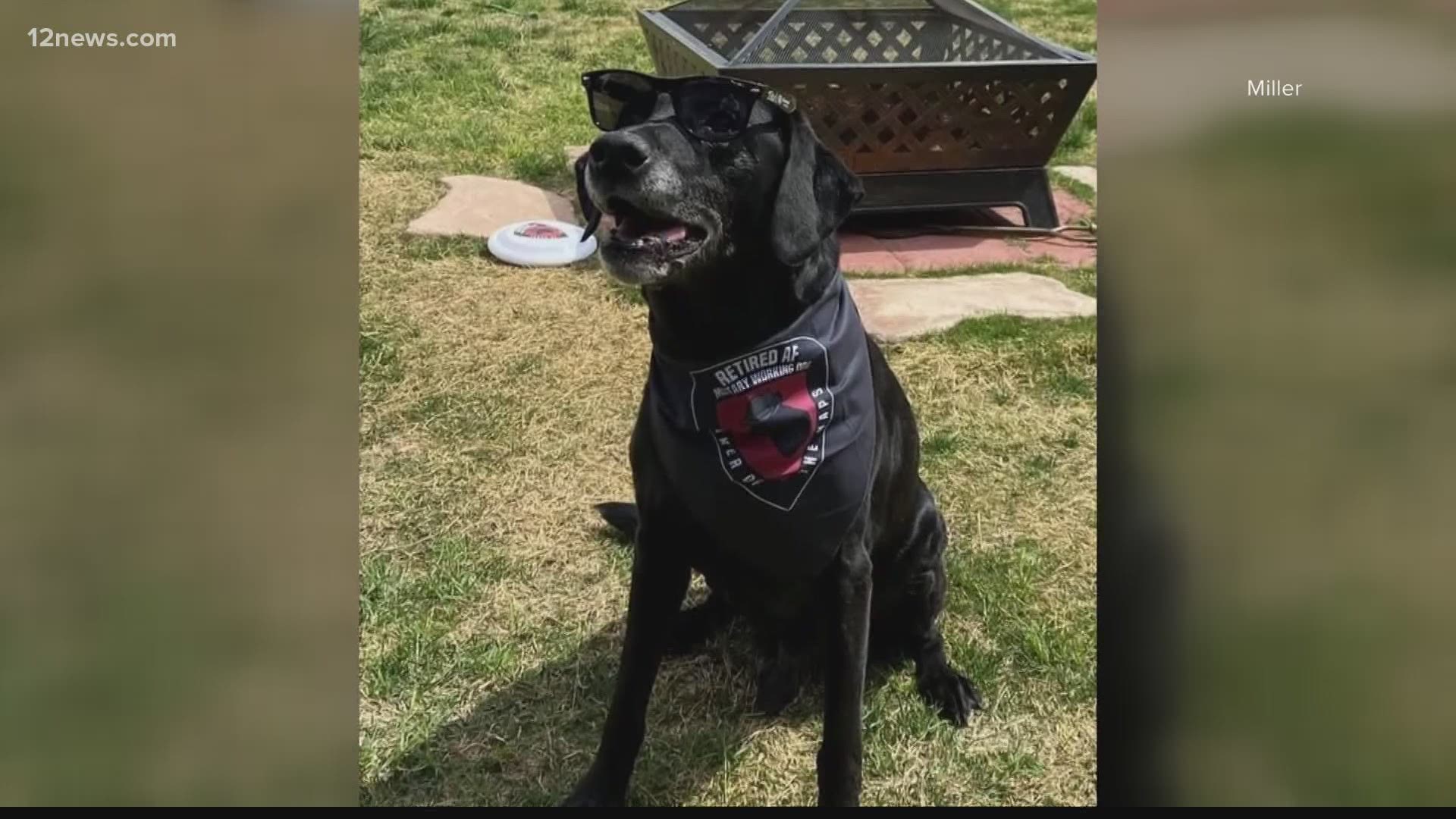 PHOENIX — A retired Arizona military dog is in the running for a prestigious award. It's to honor his lifetime of life-saving work around the world.

Besides still competing for the recognition, the most excited 15-year-old Iiken gets most days, is a surprise by mail. But for years leading up to now, his days of service around the world were anything but boring, said adopted owner Sharon Miller.

"He went to Afghanistan," Sharon said. "He saved many, many soldiers, Marines and all other people that were there at the time."

Iiken is a retired Military Working Dog and was trained as a Specialized Search Dog to find explosives in the Army. It's a very important job, to the people he's protecting.

Like many Americans who serve, Iiken was hurt in the line of duty.

"He and his first handler were blown up by an IED that they ran over in the vehicle they were in," Sharon said.

Iiken recovered and finished his days serving with the Marine Corps until he officially retired a few years ago. Now, following years of saving lives, Iiken is in the running for big-time recognition. He's a finalist for an American Humane Hero Dog Award.

"I was very happy when they sent me the email and said congratulations, he made top three," Sharon said.

For his family, it's a chance to show the Nation the heroic work K-9's like Iken do.