Meaning behind the mural: Wall dedicated to Marine Corps cleaned by volunteers

A group of volunteers woke up early Saturday morning to spruce up the Scottsdale Marine Corps mural by the Civic Center Library. 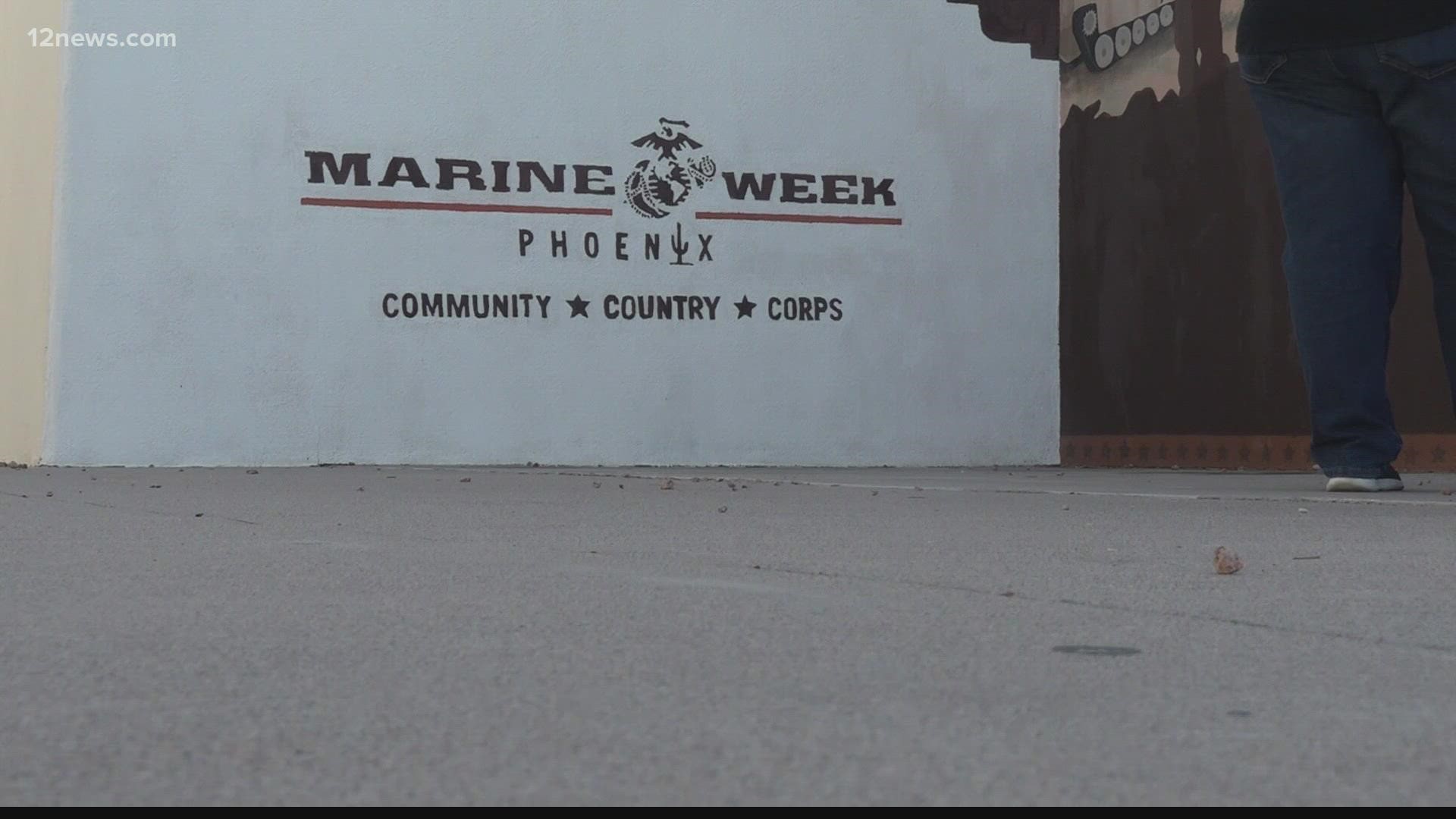 "The artists that came together to create the mural in 2015, they came from as far as Washington D.C.," Mike Phillips said. He's a Marine Corps veteran. "It was done by five active-duty marines."

Phillips said the six-year-old mural was painted during Marine Week as a creative way to educate the public.

"They usually go to places where there’s not a lot of marines so Phoenix was the location in 2015."

It's located near the Scottsdale Civic Center Library.

"We wanted to help make sure the mural was in great shape so we spent several hours out here," Paula Pedene, Executive Director of Honoring America's Veterans said.

What'd you do with your Saturday morning? These volunteers cleaned up a Marine Corps mural in Scottsdale that's near & dear to their hearts! @12News pic.twitter.com/GK7rTRWpSC

She was one of about a dozen volunteers who came out. It's something they do periodically to maintain the mural out of respect, honor, and dedication.

"With COVID-19 we weren’t able to do as much in the last year and a half so we got together with everyone today," Karen Andrews with the Daughters of the American Revolution said.

Phillips said the mural tells a tale. Every Marine family has a story, after all.

"Three days after [my husband and I] got married in 1990 he was deployed to Desert Storm so that wasn’t the honeymoon we were planning exactly," Trista Burns, one of the volunteers, said.

But only a select few stories could be painted on the wall.

"One of the images on this mural is Lance Corporal Jacob Hug," Phillips explained. "He’s the combat cameraman, he perished in an earthquake relief effort in Nepal. He was a graduate of Moon Valley High School in Phoenix."

Stories like Corporal Hug's are kept alive through the now-spotless work of art, thanks to the many volunteers.

"It looks amazing, it looks awesome, and it’s here to stay!" Andrews said.

"I think it's a reminder to the community that there are Marines out there every day protecting our freedoms," Phillips added. "I'm so thankful for everyone who came out today."