"They saved lives, and I can't express enough gratitude for them," Pete Tsinnijinnie, a fellow veteran on the Navajo Nation said. 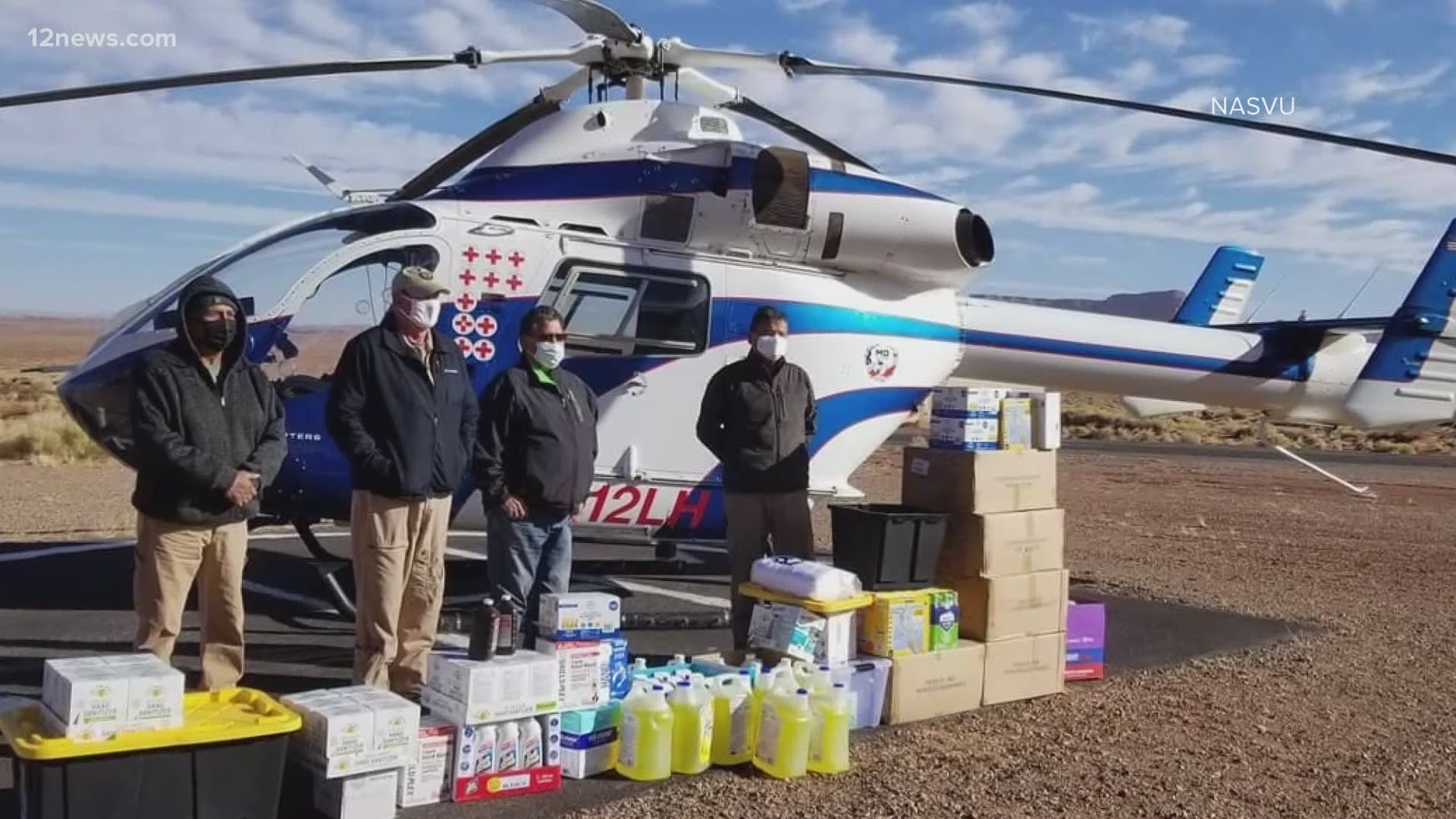 PHOENIX — A group of Arizona veterans came to the rescue of their fellow brothers and sisters during this important time of need. And their outreach stretched from the Valley to the Navajo Nation.

Tom Eisiminger and Bob Dalpe are two long-time military friends with a good sense of humor.

"The truth is, we keep each other out of trouble," Eisiminger said.

But when this duo finds people in serious trouble, like during a pandemic, it is all kidding aside and they get moving.

Their latest project, called NASVU, has served veterans on the Navajo Nation and Hopi Tribe since last March.

"As many times as I tell NASVU, you guys are lifesavers, it doesn't register with them that I'm serious," Pete Tsinnijinnie, a fellow veteran on the Navajo Nation said. "They saved lives, and I can't express enough gratitude for them."

Tsinnijinnie expressed gratitude for the life-saving resources. He added one of their first requests was a bit of a surprise.

"So that's where it began, with chainsaws," Tsinnijinnie said. "People were probably scratching their heads down there, 'what do they need chainsaws for during this pandemic?'"

RELATED: How to submit your 'Those Who Serve' story

Chainsaws are a basic necessity, to cut firewood so families do not freeze. A lot of people on the Navajo Nation do not have electricity or running water. And some of the veterans they serve live remotely and have disabilities.

"During the lockdown, we couldn't go nowhere, so we had to try and coordinate water delivery," Tsinnijinnie said.

Access to clean water is another big problem that COVID-19 made even worse. So Tom, Bob and their team, helped deliver water tanks too.

"Now they could haul water that would hold for at least one week or two weeks," Tsinnijinnie said. "And they had something to sustain themselves with."

NASVU has coordinated hundreds of miles in transport donations and other PPE supplies to the Navajo Nation. The organization works with Tsinnijinnie, a community veteran organization commander, to find veterans in need.

"It gave us something meaningful to do rather than be locked up, and we were helping our battle buddies as they say," Eisiminger said.

"It's a part of the national community that doesn't get a lot of help or a lot of attention," Dalpe said. "And so we saw a need and both Tom and I decided let's jump on in."

Even in their years off-duty, this group of heroes is making sure their veteran brothers and sisters do not get left behind.

"It may sound like something minute over there, but here, it's a big deal," Tsinnijinnie said. "For some it's a matter of life and death and it helped them."

The NASVU project is still in need of more donations.