Cases of internet crimes against children are quickly growing as online gaming is giving predators easy access to children. 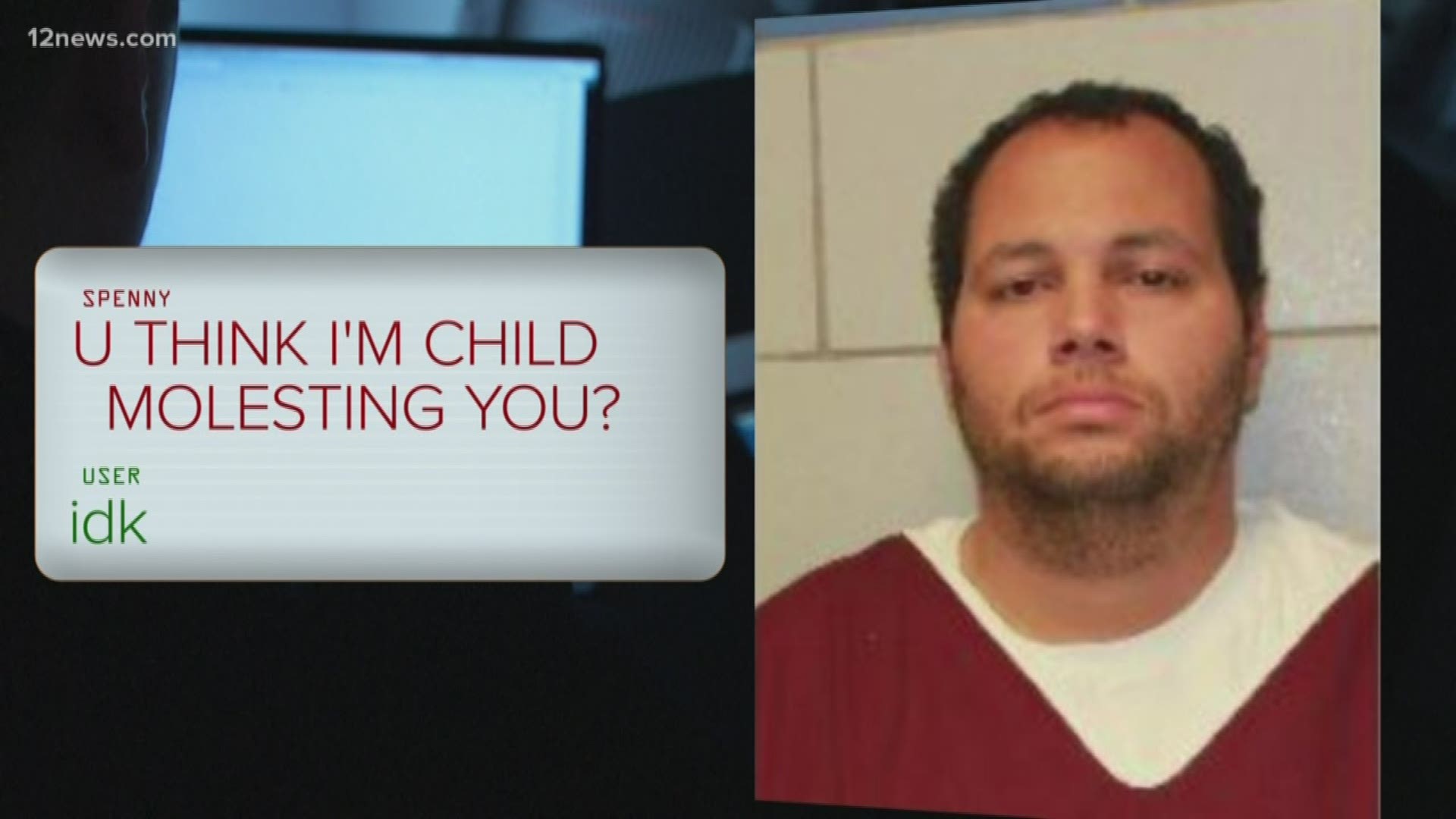 But he never thought the stranger would be in his own living room.

Yet, that's exactly what happened to his son, 12-year-old Mikey.

Mikey was playing Fortnite a few months ago when he got a weird message from a player he didn't know.

Mikey's father, happens to be a Scottsdale police officer, and emphasized to Mikey the importance of not sharing personal information. So when the message came up, Mikey red-flagged it right away and got his father, but not all teens and children are as lucky.

Maricopa County Sheriff Paul Penzone says cases of internet crimes against children are quickly growing and a top priority for his office, and online gaming is giving predators easy access to children.

"It suddenly gave predators this chance to have this cloak of anonymity to be able to portray themselves in any age bracket, but then suddenly to have direct access to children," Sheriff Penzone said.

RELATED: Talking to your child about the dangers of online gaming

Sexual predators will often start in the chat feature of video games and gradually build trust.

On average, Mikey gets red-flag messages once a month.

Video game chat applications are becoming an increasingly popular destination for criminals because that's where potential victims are.

According to the Pew Research Center, 97% of teen boys in America play video games, as do 83% of girls.

The goal of the predator is to eventually dupe the children or teens into sending sexually explicit photos or videos, or even meet them in person. In exchange, the criminal sends them gift cards or video game currency.

How big a problem is this nationally?

It's difficult to know just how prevalent a problem this is because cases are difficult to track for several reasons.

Oftentimes, if a child is contacted by a criminal online or via a video game, and if the child catches on, the case is not reported to law enforcement.

Cases that are reported usually come in through the National Center for Missing and Exploited Children's (NCMEC) Cyber Tipline. However, the tips include cases of criminals contacting children via social media, apps and other methods. They don't specify video games.

NCMEC started tracking sextortion cases in October 2013 and since then, reports have been on the rise.

The age of children ranges from 8 to17 years old, according to the NCMEC database. 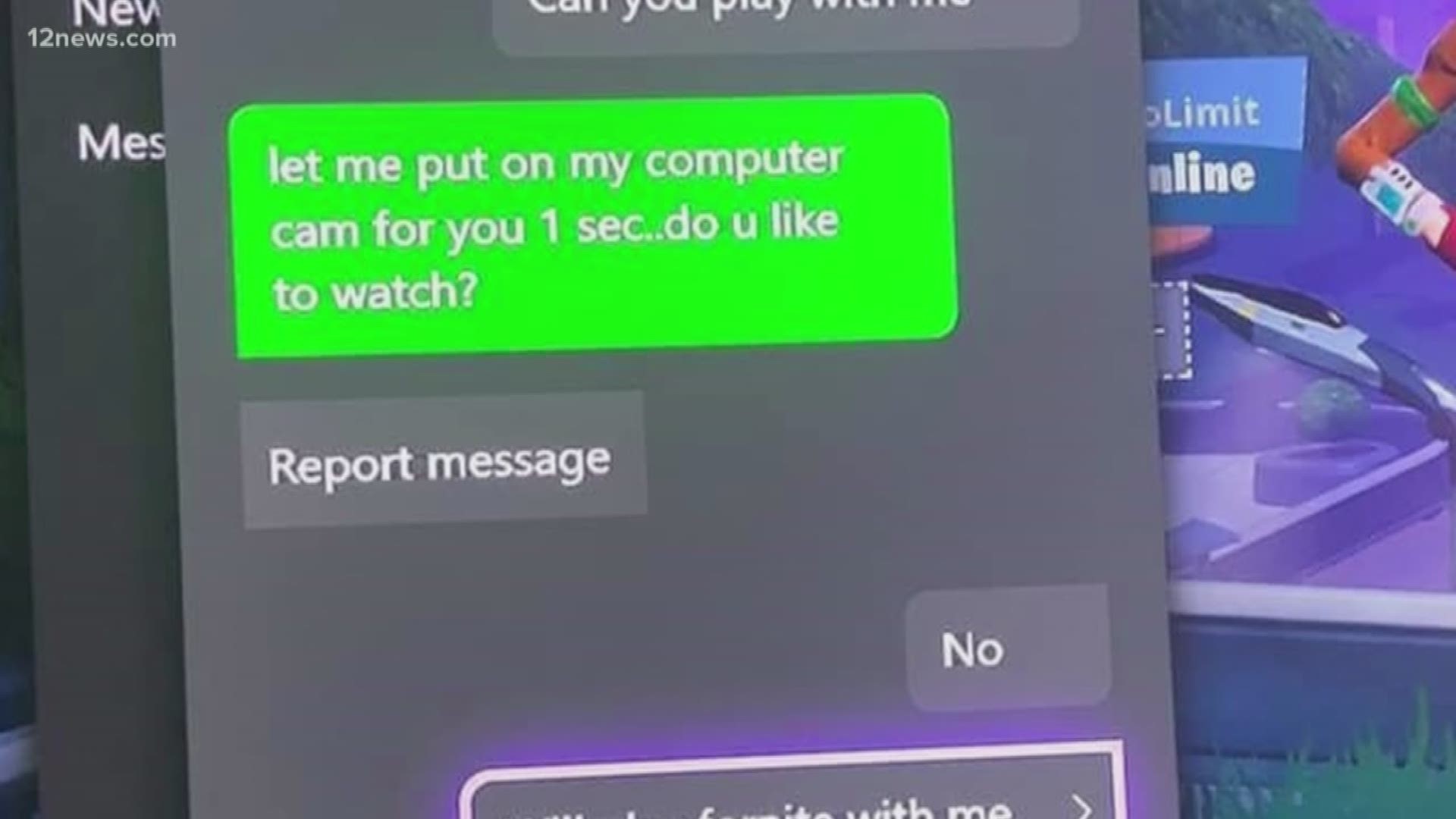 How prevalent are the cases locally?

Again, the numbers are difficult to isolate, but the Phoenix Police Department is the lead agency of the Arizona Internet Crimes Against Children Task Force, which conducts investigations into such cases, among others.

In 2019, the task force received more than 4,300 Cybertips from NCMEC, according to a spokesperson for Phoenix PD.

12 News reached out to 10 major police departments across the Valley.

Of the 10 departments, nine responded.

Of the nine, eight departments said they have either a task force or special unit specifically assigned to internet crimes against children.

Seven departments say they have recently had at least one case of a predator luring or contacting a child through a video game.

Spencer Steckman is one such criminal. In November 2019, he was sentenced to 40 years in federal prison after pleading guilty to numerous crimes against children.

MCSO detectives say he lured a 12-year-old Anthem boy into sending him sexually explicit photos after meeting him on Playstation 4. The chat conversation later moved to social media and text messages and was always sexual in nature.

Detectives tracked him down at a military base in Japan. He was later extradited back to the U.S. and prosecuted.

What can parents do?

According to our 12-year-old video game expert, you can't turn off notifications or keep strangers from contacting you in the chat feature of video games.

The best thing parents can do for their children is communicate with them. Tell them not to give out any personal information such as their age or where they live, just like Mike Conway told his son Mikey to do.

Parents should also periodically check and monitor the chats their children are having on video games.

Sheriff Penzone said parents should know, if your children are playing online, be aware, they're not only playing with other children, but most likely with adults as well.

"You can’t have the naivety that just because your child is in your home on a video game 5 feet away from you that they’re safe from the dangers of a predator. Quite frankly, they’re probably more exposed than they’ve ever been before," Penzone said.

If your child is contacted by a suspected predator online, report it to either your local law enforcement agency, or to NCMEC here.

RELATED: Woman gets 7 years for trying to lure 14-year boy for sex

Below is a PDF checklist you can download detailing steps you can take to protect your child.