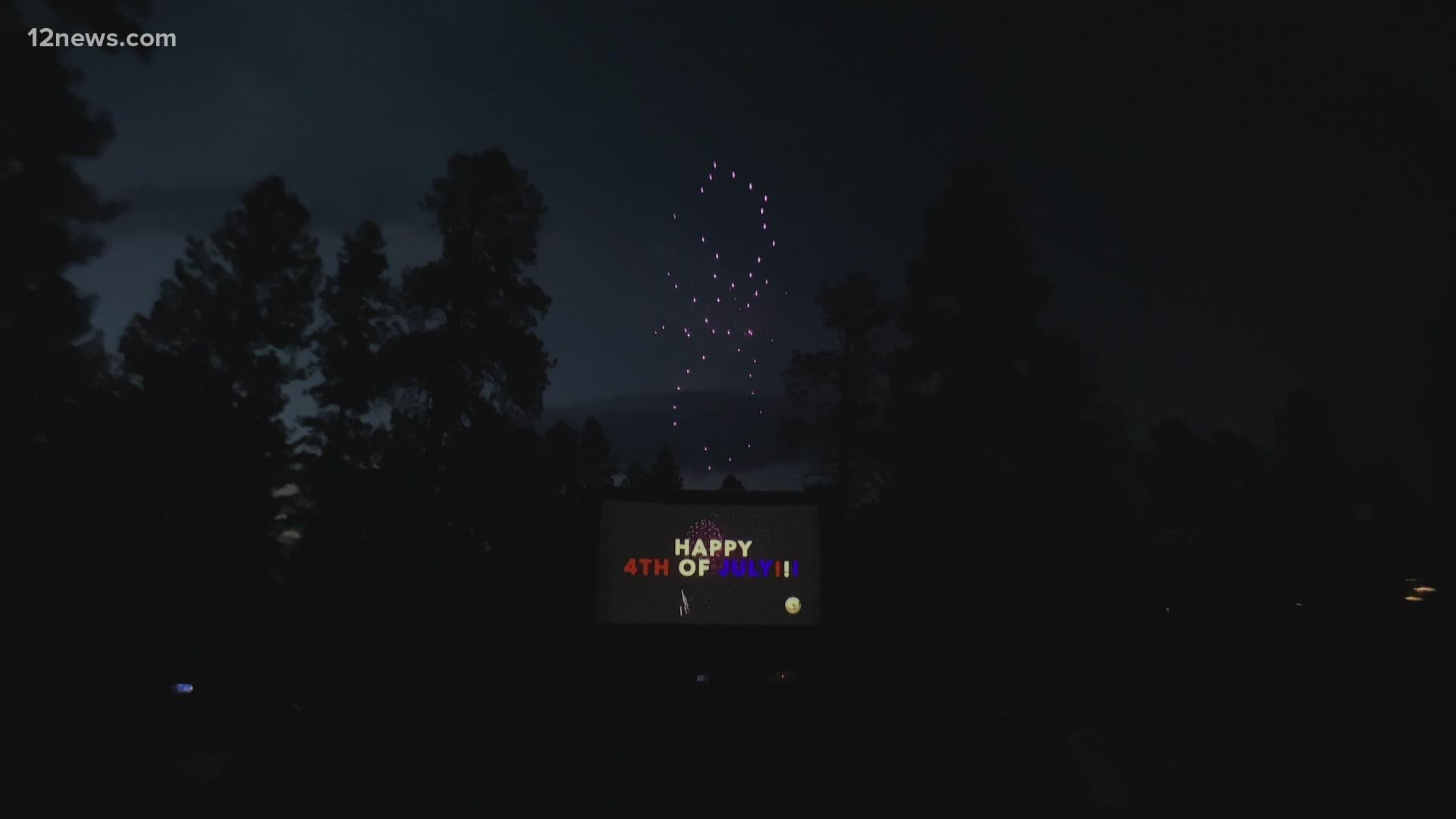 TUSAYAN, Ariz. — The small town of Tusayan is celebrating July 4 with its first-ever drone show.

The unique celebration is heavy on patriotism and light on fire risk, which is a plus for the community surrounded by the Kaibab National Forest.

The celebration will include 100 drones and will mark the town's 10-year anniversary.

The town of Tusayan is dangerously vulnerable to wildfires because of the landscape, which is full of juniper and large ponderosa pine trees.

“We don’t really want anything to do with anything that could spark a forest fire and endanger our area,” said Vail.

Keeping the town safe is the first priority. No stores in Tusayan sell fireworks and the town has never had a fireworks show.

“The entire community’s livelihood, everything is quite dependent on us having a healthy forest,” said Vail.

Arizona is a tinderbox waiting to be lit due to the extreme drought throughout the state, officials at the Arizona Department of Forestry and Fire Management said. Fireworks could act as the igniting spark for a disastrous wildfire, even in urban areas.

Two years ago, a brush fire was ignited in North Phoenix after teenagers lost control of their fireworks, putting their neighborhood at risk.

Officials recommend that people, if they do buy and plan to use personal fireworks, set off fireworks in a clear and open area on concrete or asphalt.