“In the craziness that we’re going through right now, we just felt that everybody needed a big pick-me-up this year,” said Jennifer Williams. 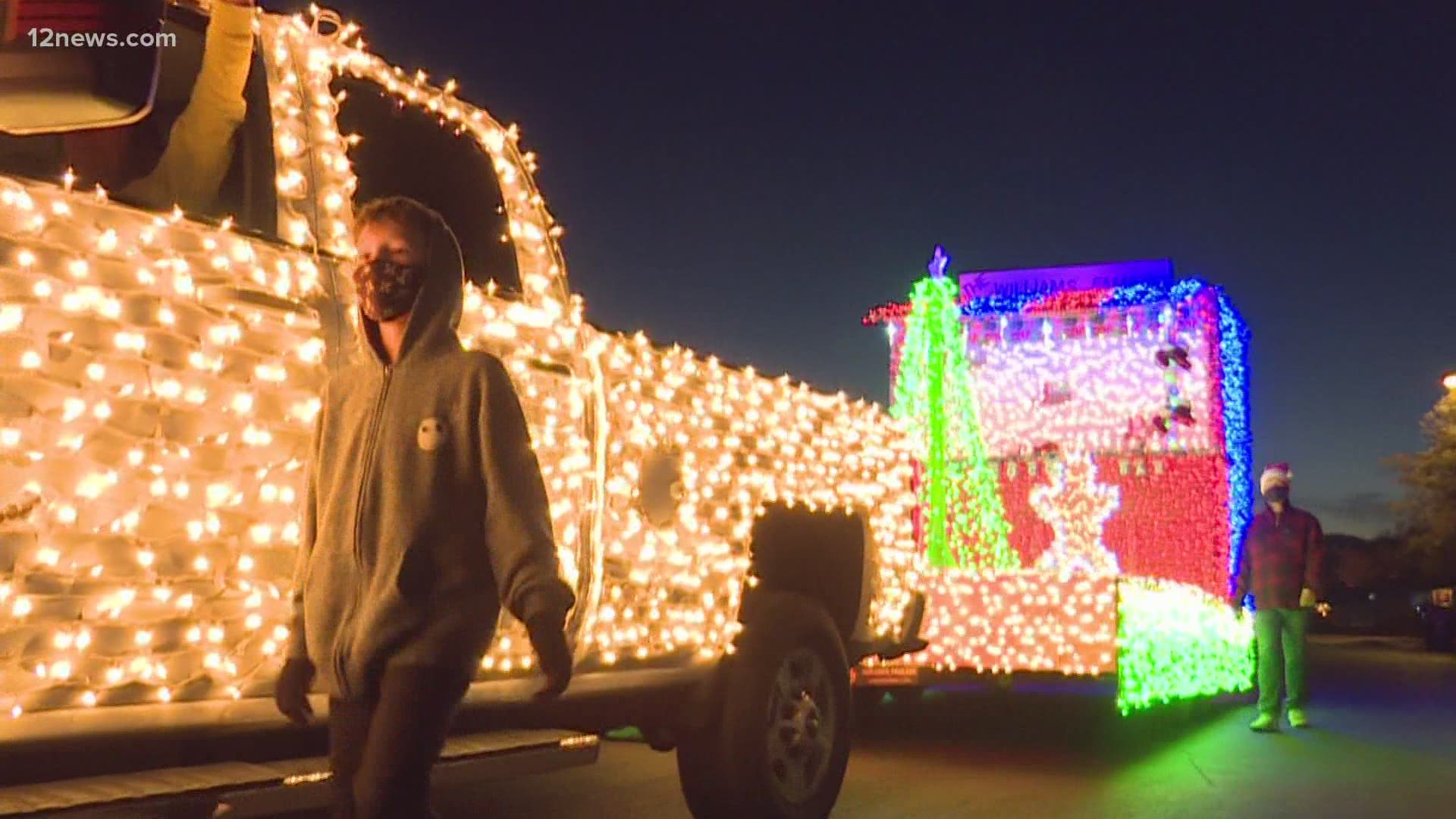 SURPRISE, Ariz. — One family isn’t letting COVID-19 dampen their holiday plans. They decided to bring the Electric Light Parade to the community.

“In the craziness that we’re going through right now, we just felt that everybody needed a big pick-me-up this year,” said Jennifer Williams.

Williams and her family run a float in the parade every year. Last year, they built their own from scratch. When word got out that there would be no parade this year, the family decided a parade was exactly what people needed.

The family got together and build a hot cocoa-themed float, complete with a sound system.

They fired up their Silverado and off into the neighborhood they went.

“It’s fun, it’s kind of like, crazy because the float is kind of fast but overall, it’s really fun,” said 10-year-old Jayden Williams.

The float makes its way through various neighborhoods in Surprise, playing holiday tunes loud, for all to hear. The ruckus gets people out of their house to see what is going on.

“No, I was not expecting it at all,” said Aiden Edelson, who came out of his house to see the float pass by. “I hear loud music, I was like, 'what the heck is that?' Then I see this big float and I’m like, 'oh!'”

The Williams family says they has some more creative freedom this year with their design.

The float has been a big hit in the Northwest Valley.

“The young and the old, they all come out and they all have smiling faces,” Williams said. “It’s just absolutely pure joy.”

The Williams Family Float with run up through Christmas Eve. They post their next route on their Instagram Page.