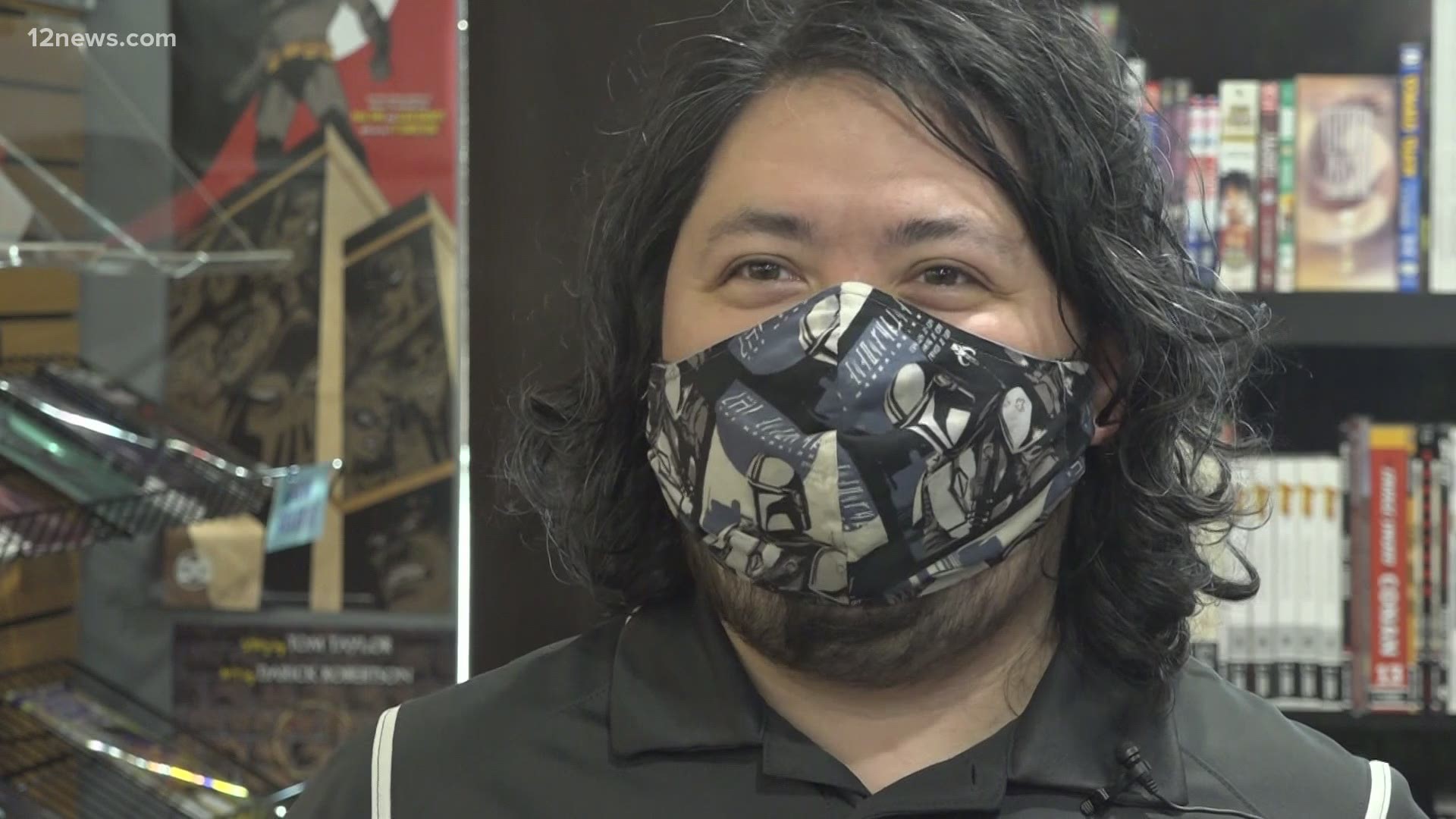 PHOENIX — When you think of National Superhero Day, you might think of classic comic book characters like the Avengers, Superman or Batman.

But, what about those who, in real life, have been a superhero this year?

Those who stopped by Fantastic Worlds Comics in Scottsdale on National Superhero Day on Wednesday found superheroes of their own beyond the pages they flipped through.

For owner, Bill Ponsetti, his superheroes are people who have helped kept him going, specifically his store manager.

“I wouldn’t be able to do it if I didn’t have someone who’s become part of my family to run this business,” Ponsetti said.

Maybe it’s someone who’s fighting your life battles with you.

“It’s really good to have somebody there that’s by your side all the time,” Chris Peak said.

For Peak, it’s his girlfriend Shannon.

“Me and my girlfriend have really had to rely upon each other because we don’t have family local and her father had unfortunately passed away during the pandemic so it’s been tough,” Peak said.

Even superheroes have sidekicks helping them out a long the way.

“Probably my girlfriends and sisters,” Lynette Merkell said.
Merkell has found they’ve given her a listening ear this year.

“They always amaze me with their words of wisdom,” Merkell said.

But even superheroes, need inspiration too.

“Us teachers, you know, we’re doing what we can, we’re trying to be superheroes to our kids,” Nicholas Inoue said.

Inoue said his younger brother Stephen is who inspires him.

“He always seems to push through difficult times, and just makes things work,” Inoue said. “He was rolling with things, setting new goals for himself, achieving them, got into law school.”