Kwanzaa in the Valley: Celebrating African American culture and ancestry

Observed from Dec. 26 to Jan. 1, the holiday is a celebration of life, ancestry and culture. 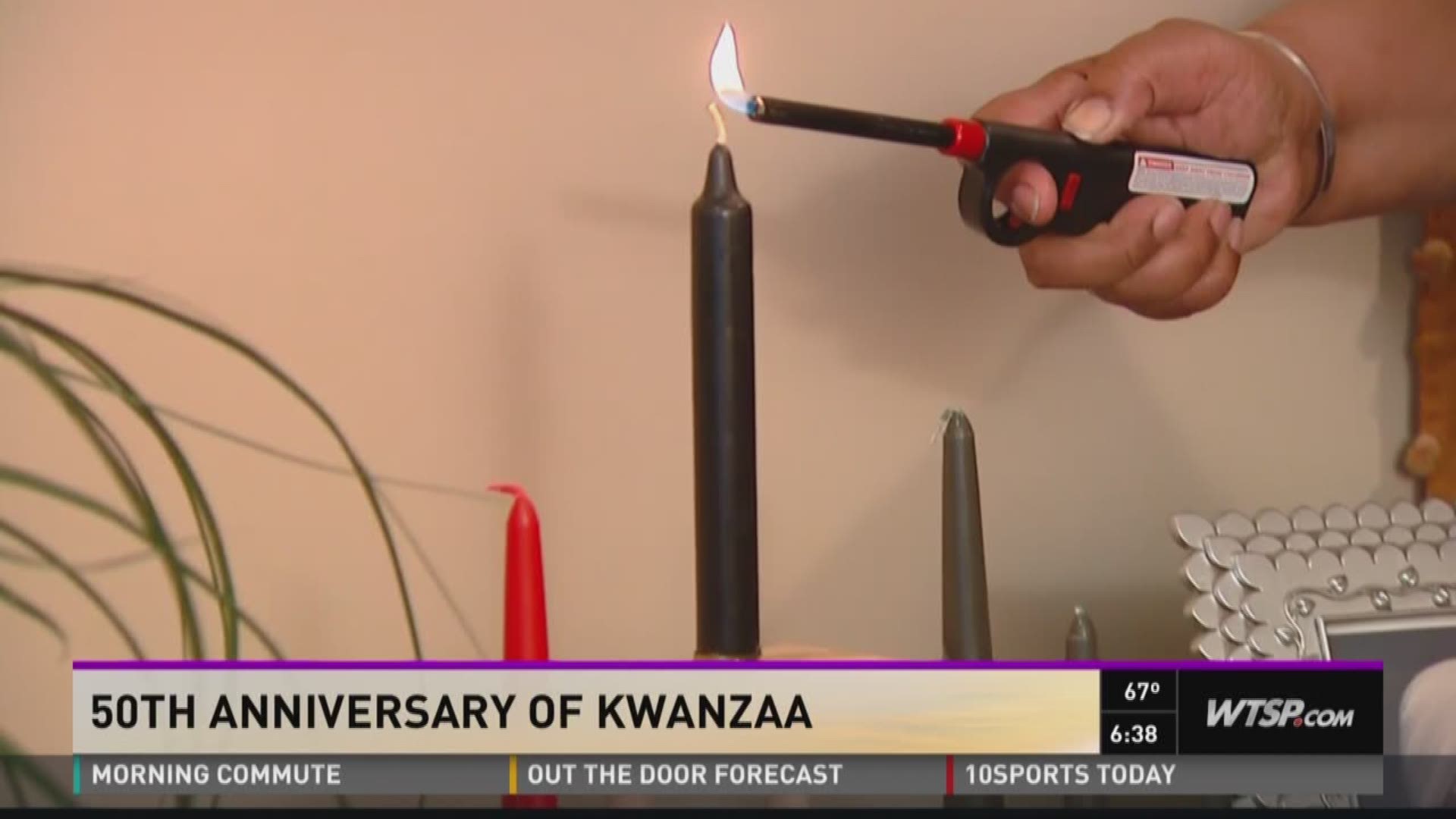 PHOENIX — Editor's Note: The above video is from our sister station WTSP's coverage of the 50th year of Kwanzaa in 2016.

As 2020 comes to a close, it will be a time of reflection and celebration for many in the Valley, including those who observe Kwanzaa.

Deborah Williams has called the Valley home for the past 40 plus years. And each year, her family spends the last week of December celebrating Kwanzaa.

The Williams family has been doing this since the 1970s, after being introduced to the newly founded holiday which acknowledges African American culture and ancestry.

“Just felt like it was a better holiday. Christmas had gotten so commercialized. Kwanzaa, to us, it has more meaning, it was more meaningful for culture and people,” Williams explained.

Observed from Dec. 26 to Jan. 1, the holiday is a celebration of life. Each day of Kwanzaa recognizes a principle that helps communities thrive, which include:

Williams said usually her family gathers, they have a big feast with some traditional African dishes and they discuss the principles. On the last day, the family exchanges gifts, mostly handmade or educational.

She has also helped organize community Kwanzaa celebrations in the east Valley with Black Wall Street Arizona Inc., a non-profit that works to uplift underserved communities.

“Kwanzaa to me, it means coming together of families, our communities, our children. It’s stepping back and taking a minute to reflect on if we practice the principles of the day, not only the week of Kwanzaa, but all through the year it will help us as a people and as a family,” Williams said.

Kwanzaa was created in 1966 by Maulana Karenga, a professor and chairman of Africana Studies at California State University at Long Beach.

He established Kwanzaa for African Americans to connect to their African heritage and reflect on the values that bind the Black community together.

Aubrey said she has held Kwanzaa celebrations in Africa. She said, often times, it surprises people that the holiday is celebrated throughout the globe not just in the United States where it began.

Kwanzaa was born from struggle as African Americans pushed for civil rights in the 1960s.

“And we see the sixties as a time where various leaders in our community are really challenging white supremacy, challenging Jim Crow and calling for justice. And for the U.S. to live up to its ideals that were more in theory than in reality,” Aubrey said.

And as Black Americans worked to change their reality, Africans were establishing their independence an ocean away.

“We also see that as countries in Africa are gaining their independent, they are also establishing diplomatic relations with other counties in the world, as with the U.S., so, we see African ambassadors coming to the U.S. to represent their countries and at the same time being discriminated against because they are Black,” Aubrey said.

“So, we see those two struggles and two celebrations of freedom that are happening at the same time,” Aubrey continued.

RELATED: African Americans are disproportionately dying from COVID-19. Here are states with the worst disparities

This year was marred by hardships, from the COVID-19 pandemic decimating communities of color to a reinvigorated fight for social justice following the death of George Floyd in Minneapolis police custody.

Kwanzaa celebrations will no doubt be different this year due to the pandemic, but perhaps even more powerful as people reflect on this year and look forward to the next.

“Yes, we are in the struggle, but at the same time there is so much to celebrate about African Americans and those of African descent. During this period again is an opportunity to celebrate family, community, cultures, strength and survival over time,” Aubrey said. 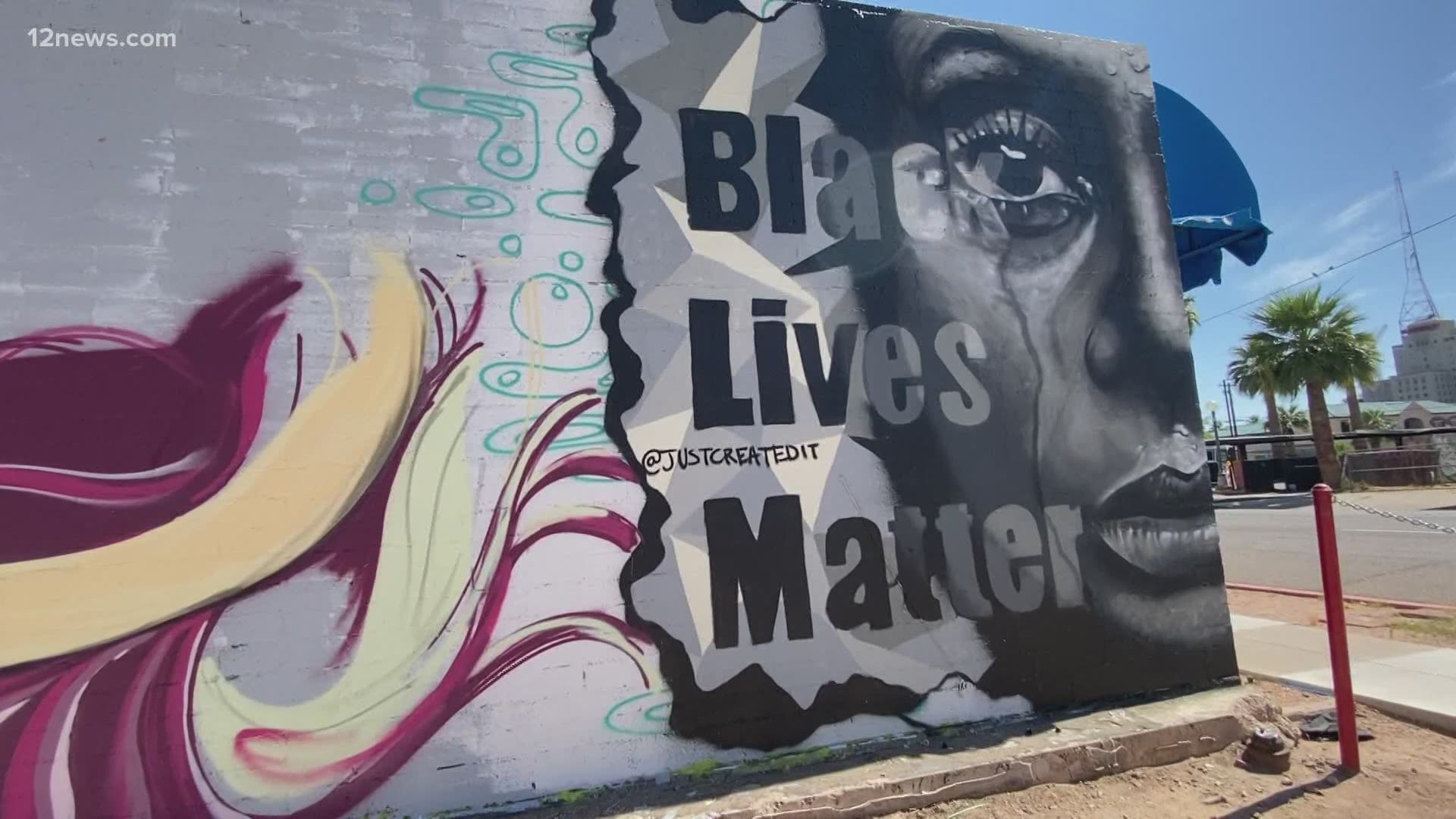