How do you avoid Thanksgiving arguments? We asked a hostage negotiator.

Here are five tips from an expert who knows how to diffuse tense situations. 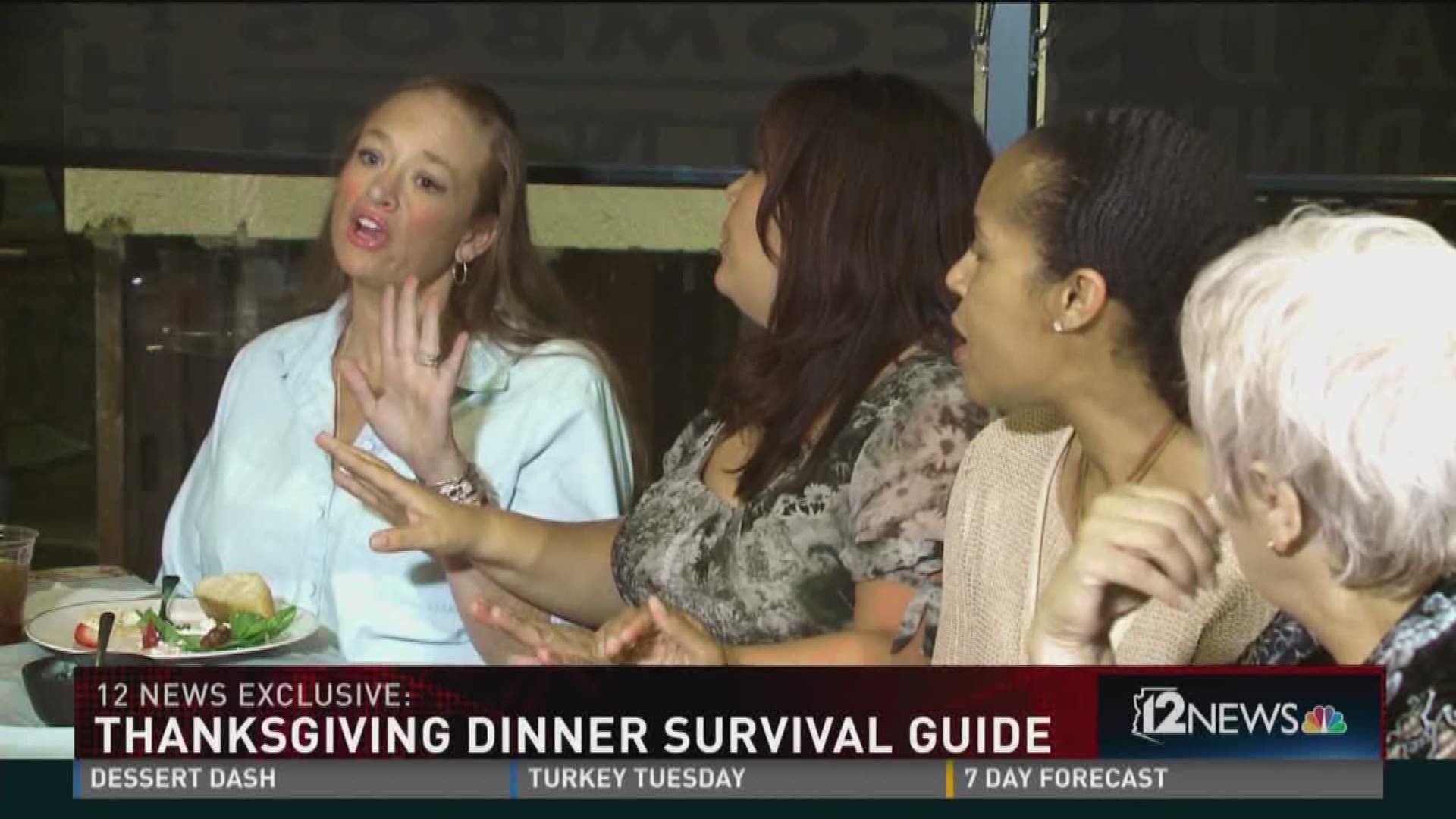 PHOENIX - Every family has that person who just can't keep themselves from starting an argument at Thanksgiving dinner.

Today's tense political climate only makes things worse when families and friends everywhere are as divided as ever before. Many of us might secretly like the conflict, but surely your great aunt Helga doesn't want the family to ruin all the hard work she put into hosting the holiday.

After all, Thanksgiving is supposed to be a day to give thanks and enjoy family. Here are a few tips from someone who made a living as a diffuser of tense situations.

Among other things, Isabella Maldonado made a career as a crisis negotiator in Virginia.

Her training is in finding common ground between authorities and criminals in potentially dangerous situations.

"If I'm negotiating with someone who let's say is in the middle of a bank robbery and they've taken hostages in the bank, I'm not ever going to agree with them that what they did was good," she said, "but I need to find out what got them there."

It's not fair to compare some of the dangerous situations Maldonado has worked in to your Thanksgiving argument, but the principles in stopping it are similar. Here are her top five tips for surviving Thanksgiving dinner without a major incident:

This doesn't mean staying silent until it's your turn to jump in and make a point. Actively listening is ACTUALLY LISTENING. This doesn't mean you need to agree, but it may help you see where that person is coming from.

Don't seat people next to others who you know have differences. Not only could this cause a verbal argument, but there's a better chance for a physical fight too.

These two words are more likely to make someone more upset in the end.

This is hard when all you want to do is tell somebody to shut up, but if you bring down your tone of voice, chances are everybody will model that behavior. Yelling only makes other people have to yell to be heard.

Talk about the food or your favorite sports team. Maybe think about topics to discuss prior to dinner so you're ready to throw them out there at a moments notice.

Also keep in mind you can't reason with a drunk or a 3-year-old so don't try! Plus, what's the point of arguing anyway? Do you really think crazy Uncle Harry is going to change his opinions after all these years? Happy Thanksgiving!