Team 12's Tram Mai is identifying the top three holiday-related disasters and how you can avoid making them. 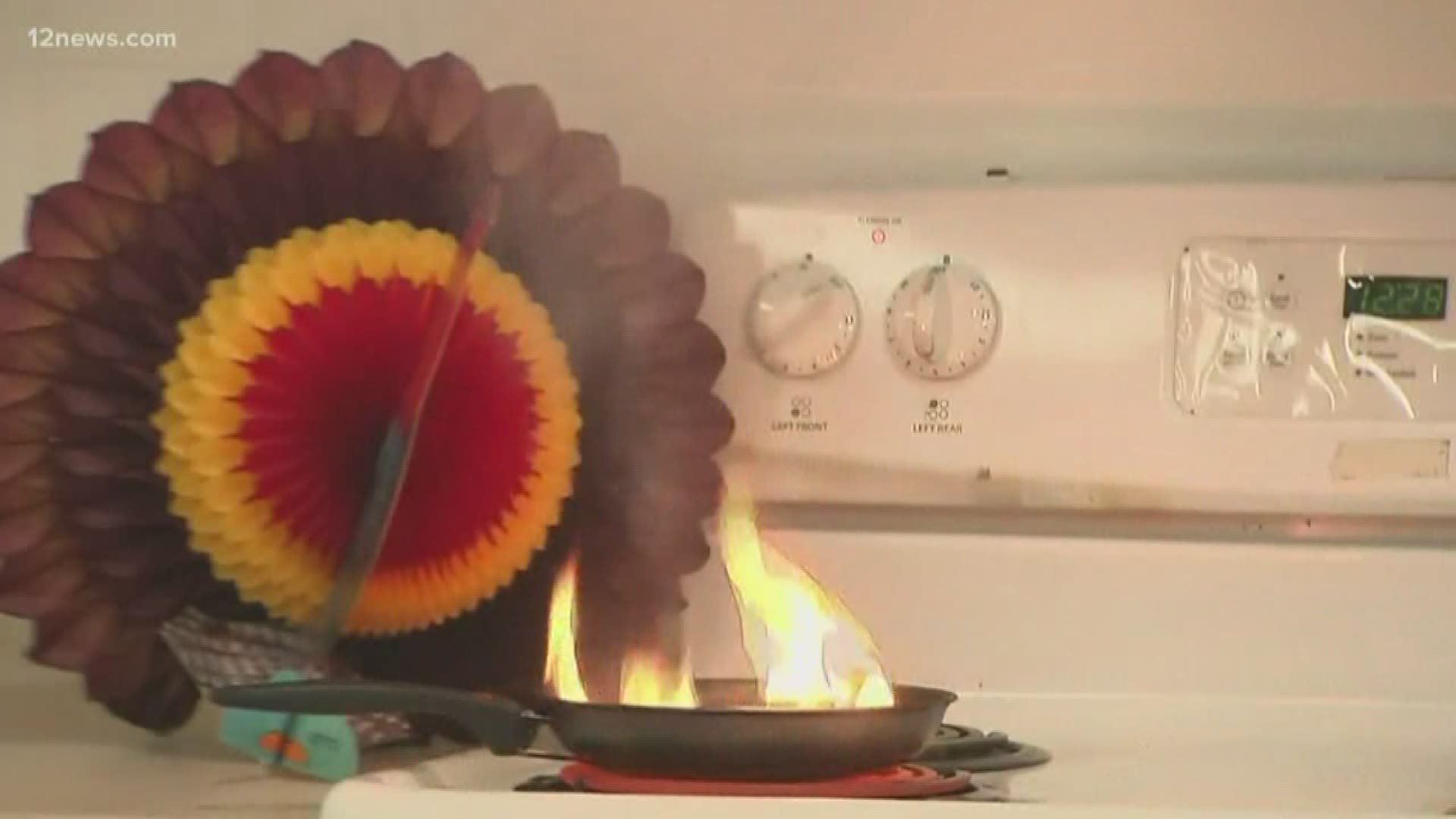 The holidays are already stressful and if you add all the dangers that we don't think always about, it can be a recipe for disaster.

But there are simple steps that you can take to keep yourself and your family safe this holiday season.

So what happens when your holidays aren't so holly?

Team 12's Tram Mai is identifying the top three holiday-related disasters and how you can avoid making them.

One major feature of the holiday season is all the home-cooked meals that you have to whip up, especially when it comes to Thanksgiving.

But cooking up that dinner can go horribly wrong very quickly.

"The most common mistake that people make is they overfill the fryer," Phoenix Fire Department Capt. Larry Subervi said.

The cooking dangers are not only lurking outside of your home: Subervi said to be careful for oven fires and stove top burns inside your kitchen.

And be sure to keep the little ones away from hot surfaces.

RELATED: How to plan ahead for a stress free Thanksgiving

"Sometimes little kids will come and grab the pot of boiling water off of the stove or they'll open the stove and have the radiant burns as well," Subervi said.

Experts say that decorating is the leading cause of injuries during the holidays.

Just ask Linda Hopkins, who fell 20 feet off an unsecured ladder several years ago while she was trying to hang lights from her two-story house.

"I fractured my pelvis in two spots and I bruised my kidney," Hopkins said.

"When I went to the emergency room they said, 'It happens all the time and you're lucky to be alive, actually.'"

So if you're planning to use an extension ladder to hang up decorations at your home, Mike Selmer with the Peoria Fire Department has some tips.

The first? It's simple: Have a partner help you.

"Have your partner 'butt' the bottom of the ladder, so it doesn't slip out as your other partner makes his way up the ladder," Selmer said.

The other? Have a good climbing angle.

"It's important that you get the rungs two to three feet above the ridge of the home so that when you get on and off the ladder, you can do it in a safer manner, you have something to hold on to," Selmer said.

RELATED: Here's when you shouldn't drive or fly for Thanksgiving

Those are not the only dangers lurking at your home.

Christmas trees can light up in flames within seconds if they are too dry.

RELATED: Keep your family safe from these 5 surprising Christmas dangers (Santa's on the list)

What should you do to avoid your tree turning into firewood? Put lights on them that are not as risky and are not hot to the touch, like LED lights. 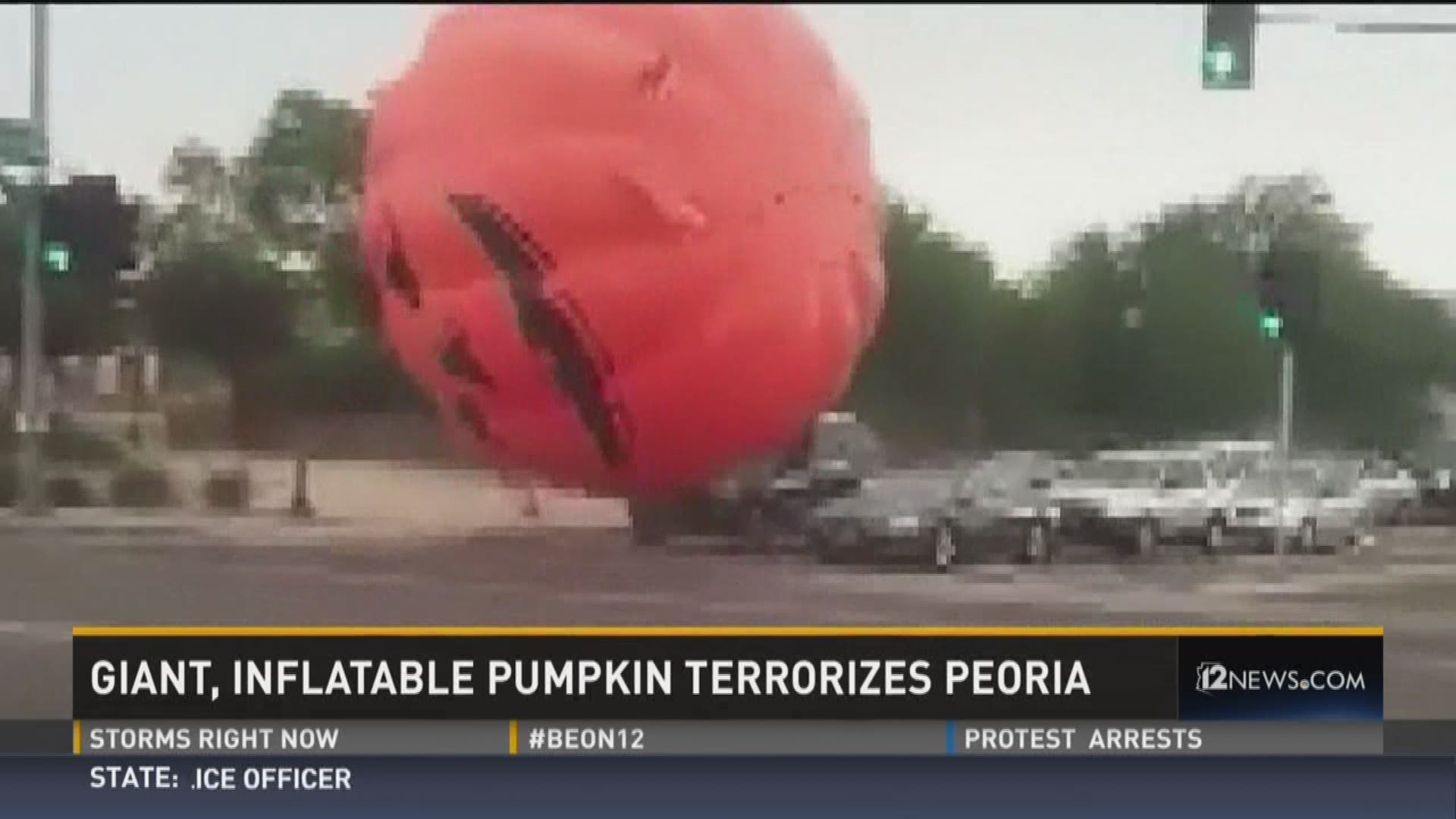 Strong winds created a dangerous situation, launching a giant, inflatable pumpkin right into traffic in Peoria. The pumpkin rolled over cars and smashed into and bent a street light. The police department even got involved.

In order to avoid your inflatables taking to the skies, Selmer says you should use heavier wire, stronger plastic tent pegs to stick them into the ground, anchor the pegs at an angle and spread the base out.

"Make it wider, come from four sides instead of three," Selmer said.

This time of year, Dr. Andrew Carroll of Chandler said people can suffer from a condition that is called "holiday heart."

"Holiday heart is when your heart has been overtaxed," he said.

You're taking in all that fluid, food and alcohol and your heart can't pump hard enough, Carroll added.

RELATED: Arizona among the states affected by latest E. coli outbreak in US

"It's important that people know about what they eat, how much of it, and then how much alcohol you're mixing in with that."

And if you like your leftovers, Carroll said you should be taking proper care of them.

"Things like salads -- especially potato salads and egg salads, things that have a lot of mayonnaise or eggs in them -- if you've left them out for more than four hours, you probably should be throwing that out," he said.