PJ Eaton was born on March 8, 2016, happy and healthy. But three months later she began to have breathing problems. 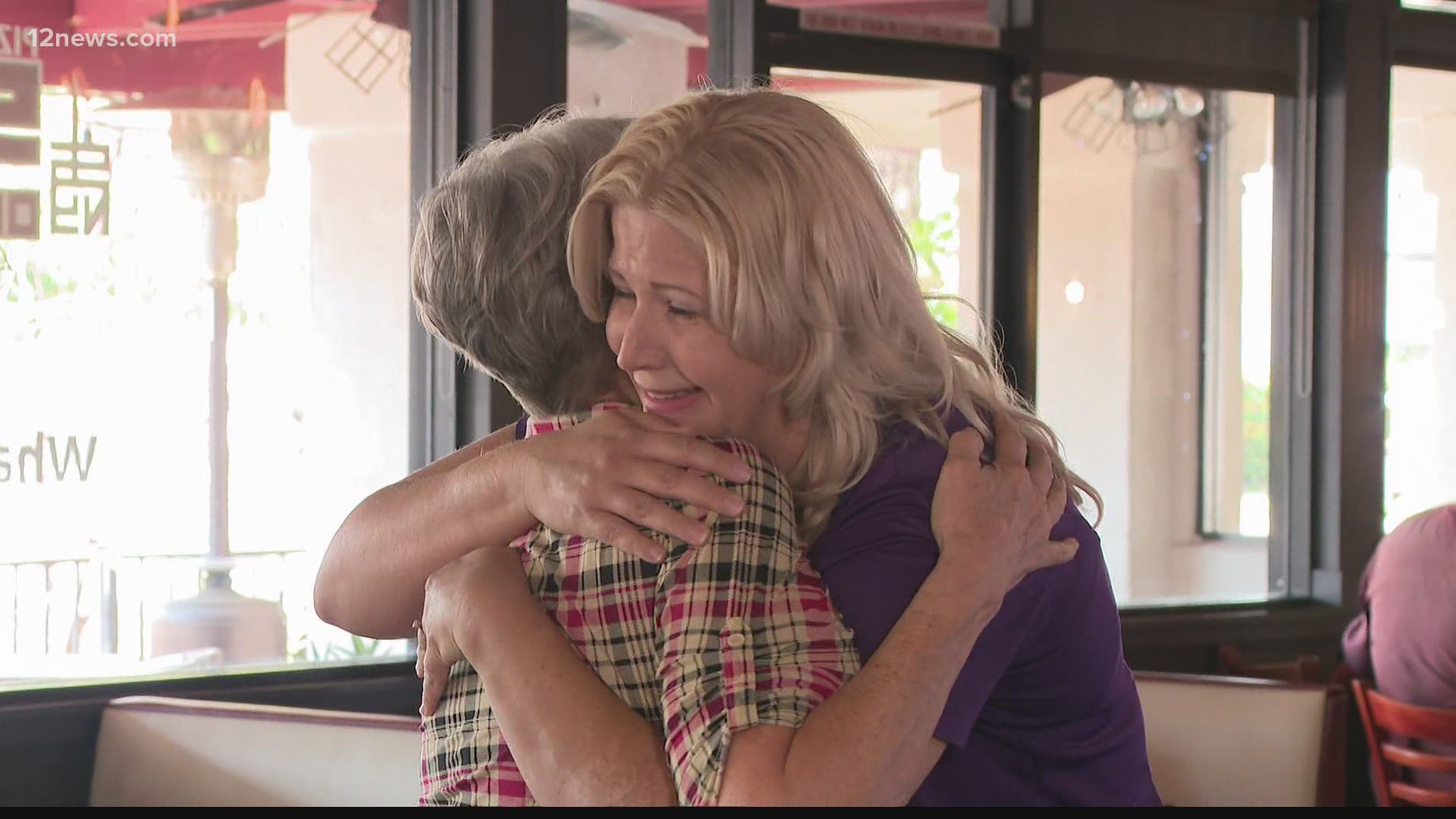 PHOENIX — Over the past 20 years, Katrina Eaton has recruited more than 225,000 blood donors, but little did she know that she would meet a blood donor that could be the one that saved her daughter PJ's life.

PJ Eaton was born on March 8, 2016, happy and healthy. But three months later she began to have breathing problems.

She was diagnosed with a genetic disorder and has undergone eight surgeries which have required five O-negative blood transfusions.

At a press conference on Tuesday at Streets New York pizza in Phoenix, blood donor Sandra Enkey was in the crowd playing the part of a fictitious newspaper reporter. During the press conference, Sue Thew of Vitalant introduced Katrina and had her tell her story.

"I'm so grateful for people that are able to donate blood and save lives, and I know that four of five units came from local donors," said Eaton.

Vitalant spokesperson Sue Thew then told Eaton there was a surprise for her and introduced her to Enkey. Enkey has donated blood more than 95 times and has this piece of advice for anyone who may fear needles and giving blood.

"Anybody that doesn't like needles, looking at that face (PJ) makes the needles worthwhile."

Because of the pandemic, blood donations are critically low right now, and are asking the public to help.  Vitalant will be holding a blood drive this Saturday, July 3rd at the Tempe Center for the Arts located at 700 W Rio Salado Parkway from 7 a.m. to 4 p.m.