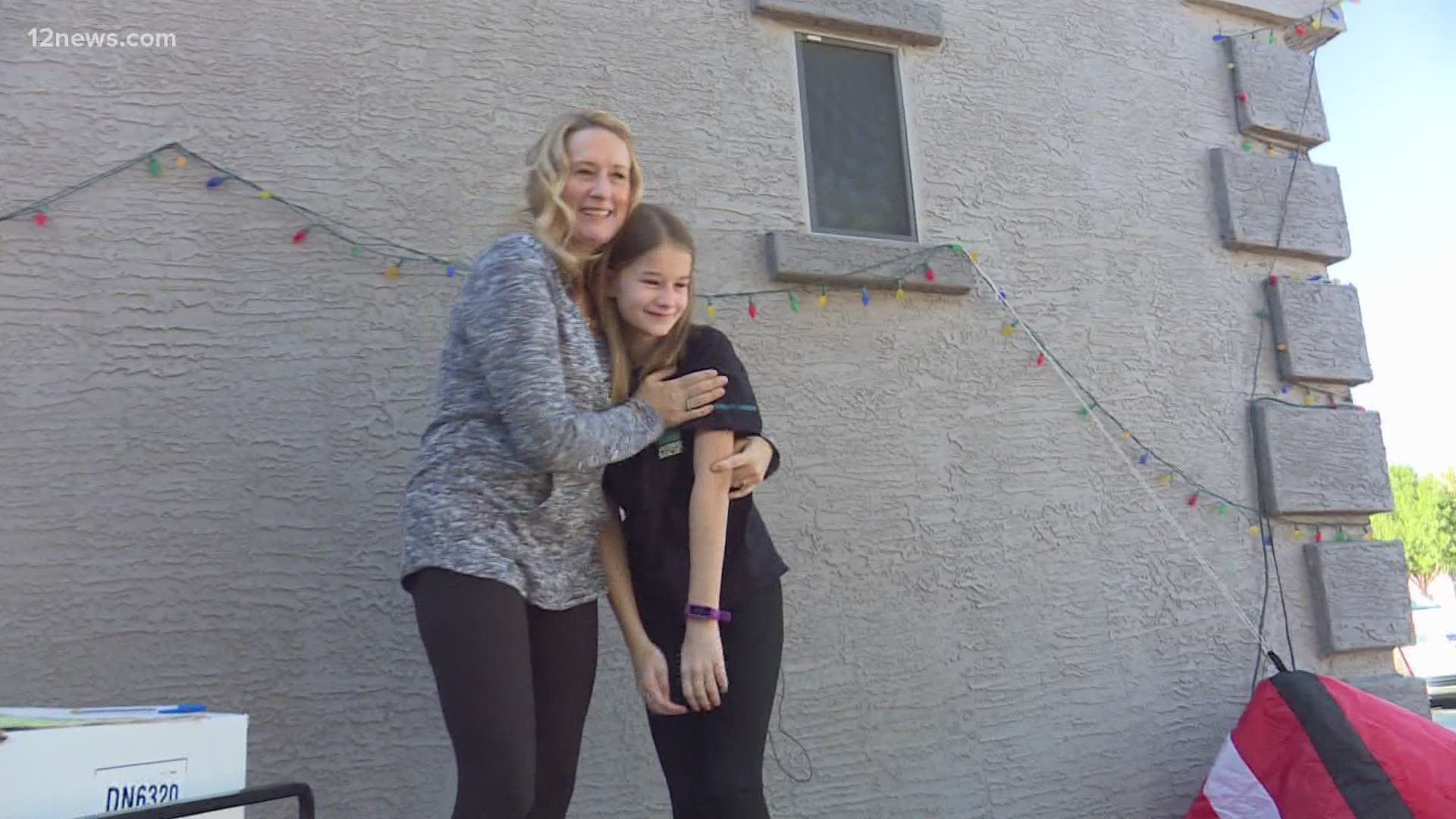 PHOENIX — A school project turned into a passion project for one West Valley fifth-grader who collected half of a ton of food for a Valley food bank.

Alivia Johnson first thought to collect food for St. Mary’s Food Bank as a class project for the National Elementary Honors Society at the beginning of December.

“I know it’s been a tough year for many families, and I feel like it’s really important for families to have good food, especially around Christmas time,” Alivia said.

So, Alivia, with the help of her parents, started collecting food from family, friends and neighbors.

“This is just the type of person Alivia is,” Carrie Johnson, Alivia’s mother, said. “She’s always wanted to do whatever she can to help other people.”

With just 13 more pounds to go to meet her goal, Alivia and Carrie set off to hit a part of her neighborhood they haven’t collected from, yet.

After just a half dozen homes, the generosity of her neighbors pushed Alivia past her goal.

“We did it! 1,000 pounds!” Her mother exclaimed as they weighed the box of goods collected.

On top of the 1,000 pounds of food collected, Alivia also collected more than $1,000 in monetary donations.

According to Feeding America, every $1 donated to a food bank helps secure and deliver up to 10 meals to those in need.

She collected her final can of food in January. Alivia says she raised enough money to make more than 13,000 meals between her food and cash donations.

Though her goal may have been met, that’s not going to slow Alivia’s efforts.

“I’m just trying to collect as much food as I can for as many families as I can.” She said.

Alivia has a page with St. Mary’s Food Bank where donations can be made under Alivia’s Holiday Food Drive.