Keston Tyree, 15, underwent his first kidney transplant surgery when he was just about a year old. 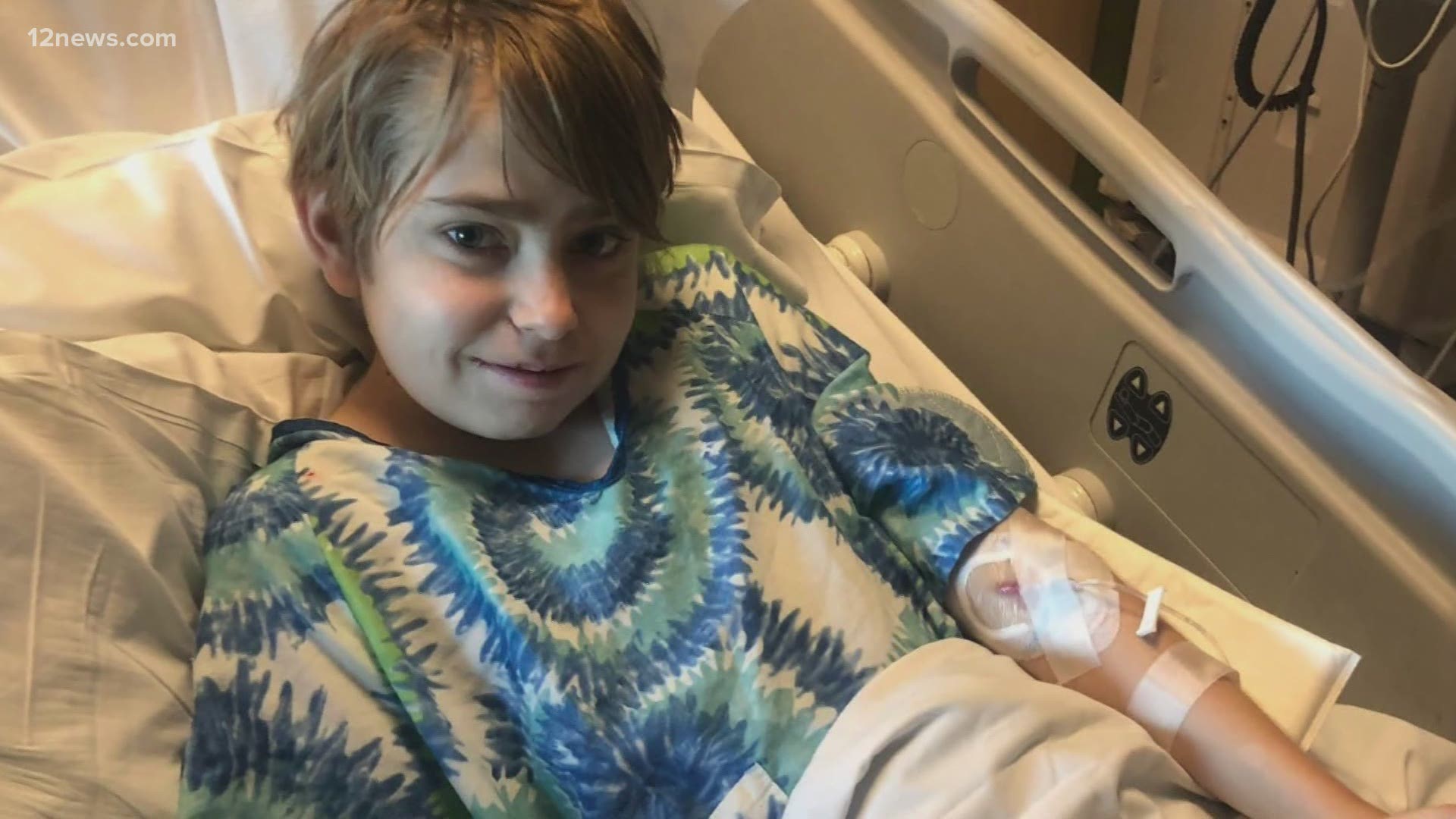 PEORIA, Ariz. — Community members showed up in a big way to honor a teen who has spent his life battling kidney disease.

Keston Tyree, 15, underwent his first kidney transplant surgery when he was just about a year old.

“They [doctors] thought it would last about 10 or 11 years; we actually got 13 years out of it,” said Malissa Tyree, Keston’s mother.

By the time he was 14 years old, Keston started to feel the effects of the failing kidney. In November 2019, he received his second transplant.

For many, 2020 has been an unusual year, filled with unique challenges and situations. For transplant patients and families of transplant patients, it’s normal. Virus or not, Keston would have been in quarantine as his body adapts to his new kidney. That’s where gaming came in handy.

“Honestly, the video game streaming has been his social outlet,” said Malissa. “Now he gets to play with his friends [online] and Zoom school, so I’m not too opposed to him playing video games a lot.”

To make Keston’s wish of a complete Gamer’s Room come true, volunteers with Discover, the credit card company, organized donations of gaming equipment and a parade to present the donation.

Dozens of cars, including Discover volunteers, police, and firefighters drove down Tyree’s street, honking horns, sounding the sirens and waving as they passed. For Keston, it was almost overwhelming.

“I really appreciate all that you guys have done; I am just really stoked about all of this and I love that you guys came out today and everyone with the parade, it was just amazing,” Keston said to the volunteers who helped coordinate his wish.

To complete Keston’s new gaming room, he received a gaming computer with two monitors, a new desk and a gamer’s chair. He plans to get online as soon as possible.

“I’m planning on streaming it on my Twitch. Playing a bunch of games, maybe playing with my brothers and having just a lot of fun with it,” he said.

Under the handle “Omegabal” on the online gaming site, Twitch, Keston plans to start streaming games of Rainbow Six: Under Siege, a popular online game.

His advice to novice gamers: “You should record your gameplay and then re-watch it and see what mistakes you do and try to get better off those.”

So, with new gaming gear set up, watch out gamers: Omegabal has some new upgrades.

Keston wasn’t the only one that enjoyed the wish, volunteers with Discover had a ball presenting the wish to Kreston and his family.

“This is honestly my first wish, so I feel really blessed that Keston’s been my first wish and that I’ve dealt with such an amazing family and had the support of Discover,” said Linda Brekken, a volunteer with Discover.

There are still around 600 kids who are waiting to have their wishes fulfilled, says Make-A-Wish Arizona. To help fill some of those wishes, visit their website, and make a kid’s dream come true.