A meeting years in the making meant the world to an organ recipient and his donor. 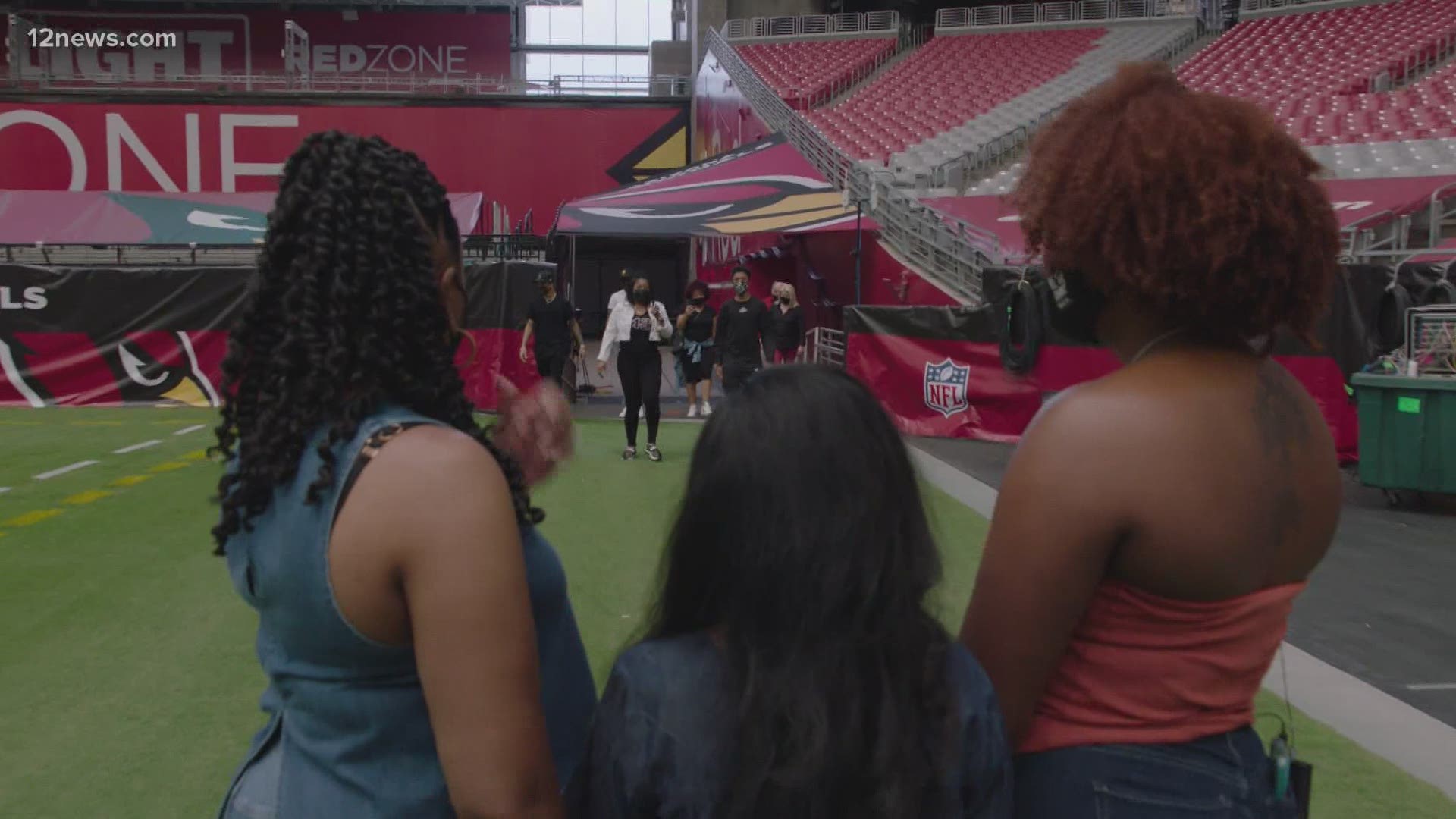 PHOENIX — Most know what happened at State Farm Stadium last Sunday, a thrilling win for the Arizona Cardinals over the Seattle Seahawks.

But few know of the event that happened the day before: A meeting years in the making that would forever change the lives of two families.

Kwincy Lassiter, 20, met the woman who saved his life four years ago while also getting the chance to honor his late father and former Arizona Cardinal, Kwame Lassiter.

“I thought it was really meaningful because the Bidwells were there throughout my journey ever since I was young and I kind of grew up with them,” said Kwincy. “It was nice for them to let us use the stadium as a meeting spot.”

Kwincy spent much of his childhood in pain, in and out of hospitals due to sickle cell disease. The only cure was a bone marrow transplant.

“Once we saw a lot more people get cured of sickle cell, we took that as an opportunity to go ahead and try it,” said Kwincy.

But, in order to get a transplant, you have to find a match. That match was then-19-year-old Texas State University student Bree Randle.

“When they told me that I was the match, I was like yes, a thousand times, I’ll do it,” said Bree. "They hadn’t even told me what I was doing, they just told me I was his match. I was like, I don’t care, I’ll do it whatever it is.”

The two now say they’ll always be a part of each other’s lives.

“I guess I wanted him to know that I wanted to donate and that I wasn’t scared or anything like that, it was a very natural response,” said Bree.

“She was almost like a perfect match for me, and not everyone gets that perfect match,” said Kwincy. “Just glad I’m able to share my story.”

Kwincy was able to find his match through Be The Match, a nonprofit organization that helps people in critical need of a marrow transplant. To become a donor, you can text “BeLikeBree” to 61474.