The Somalia-born mom has been wanting a place of her own for two years since the birth of her child. 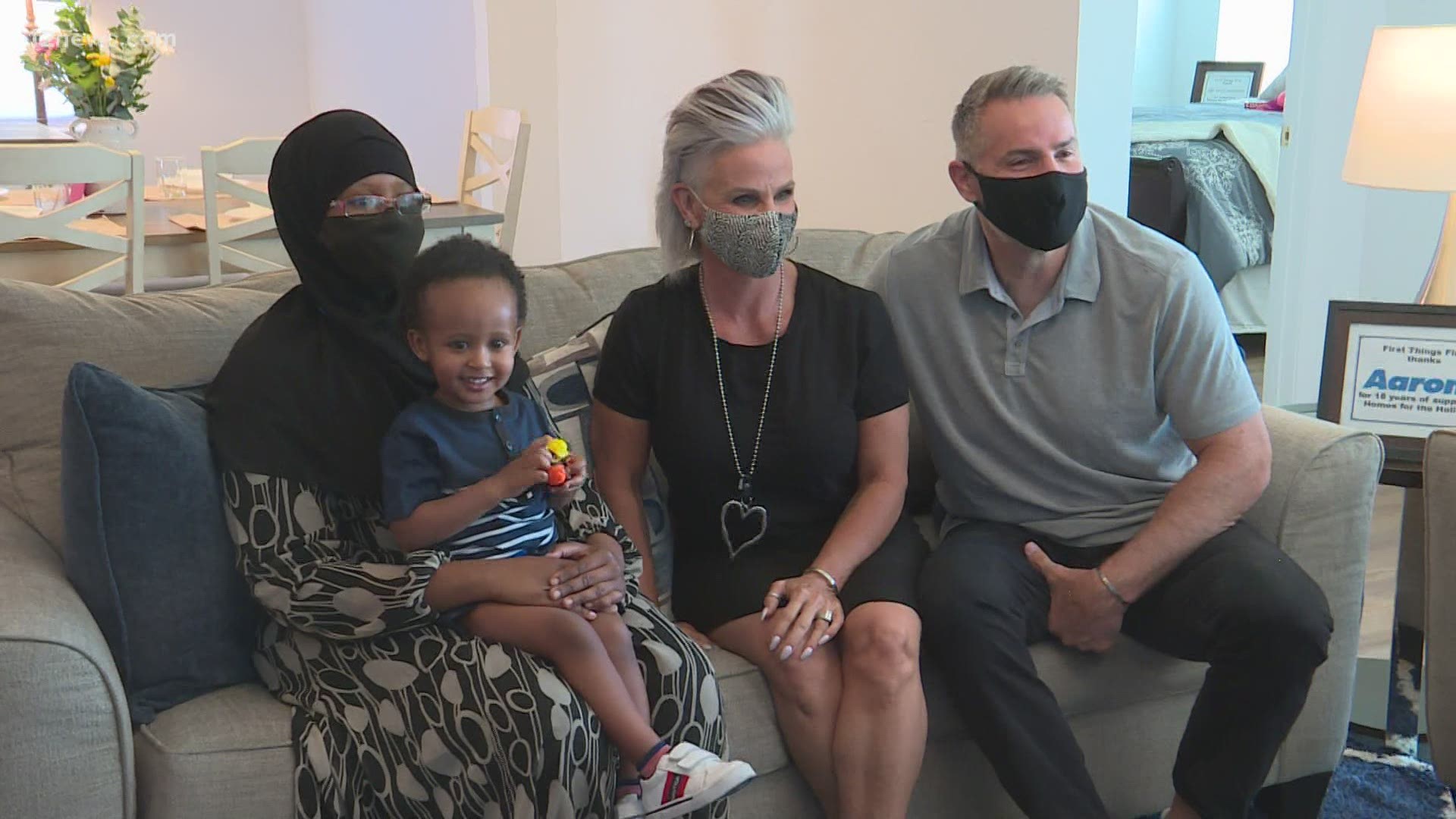 The Somalia-born Abdulkadir has been wanting a place of her own for two years since the birth of her child.

Thursday morning was moving day for Abdulkadir and her son, Khalid. The plan was to attend a small ceremony as Habitat handed over the keys to the unfurnished home, then she would move in whatever few items she owned.

Little did Abdulkadir know that NFL Hall of Fame Quarterback Kurt Warner and his wife got involved in the process through their First Things First Foundation. The Warners partnered with Aaron’s Inc. to fully furnish the house.

It is something the Warners have been doing since arriving in the Valley in 2005.

“I think back to when we got our first home,” said Kurt Warner. “And I remember the first night, we huddled together, and we pulled out a few blankets and we slept on the floor because we had nothing to put in the home.”

Abdulkadir didn’t know the extent that the FTF Foundation was involved until she first stepped across the threshold of her new home and saw- aside from about a half dozen members of the local media- couches, a dining room table and chairs, a television and beds in all the bedrooms.

“I was not expecting any of this,” said Abdulkadir. “No, I thought it was going to be a bare home.”

Days like today give the Warners a sense of life coming full circle.

“I think my favorite moment is when I get to look into the single moms’ eyes and know that I was a single mom when I start dating Kurt and I just thought ‘is there anybody out there to help?’,” said Brenda Warner. “I lived in section eight housing, and we had rats. It was just not how I wanted my life to look and I definitely didn't want my kids in that environment. So, my favorite moment is to look in her eyes and to know that she feels good, she feels safe and she feels like she can breathe again.”

Abdulkadir worked hard for her house and knows this is a new chapter in her life and the life of her son.

“It changes things tremendously,” said Abdulkadir. “Especially given that my son is growing up, so it definitely provides us with better stability, like schooling. More permanency.”

Now having her home, fully furnished, Abdulkadir can focus on her family’s future.

“We know this is a blessing that is going to pay dividends for the long term to create memories and moments and family gatherings and things for a little Khalid,” said Kurt Warner. “When he has friends over and being able to grow up in a place that they can call their own is really, really special.”

Kurt and Brenda Warner are quick to give credit for making Abdulkadir’s early Mother Day special to the companies that donated to make it happen, including Aaron’s Inc., U-Haul, Brooklyn Bedding and Sprouts.