Seventeen-year-old Jonathan Ferretti found a way to interact with other patients even though he can't meet with them in person. 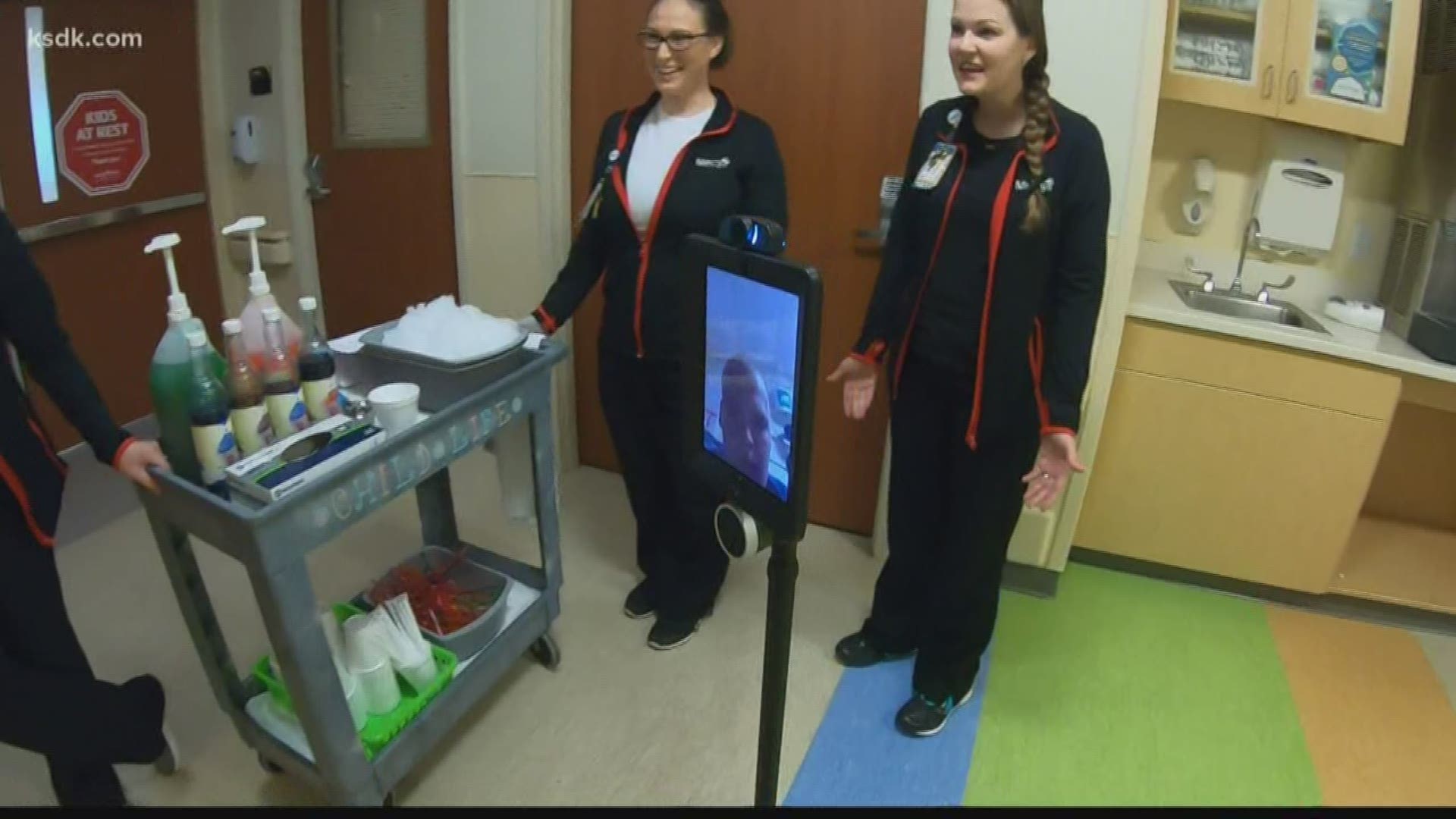 But fighting it as a kid takes another kind of courage entirely.

Seventeen-year-old Jonathan Ferretti found a way to interact with other patients and brighten their days at Mercy Children’s Hospital, even though he is quarantined.

"They admitted him to the isolation room. He had zero immune system when he came in," said his mother Julie Ferretti.

"It was really messing with me that there were kids on this floor 10 years younger dealing with the same thing I’m going through," Jonathan said.

So he decided to deliver snow cones with the help of a robot he controls from his room.

"I can talk, I can drive it around. I made sure to say 'hi' to everybody."

Along with the help of nursing staff, snow cones from Jonathan have become a treat that kids look forward to.

"It’s the biggest reason why I wanted to do snow cone day," Jonathan said. "For the kids having a hard time like me."

Jonathan has a long road to recovery, at least six months of treatment, so chances are he will be employing Operation Snow Cone many more times.

Opinion | Why the Spider-Man Marvel-Sony reconciliation needed to happen

US probe of vaping illnesses focuses on THC from marijuana

'2 months and nothing seems to be done' | University City neighbors wonder why it's taking so long to repair sinkhole, reopen road