When Phoenix's planning and development division heard what happened, they pulled a team together to make her home livable again. 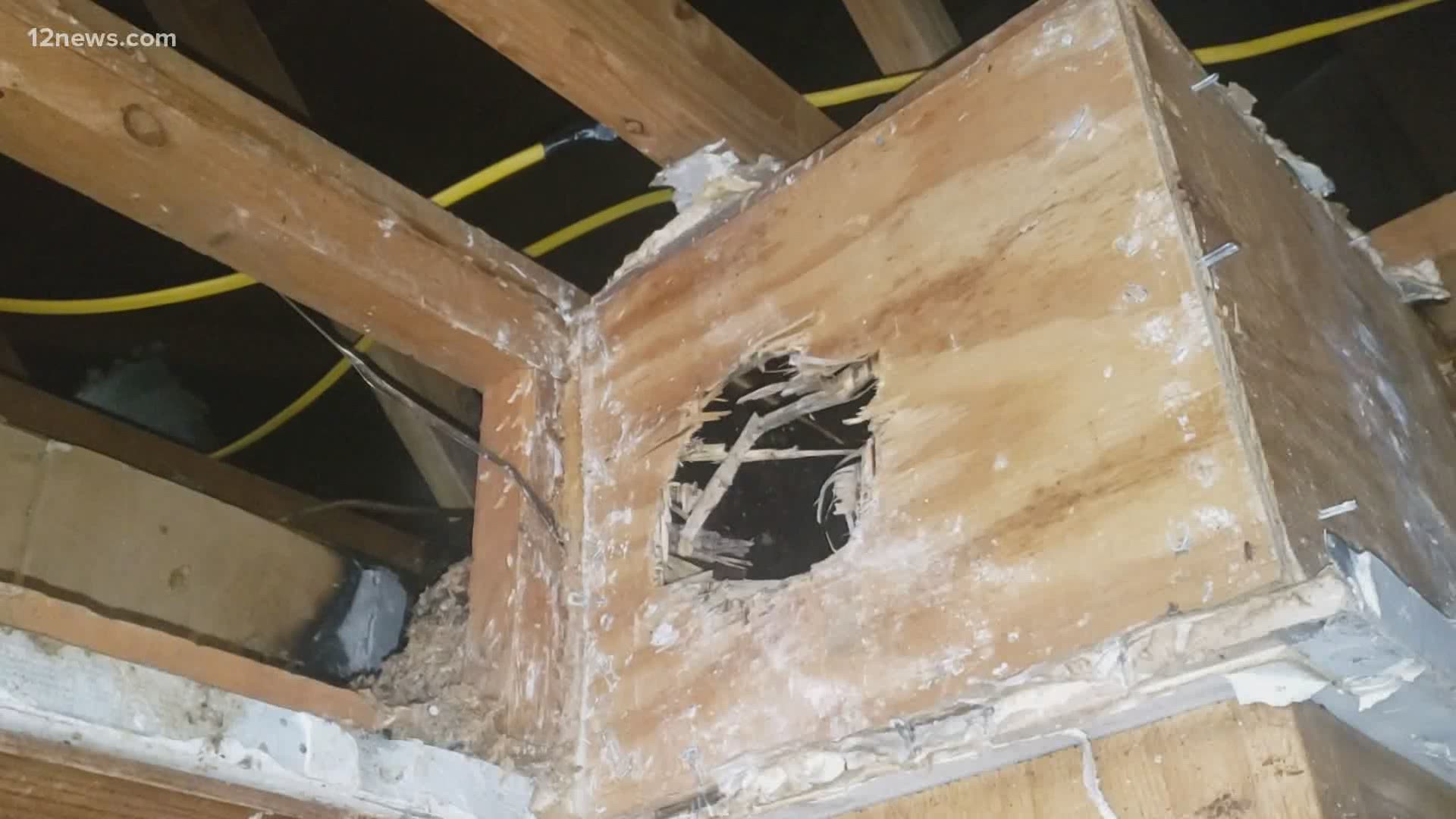 PHOENIX — It’s a story that makes you want to step up to help someone in need.

A Phoenix woman who’s home ignited after hiring an unlicensed contractor to do work at her home found herself living in unthinkable conditions.

For the past several months, she’s been trying to cope with no electricity and part of her ceiling missing.

But when Phoenix's planning and development division heard what happened, they pulled a team together to make her home livable again.

“Horrible with no electricity, no washing machine, no heat, no cool… can’t cook, can’t keep anything without spoiling,” said Mary Chavez, describing what life has been like since October.

This after a fire ignited following a visit from an unlicensed plumber, trying to relocate the water heater from gas to electric.

“I thought I was burning something on the stove,” she said.

But when she looked up?

Mary and her boyfriend were able to get out safely, but the damage left behind was devastating.

“Like a bonfire,” she said. “I thought he was good… he said he had done it for years… he said it never happened to him before.”

“It looks like it started in this area here,” said Don Councilor, the general inspections field supervisor for the City of Phoenix.

When he heard what Mary was going through?

So, he rallied a group of contractors together, who’s donating time and materials.

MORE GOOD NEWS: Evicted single mom of 5 pays it forward after getting help of her own

Thanks to LeBlanc Building Company and Gable Family Builders, she’ll get new framing materials and the team from Patterson construction is putting a new roof down.

“We’ve been going full bore since the pandemic started,” sad Councilor. “We’re taking care of our customers on a daily basis.”

The month of May is Building Safety Month with the International Code Council, so Mary’s home is now their 2020 project.

“New AC system, new duct work, new swamp cooler,” he said. “They’re going to insulate it, they said they could probably do all new appliances and probably new windows.”

“Where we can survive,” said Chavez. “He’s going beyond… I think it’s too much.”

“Phoenix is all about helping someone rise up out of the ashes,” said Councilor. “What a more perfect project than this one.”

Mary is counting her blessings.

“Thank you! Thank you! I will always remember this wonderful thing,” she said.

A reminder for others - always hire a licensed contractor to do any kind of work on your home.

“You have to, otherwise you’ll get what you don’t want,” she said.

If you’d like to get involved in helping rebuild Mary’s home, go to this link: https://www.phoenix.gov/pio/helping-mary.